Wood For The Trees: Can you be a socialist and anti-Marxist? 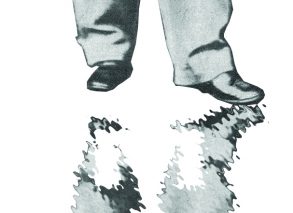 It is sometimes claimed that it is possible to be a socialist without being a Marxist; in an attempt to answer this we might begin by reversing the assertion and ask is it possible to be a Marxist without being a socialist? Any variety of ‘ism’ is capable of various interpretations but they all depend on at least one principle – that an individual identifies with others in terms of a perceived shared political perspective. This perspective is in turn dependent on the social, historical and moral-cultural context. The individual is more or less theoretically free to identify with any of the pre-existing (and evolving) political perspectives that he or she is born into. The level of rational coherence will differ according to the needs of the individual and the ambitions of the political group that is embraced. As a member of this group, the individual will then set about to convince others of the political efficacy of his cause so that the desired social change can be attempted. As with all such groups, there will be an internal dynamic that causes it to change through time. For socialism, one such occasion was the activity of one of its advocates: Karl Marx.

Although a member of the Communist League and then the International

Workingmen’s Association Marx became primarily a theoretician and journalist rather than a party activist in his political maturity. His main gifts to socialism were his theories of economics and historical development. These ideas embraced and then eclipsed in importance the moral outrage at the manifest injustices of capitalism that had characterised the motivation for socialism formally. Many have declared that his work transformed socialism from idealism into a form of science. Certainly, a thorough understanding of surplus value and historical materialism would define a profound difference between Marxism and the Left who would still cling to moral outrage as their primary ‘call to arms’. The political consequences of Marxism would also demand a thoroughly democratic mass movement which was anathema to both the elitist paternalism of socialist idealism and later to bureaucratic Bolshevism. Today we still have people who insist that they are socialists whilst declaring Marx’s main theoretical discoveries invalid. Their reasoning for this usually consists of aligning Marxism with the failed Bolshevism of Soviet Russia – but given the complete lack of political and historical evidence for this conclusion, it is more likely that a mixture of ignorance of Marxism together with a bourgeois belief that others need to be led politically is what really underlies their objections.

Another objection to Marxism by the ‘moderate social democrats’ is its association with violent revolution as portrayed in the many images of beret-wearing and AK47-wielding leftist radicals all through the latter part of the twentieth century. Many ‘liberation movements’ labelled themselves as Marxist at that time without any specific reference to – or understanding of – Marx’s work. These movements were, almost without exception, inspired by Lenin’s Bolshevism that politically contradicted most of what Marx believed. Indeed the association of revolution with an armed insurrection derives entirely from the bourgeois revolutions of Holland, England, America and France where one minority class (the aristocracy) was replaced by another (the bourgeoisie). Ironically the downfall of the Russian state capitalist empire and its replacement by a conventional capitalist system more closely resembles the relatively peaceful revolution that Marxists anticipate when the majority loses faith in the political structure whatever form of capitalism it represents.

Another irony of Marxism is its representation in academia – not just in terms of politics but the study of history, culture, economics, philosophy, the performing arts etc., all include a Marxian school which is considered, even within bourgeois culture, as intellectually respectable. It seems that once let out of the bottle the Marxian genie cannot easily be put back in. Some of these intellectuals, although they make use of Marxian dialectical analysis, make no claims to be Marxist socialists. Intellectual elitism might well make this impossible for some of them but it does seem to prove that it is possible to be a Marxist within some disciplines and not be a socialist. So what of the claim that you can be a socialist without being a Marxist?

Some have said that to be a socialist without reference to Marx is like claiming to be a physicist without reference to quantum mechanics or a biologist without reference to Darwin’s theory of evolution. Even outside of the ‘hard sciences’ no historian, philosopher, economist or anthropologist can escape a mention of Marx, even if it is just an attempt to refute his conclusions. How much more ridiculous is it for a ‘socialist’ to refute Marx without even attempting to understand his work. For those who claim to have understood his work and still reject the theories of surplus value and historical materialism whilst simultaneously claiming to be socialists, we can only point to 100 years of failed leftist dictatorships or reform programs to emphasise just how tragically mistaken they are.