Book Review: ‘The Value of Everything – Making and Taking in the Global Economy’ 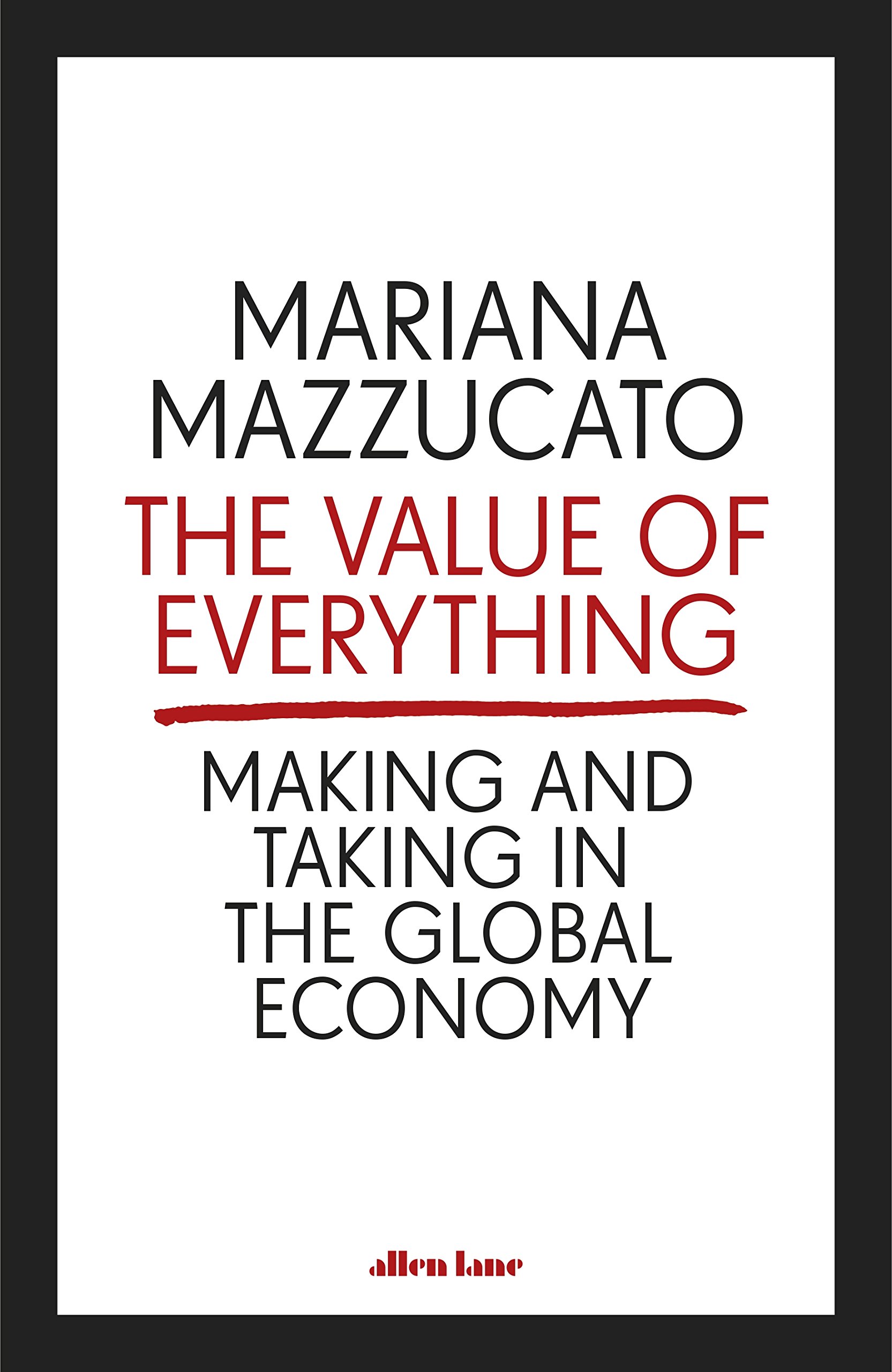 The value of value

‘The Value of Everything. Making and Taking in the Global Economy’. By Mariana Mazzucato. (Allen Lane. 384 pages. £20, hardback)

Mariana Mazzucato follows up her previous book, ‘The Entrepreneurial State’, with this fascinating look at how theories of value shape policy and economic behaviour. She reprises the core of that previous book in a chapter of this one, showing how much of the innovative success of capitalist firms in recent decades (such as the internet, GPS, etc.) actually stemmed from investment by the state, and only after the risky stage of product development did private capital swoop in to enormous rewards.

She begins with a brief history of national accounting, and how the question of the productive boundary – what is and is not a productive endeavour – gets brought into measuring these accounts. She notes that how we define this productive boundary shapes how we assess economic performance. She gives examples of difficulties: cleaning up pollution caused by industry adds to the productive side of the economy, but is actually correcting a major damage caused by cost saving by another firm. She notes that there is no economic accounting for housework and child rearing. She also points out that despite the role of the state in investing and driving innovation, the state is seen as inherently unproductive.

Her goal is not to define a new way of looking at value, but to open up the debate on why a theory of value is needed. She notes that the current orthodoxy, marginal utility theory (which essentially sees value as deriving from how useful the next additional unit of a good is, rather than how useful a good is in itself). Essentially, as she notes, this resolves into saying that the value of a good is whatever anyone is prepared to pay for it (and thus any good or services anyone pays for is productive). As a theory it abolishes any standard of value to measure prices by (it doesn’t allow for the concepts of bargains or rip-offs) and justifies the idea that markets are the most efficient measure of demand.

As she notes, marginal utility theorists maintain there is no unemployment, just a rational choice between income and leisure. As there is no measure beyond the market, it means that financial industries, that were once considered unproductive and merely distributive of wealth, can claim to be part of the productive economy. She passes into a quick mention of the idea that banks create money, with the added and helpful twist that sees that alleged ability deriving from the near monopoly of banks created by the state licensing system. This means, in effect that it isn’t private banks creating money, but the state.

She also gives a brief schematic account of the labour theory of value, and an account of Marx’ place in the history of the discussion of what is productive. She gives one of the better accounts of Marx’ theories you’ll likely find in any popular economics book. Marx noted that any activity that generates a surplus value for a capitalist was productive. What Mazzucatto misses in her account, is that Marx was clear that this was productive for capitalists and within a capitalist economy. This ‘valuable, for whom?’ is missing in most of her account, although she clearly gives hints that she would rather see a system of value accounting that gives a positive role to the state.

Her perspective is broadly Keynesian, seeing the struggle between the rent seeking of finance and the productive capacity of industry, and siding with productive capital. One aspect of her narrative that seems to undermine her case for stricter financial regulation, is that she recounts how the banks broke out of their previous regulated regime, and basically forced deregulation. Where there are profits to be made, they will be sought.

This is a useful read, and an opportunity for socialists to get involved in a debate about ensuring that the best way forward is to put an end to economic value through common ownership and the production of an abundance of wealth for use rather than exchange. We would still need mechanisms to assess resources and effective use, but we wouldn’t need a singular measure of personal wealth like a private market economy requires.