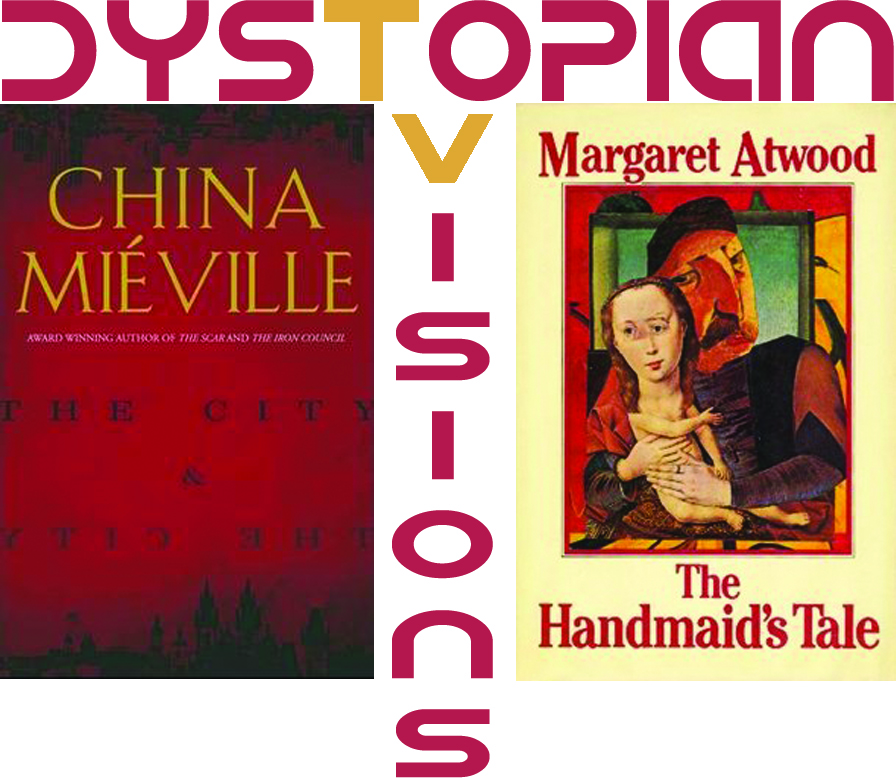 You’d be forgiven for thinking the world was turning into some kind of dystopia, like the old Cold War again but with creepier people in charge. Dystopias have come back into fashion on the telly as well, following the popularity of the adaptation of Margaret Atwood’s The Handmaid’s Tale (see July 2017’s Socialist Standard). Less striking, but still worth a watch is BBC2’s recent The City And The City, a mash-up of a police procedural and dystopian thriller, based on the 2009 novel by China Mieville. The main criterion of a dystopia is that it’s set in a fictional society somehow worse to live in than our own. The City And The City gives us two joyless settings for the price of one. The cities of Beszel and Ul Qoma share the same space, but are divided. They’re not separated by Berlin Wall-style fences and soldiers, but by the citizens of each city being trained to ‘unsee’the other. Blurry shapes can be made out across the other side of the street, but otherwise the cities could be miles apart. Campaigns to unify the cities are illegal, while most people have just learnt to accept the strange situation. Both Ul Qoma and Beszel have fascist regimes, which have created drab, rule-driven societies. When people cross legally between cities, they must attend a two-week induction course to orientate themselves. Crossing over to the other city without authorisation, and even recognising it, is a grave crime called ‘breaching’, which involves a citizens’arrest, a nasty interrogation and an unknown penalty.

Although the TV version doesn’t dwell on any meaning behind the populace being blind to what’s around them, it reminds us of what we unsee in the real world. As Andrew McKie wrote in his review of the novel in the Spectator (20 June 2009), ‘all city-dwellers collude in ignoring real aspects of the cities in which they live –the homeless, political structures, the commercial world or the stuff that’s “for the tourists”’. Like the characters in the drama, we can get used to shutting out what we don’t want to confront.

The stylish, imaginative design work almost distracts from how the drama reuses lots of familiar tropes. The police procedural aspect of the story starts with the murder of a young woman, which is investigated by a gruff, troubled cop with a personal connection to the case. The dystopian setting borrows imagery from Cold War-era Eastern Europe, from the styles of architecture down to the propaganda posters. The dystopian plot has echoes of Orwell’s 1984, with its paranoia, the character who flirts with a resistance movement, and harsh punishments for breaking the rules. What’s more original in The City And The City is the weird set-up of the two separated communities, and the truth behind the subversive rumours of a third city, supposedly a utopia.

The City And The City and The Handmaid’s Tale are not the only recent dystopian dramas on television. Last year’s SS-GB was set in an alternative 1941 where Britain was occupied by German Nazis, and several episodes of the anthology series Black Mirror have imagined different hellholes caused by society becoming too reliant on technology. On the big screen, dystopias have been the settings for popular films like Ready Player One, Blade Runner 2049 and The Hunger Games series. These have all followed the usual pattern: the writer takes a particular trend in the real world –such as fascism, surveillance technology or alienation –and extrapolates it until it dominates their invented future. Left-wing principles are criticised in dystopias as much as right-wing ones, as in 1984’s regime as well as in the surprisingly large sub-genre of dystopias aimed at teenagers. Ewan Morrison, writing in The Guardian (1 September 2014), was suspicious of blockbuster young adult dystopias like The Hunger Games, Divergent and The Giver, which he says are ‘whether intentionally or not, substantial attacks on many of the foundational projects and aims of the left: big government, the welfare state, progress, social planning and equality’. He was concerned that modern dystopias surreptitiously instil right-wing libertarian ideals, especially by having individualistic lead characters. A more balanced view, though, is that dystopias should challenge all aspects of capitalist society, left and right. They are warnings of what could happen to society and ourselves if we become complacent to troubling aspects of the world, especially divisions between people. Although with the depressing direction which global politics is taking, dystopias will have trouble keeping up with reality.