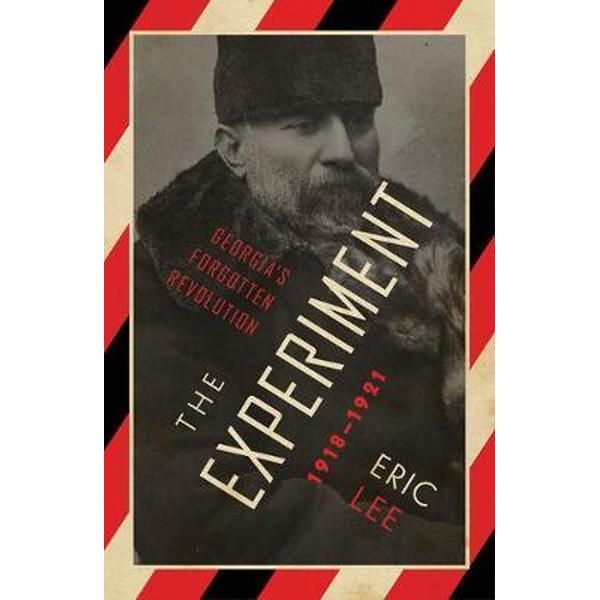 Georgia is a country located south of the Caucasus mountains and between Russia and Turkey. A hundred years ago this May, Georgia declared itself independent as did a number of other former Russian territories. Eric Lee’s book, looks at the short-lived ‘democratic socialist’republic and its wider context, including its smaller scale predecessor the ‘Gurian Republic’.

Lee writes: ‘Between the Communist Manifesto in 1848 and the Russian Revolution in 1917, there were only two examples of socialists seizing political power and attempting to realise their vision of a new society. One was the Paris Commune of 1871 …the other was the Gurian Republic of 1902-6, widely known at the time but largely forgotten today.’

Georgia was a remote outpost of the Russian empire, and the vast majority of its inhabitants lived in poor rural communities. Guria was a desperately poor district in Western Georgia. What happened in Guria foreshadowed the later triumph of ‘democratic socialists’throughout Georgia.

‘The Gurian Republic, led by an orthodox Marxist party, instead of a few weeks, lasted for several years.’ ‘The Gurians helped to solve the land problem by redistributing land directly to the peasants, and curtailed the power of the tsarist state and the church. They instituted a kind of direct democracy in their villages. These were no small accomplishments –most happened, before 1905, when Tsarism was strong.’

Lee explains that no  party claiming to be Marxist had yet come to power anywhere in the world, but by the summer of 1914, it seemed like that day was not far off. The Social Democrats  were the largest party in the German parliament, and the second largest party in France, even in the United States, so they seemed on the cusp of making a breakthrough.

When Tsarism collapsed, Georgian Social Democrats had no intention of seceding from Russia; independence was not on the agenda. It was only after the ‘October revolution’(the Bolshevik coup) in Russia, that Georgia took matters into its own hands. Georgian military forces raided the arsenal in the capital Tiflis, Russian soldiers stationed there surrendered and Lenin was reportedly extremely displeased.

In the Russian Constituent Assembly elections in November 1917, Georgia again returned representatives who were overwhelmingly Mensheviks. This did not translate into a Menshevik majority in the Russian Constituent Assembly where the ‘Socialist-Revolutionary’party won a comfortable majority over the second-placed Bolsheviks with Mensheviks a distant fourth. It was this result that prompted the Bolsheviks to dissolve the assembly by force

On May 26 1918, Georgia proclaimed its independence. Elections in 1919 (where suffrage was universal, equal and secret), returned even bigger landslides for Social Democrats, even under proportional representation.Trotsky railed, falsely portraying a powerful Georgian Bolshevik party ready at any moment. Kautsky countered this, and the archives bear out Kautsky. Trotsky and other Bolshevik propagandists then tried portraying Georgia as colluding with Anton Denikin’s White Army. Again, this is contradicted –this time by British dismay that the Georgians were repelling Denikin contrary to British orders.

Lee writes the most important action was their agrarian reform, selling state land to peasants. In this they were following Plekhanov’s municipalisation of land model and rejecting Lenin’s nationalisation of land which was thought to  lead to back to ‘a semi-Asiatic order’.

In Chapter 9 on co-operatives Lee describes the French Social Democrat leader Jules Guesde’s politics as purist and fanatical ultra-leftism. He writes that Guesde gave an example of his Marxist fundamentalism in July 1910, it is impossible to attach any socialist value to co-operation in itself. Anyone who suggested otherwise, he considered utopian.・ This is unfair to Guesde who wasn’t arguing that cooperatives were useless, only that on their own (‘in itself’) there was nothing socialist about them, as their subsequent history has shown. His views can be found here: www.marxists.org/archive/guesde/1910/dec/cooperatives.htm

In 1920, three participants from the Second International, Kautsky and two Belgian Social Democrats, Vandervelde and Huysmans,visited what they saw as ‘the most perfect Socialism in Europe’–not Russia under Lenin, but the provincial backwater known as the Georgian Social Democratic Republic.

The British Labour Party delegation drew just as stark comparisons between the countries; Ethel Snowden’s criticisms of Bolshevik Russia were later published in a book Through Bolshevik Russia (to the annoyance of the Left in Britain), and Labour Party leader Ramsay Macdonald claimed the Georgian republic shared the aims of the Independent Labour Party.

Georgiawas undoubtedly, as Lee says, ‘a vision of a new society radically different from the one Lenin, Trotsky and Stalin were creating’. It was a pluralist, multi-party democracy of free elections, where the constitution guaranteed universal suffrage, a free press, separation of church and state and abolished the death penalty.

Russian Bolsheviks (re)conquered Georgia in 1921 despite fierce resistance and rebellions (the biggest of which was suppressed and whitewashed by German Communist leader Clara Zetkin). Heartening though was the reception Stalin’s return to Georgia got, on addressing a crowd of 5,000 workers. He congratulated them on ‘overthrowing the Menshevik yoke’, whereupon audience members heckled ‘Lies! There was no Menshevik yoke here! There was no Communist [Bolshevik] revolution in Georgia! Your troops have removed our freedom!’.