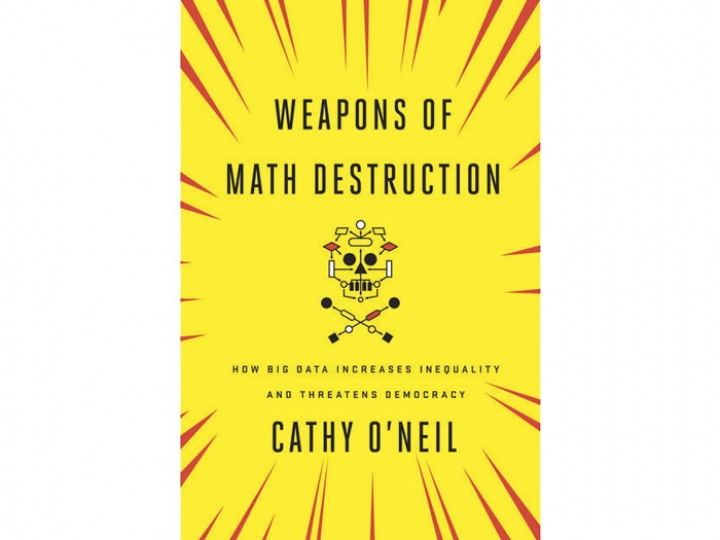 Computers may hold massive amounts of information about individuals, and can process this information to come to decisions which affect people’s lives. But it is often unclear what the basis is for the programs that do this processing, and their consequences can often be quite dire. The mathematical basis of the processing leads O’Neil to call them ‘weapons of math destruction’ (abbreviated, of course, as WMDs). Her book mainly relates to developments in the US, though that does not excuse a reference to ‘the British city of Kent’.

As an example, many job applications and their accompanying CVs are not examined by people at all, but only by WMDs, which among other things make use of personality tests which, for instance, ask applicants whether they are best described as ‘unique’ or ‘orderly’. If you have a bad credit score, that is likely to make you an unreliable worker, as reliable people pay their bills on time. If having a bad credit score stops you getting a job, then naturally that will not help your credit record, so the whole thing becomes a self-fulfilling prophecy. Moreover, what is used is often not a real credit score but what is termed an e-score, a kind of rough estimate that may use information such as where you live, rather than whether you pay bills on time.

This illustrates a general problem with WMDs, that they analyse you by looking at ‘people like you’, rather than truly dealing with you as an individual. Also, rather than dealing with truly relevant data, they rely on proxies, substitute information that may or may not be accurate, such as a supposed correlation between a person’s postcode and their likelihood of paying back a loan. Add to this the fact that much information that is held on computers is inaccurate: you may be in real trouble if someone with the same name as you, or even a similar name, has a police record.

In a slightly different area, Facebook determines what its members see on its social network, though the algorithms that lead to these decisions are opaque. This is particularly important when people get a lot of their news on Facebook. O’Neil says that Facebook is not a political WMD, as its network is not used to cause harm, but ‘the potential for abuse is vast’.

It is clear that WMDs, and much computer processing of data, emphasise efficiency and cost-saving over any concept of fairness or treating people equally. In this respect they are really just the latest extension of how capitalism works. O’Neil suggests that they could in principle be used to, for instance, identify and help problem families, but that is not what the profit system is interested in.

‘The Death of Homo Economicus. Work, Debt and the Myth of Endless Accumulation’, by Peter Fleming (Pluto Press, 2017) 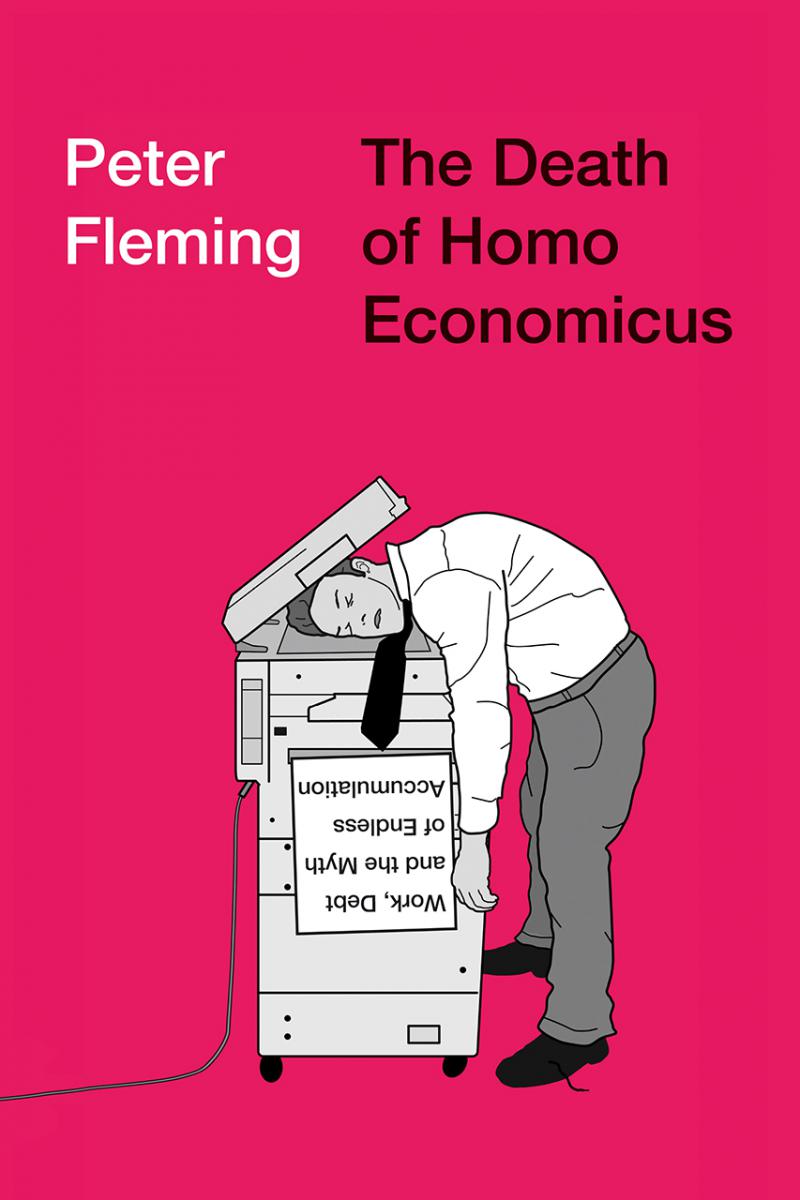 It’s a good title for a criticism of the view that economics can be explained as people behaving as if they were profit-seeking enterprises. Fleming says that this has now led to a ‘wreckage economy’  where the economists’ ‘dollar-hunting animals’ perform meaningless work and lead empty lives; homo economicus is dead and survives only as a zombie.

Today, Fleming argues, the preferred way for capitalist firms to make money is not to create new value but to devise ways of tapping in to pre-existing income streams, to pursue interest rather than profit. There is some truth in this ‘financialization’ of parts of the capitalist economy, but a rip-off economy cannot exist without something to rip off. There still has to be, and of course still is, a sector of the economy creating new value to feed the income streams.

A large part of the book is devoted to discussing work – office work as boring and meaningless and the various employer theories and practices to manage it; the growth of ‘self-employment’ which is really a way for employers to off-load the costs of directly employing workers (holiday pay, pensions, time at work not actually working); and resistance by individuals, sometimes violent, sometimes passive withdrawal, to the meaningless work capitalism imposes on them.

Some of the book is heavy going due to its postmodernist and French pop sociologists’ style but Fleming is basically on the right wave-length. The reduction of all (his emphasis) social life, not just economic, to the logic of profit-seeking, which latter-day capitalism has brought about, has led to all sorts of problems, social and psychological, and needs to be ended for the sake of people and the planet. 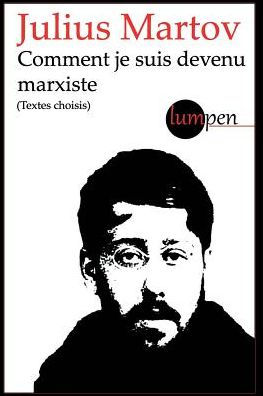 This is virtually a French version of our new pamphlet on Martov, containing the same series of articles in which Martov demonstrates how Lenin and the Bolsheviks were distorting Marxism to justify the dictatorship over the working class that they were establishing. The title – ‘How I became a Marxist’ – is a bit misleading in that this is not the main article nor the whole of Martov’s draft autobiography. It does, however, have the merit of identifying the author as a Marxist. In the extract published here, Martov recounts how he became a Marxist, as someone who relied on the working class to overthrow Tsarism (as opposed to the Narodniks who relied on the peasants), while a student at St. Petersburg University in 1892. Other short articles are included, a couple on the aftermath of the 1905 insurrection in Russia and Martov’s denunciation of the Bolshevik government for bringing back the death penalty. One minor criticism: the articles are not dated so it is left to the reader to work this out from their content.