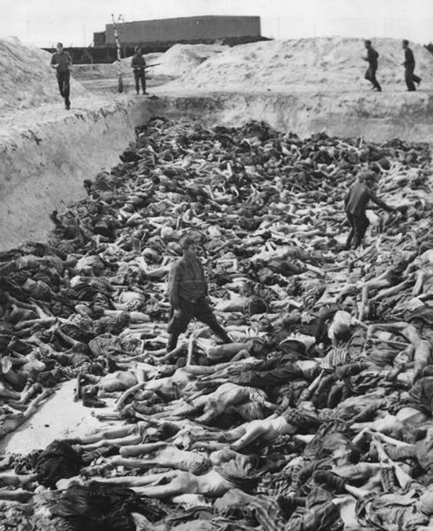 Whilst discussing the Atlantic slave trade of the past and the part played in it by the British a friend said that he felt some guilt about it. This, no doubt, was due to the part that his ‘nationality’ plays in his sense of identity. The ‘sins of the fathers’ were, for him, visited upon all who are ‘British’. In contrast to this I felt that the guilt was to be focused on the ruling class of the time and that he was blameless for their crimes.

However a case could be made that if we do not oppose the criminal actions of the ruling class of our own time then we are, indeed, complicit. This is compounded by the fact that much of the wealth that gives the capitalist elite their power in this country was derived originally from the slave trade. While underlining the continuity and importance of history this fact also illustrates the difficulty in allocating collective responsibility for the actions of some members of a community. That there must be some level of collective culpability is surely indisputable since we would all take some moral responsibility for our actions (or inactions) and this must include our political activities.

This year sees the 70th anniversary of the liberation of the Nazi concentration/death camps and the complicity of the German population in their existence is still hotly debated by historians. Nobody would dispute that the members of the Nazi Party were complicit in these terrible crimes but what of those who voted for them originally and can those who did nothing to oppose the Nazis gaining power be exonerated from some culpability? Merely pointing at Hitler and Himmler and claiming to be ‘just obeying their orders’ provides no moral or political justification for committing inhuman acts. After they came to power there’s no doubting the level of fear that forced many into actions they would never otherwise countenance but there were many who were, to some degree, ideologically sympathetic — and not just in Germany. Some would shrug or throw their arms in the air saying something like: ‘That’s an extreme example which could never happen again’ or ‘Any attempt to explain the Holocaust would be merely a rationalisation since the magnitude of the crime is incomprehensible’.

In contrast to merely despairing about ’the human condition’ socialists seek to explain Nazi rule in its historical and political context because of its importance in warning us of what can happen during one of capitalism’s inevitable episodes of extreme economic and political instability. This period also has important lessons for us in respect of keeping a close eye on the actions of those who would take advantage of such instability, both of the left and right wing. Above all it teaches us that any level of moral and political complacency towards the activities of our ‘leaders’ can and does lead to disaster – we must accept responsibility for the actions of those who do so in our name unless we oppose them politically.

It has long been recognised that people acting in a group can behave differently than they would as individuals. Lynch mobs and football hooligans are classic examples of this type of tribal behaviour. Nation states rely on this psychology in times of war as the individuals who compose their armies would never ‘cold-bloodedly’ murder another human being in their everyday lives. Of course all kinds of political conditioning are needed for this to happen but perhaps we can pick out one that might help explain the seemingly complacent attitude that many exhibit when nations murder in their name. Because of the numbers involved – sometimes millions when nations are at war – there is a kind of dilution of moral responsibility. Someone who would suffer great guilt if their actions or inactions were to cause a family member, friend or neighbour an injury (let alone their death) does not feel the same level of responsibility for the deaths and injuries that occur in a war that they supported (or did not oppose).

After the conflict dies down (wars rarely end neatly) the subsequent analysis might reveal that the causes were not quite what was claimed (as with the recent Iraq war) and so a debate ensues where blame is apportioned. The leaders and their advisers are questioned but rarely condemned or punished for their mistakes or crimes. But what of the people who let it all happen in their name? This is when the ‘dilution’ of moral and political responsibility comes into focus. Bush and Blair take the lion’s share of any guilt (which, of course, they strongly refute) then the ’intelligence’ community (for ‘sexing up’ the WMD dossiers), then perhaps the military leaders or even the oil companies etc., so that any culpability that is left is felt to be so negligible that it’s not worthy of consideration. Such a contrast to individual moral responsibility – nobody would defend their immoral activities by claiming that the murder they committed was somehow diminished by the volume of the other murders carried out that year or that the person they beat up suffered less injury than the victim of another thug. We socialists are appalled by the level of complacency shown by the mainstream political parties, voters and the politically cynical in this regard. How and why did we get to such a position where seemingly nobody takes responsibility for their political actions?

At the heart of this we have the contradiction inherent within capitalist culture where, on the one hand, we are told that everyone is a competitor and there’s ‘no such thing as society’ and on the other hand we are told that we’re part of a ‘nation‘. The latter designation is usually only called upon in times of war or when some group are to be demonised as ‘immigrants’. Liberals tend to think of the world purely in terms of individuals as their ideology forbids any group or class consciousness and this is partly why they find the concept of collective complicity so difficult. Another reason for absence of any feelings of political responsibility for the actions of the state is because of the ‘professionalisation’ of politics. Westminster seems to many to be another world where ex public school boys play some kind of exotic role playing game that somehow decides national policy. The majority are completely alienated by this anachronistic theatrical nonsense and feel no relationship with (or responsibility for) the strange decisions that are made there.

In an integrated global economic and political structure like capitalism nobody can escape the consequences of its existence. We are all responsible for what happens in the world because capitalism has truly made it ‘one world’ –  in this respect, there’s no ‘third world’ or ‘developed world’. As long as we allow the political elite to do the bidding of the parasite class we are all complicit in their crimes. Only working for socialism can provide you with an ‘alibi’ should one ever be needed. When the majority feel morally and politically responsible for the world, as most do about their actions in their ‘private lives’, then we are all finally motivated to change things.

‘What did you do during the war daddy?’

‘I opposed the war and what caused it before it began, my son’.