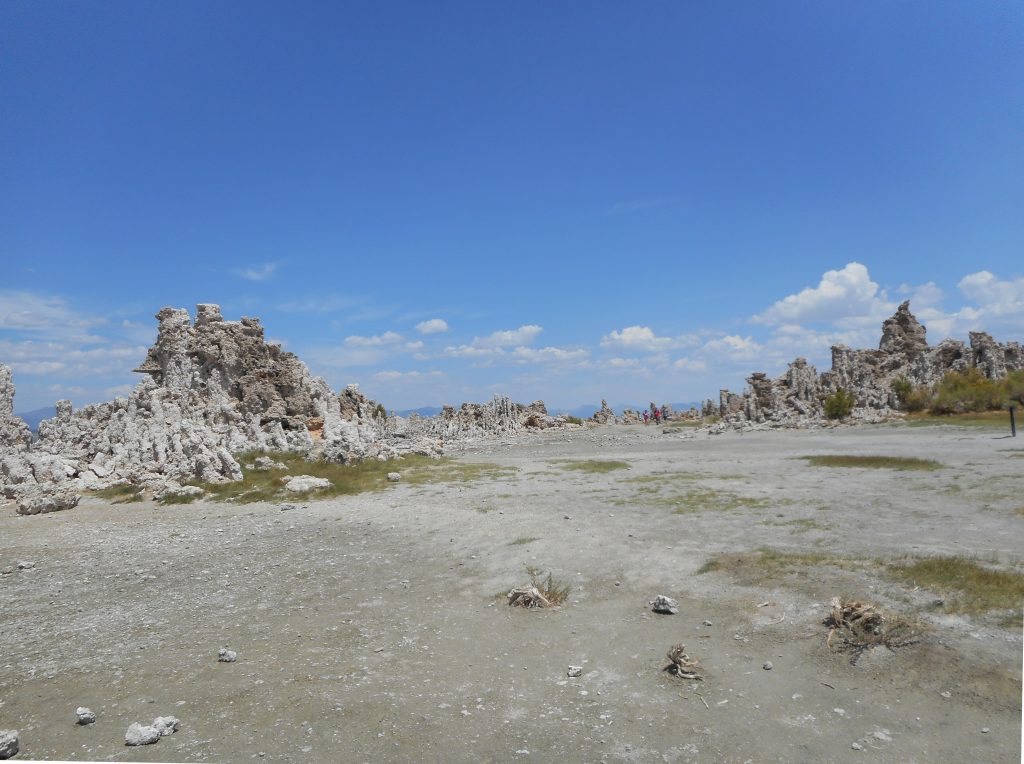 California’s economy surpasses Russia’s. This year California has implemented mandatory water restrictions to reduce water usage by 25 percent. Governor Jerry Brown explained, ‘People should realise we’re in a new era. The idea of your nice little green grass getting lots of water every day – that’s going to be a thing of the past… This historic drought demands unprecedented action… It’s a different world. We have to act differently.’ This comes as the Sierra Nevada snowpack, which is critical to the state’s water system, is providing less. Water that falls during the wet season is stored and released during the summer. 11 trilliongallons of water are needed for California to recover from the emergency.

Water has long been a precious resource in California and is central to the state’s economy. It is a symbol of how capitalism tries to tame nature. There are golf courses in the deserts of Palm Springs, lush gardens and lawns in Los Angeles. Swimming pools have been part of California’s lifestyle for decades. There are approximately 1.18 million residential swimming pools in California, according to a study. The typical residential pool requires from 10,000 to 30,000 gallons of water to fill.

But it is agriculture which is at the heart of California’s worsening water crisis, consuming 80 percent of California’s water. Agriculture thrives while everyone else is parched. California produces roughly half of all the fruits, nuts, and vegetables consumed in the United States—and more than 90 percent of the almonds, tomatoes, strawberries, broccoli and other specialty crops—while also exporting vast amounts. Most crops and livestock are produced in the Central Valley, which is technically a desert. The soil is very fertile but crops there can thrive only if massive amounts of irrigation water are applied. Agriculture’s share of state water use is seldom mentioned. Instead, news concentrates on the drought’s implications for people in cities and suburbs. Last year, the legislature passed and Governor Brown signed a bill to regulate groundwater extraction. But agricultural interests lobbied hard against it resulting in a leisurely implementation timetable. Although communities must complete plans for sustainable water management by 2020, not until 2040 must sustainability actually be achieved. The Central Valley could be a dust bowl by then.

To plant increasing amounts of water-intensive crops in a desert would be questionable in the best of times. To continue doing so in the middle of a historic drought, even as scientists warn that climate change will increase the frequency and severity of future droughts, seems ludicrous. But pistachios generated an average net return of $3,519 per acre in 2014. Almonds, an even thirstier crop, averaged $1,431 per acre. ‘I’ve been smiling all the way to the bank’ said pistachio farmer John Dean. All across the world drought is increasingly prevalent, deserts are expanding and ground-water drying up.

In Arabia ground water levels are falling dangerously. The United Arab Emirates crown prince Mohammed bin Zayed al-Nahyan admitted: ‘For us, water is [now] more important than oil.’ At their current rate, the UAE will deplete its natural freshwater resources in about fifty years.

In the Brazilian city of São Paulo, home to 20 million people, and once known as the City of Drizzle, the Alto Tietê reservoir network, which supplies three million people in greater Sao Paulo, has water levels at below 15 percent. The Cantareira reservoir system, which serves more than nine million people in the state, is only 5 percent full. Calculations indicate that given the current level of consumption versus the predicted raining patterns there is only enough water in the system to last four to six months. That means the water could run out before the next rainy season starts in November. State officials recently announced a potential rationing program of five days without water and two days with, in case the February and March rains do not refill the reservoirs.

Since the mid-1990s, south-east Australia has experienced a 15 percent drop in rainfall during late autumn and early winter, with a 25 percent slump in average rainfall in April and May. A drought has gripped western Queensland and northern New South Wales since 2012.

The total amount of fresh water on Earth comes to about 10.6m cubic km. Combined into a single droplet, this would produce a sphere with a diameter of about 272 km. However, 99 percent of that sphere would be made up of groundwater, much of which is not accessible. By contrast, the total volume from lakes and rivers, humanity’s main source of fresh water, produces a sphere that is a mere 56 km in diameter. That little droplet sustains most of the people on Earth.

Capitalism encourages over-consumption and wasteful production for ‘endless’ growth and greater profit. People have changed economic systems before when they no longer suited new conditions. Things are only impossible until they’re not. We can’t stay stuck in the past, unable to imagine a better future that holds us back from creating a better world.