Book Reviews: ‘Scarcity – The True Cost of Not Having Enough’ & ‘The British Dream – Successes and Failures of Post-War Immigration’

Sendhil Mullainathan and Eldar Shafir: Scarcity: The True Cost of Not Having Enough. Penguin £9.99 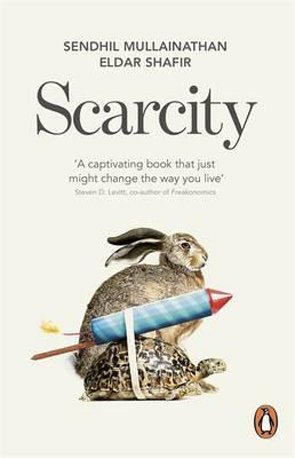 Scarcity is defined here as ‘having less than you feel you need’. This is applied not just to material goods and services but also to time-management and, less obviously, to dieting and loneliness. The basic idea is that scarcity can take over your mind, sometimes leading to a focus on an up-coming deadline that makes you more effective. But more often it can reduce our mental capacity, what the authors call our bandwidth, making it hard to take proper account of other matters. So if you are really busy, you may focus on urgent tasks, neglecting those that are important but not so urgent. And poverty may lead you to forget to take your medication.

The Socialist Standard is not a journal about how to deal with your to-do list or how to keep to a diet, so let’s focus on the book’s remarks on poverty. Mullainathan and Shafir argue that ‘the reason the poor borrow is poverty itself’. You might think that you don’t need the combined efforts of a Professor of Economics and a Professor of Psychology to tell you that, but in fact it is not quite as mundane as it appears. The point is that borrowing (often at high rates of interest) is not caused by predatory lenders, financial ineptitude or a common tendency to think about the immediate future rather than the long term. Poor farmers or market traders, in Africa or India for instance, borrow in order to tide them over periods when they have less income or bigger expenses, since they do not have enough financial slack to cope with shocks to their budget.

Various solutions are offered to these and other problems of scarcity. Give or lend people money at the right time to avoid problems with insufficient financial slack. Reduce the chance of people taking out ruinous payday loans by showing them the cost in dollars rather than in abstract interest rates. Or get employers to provide advances on wages.

But what is missing in all this is any real understanding of the causes of poverty. Mullainathan and Shafir note that half the children in the world live below the global poverty line, and that half the children in the United States will at some point be on food stamps. But they simply do not mention exploitation, the extent of inequality, the wealth of the super-rich or the feasibility of growing enough food for all. A proper study of scarcity requires rather more depth than is shown here. 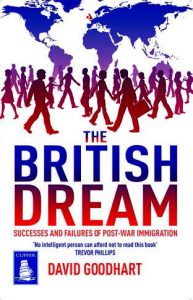 This is a real mixed bag of a book, a curate’s egg as you might say. It combines some interesting observations about migration with some rather unconvincing arguments.

Goodhart points out that many of the outcomes of immigration to Britain were unplanned and not those envisaged; but this after all is what happens with much government legislation under capitalism. The Salman Rushdie affair of 1989, arising from the publication of his novel The Satanic Verses, led to a boost in the authority of Muslim leaders in Britain, and ‘began to mark out Muslims as a special, and in some ways especially problematic, minority’. Satellite television has played an important role in slowing down the integration of immigrants into mainstream British culture, as it enabled people to watch news and soaps from ‘back home’ (Turkey, for instance) rather than the BBC.

Goodhart sees himself as a Labour-supporting ‘progressive’ but as one impressed by Conservative politician David Willetts’ claim that cultural diversity undermines the legitimacy of a universal welfare state. This just illustrates how little difference there is between Labour and Tory policies, and it is also part of the current attack on benefits for those at the bottom of the pile. He observes that forty percent of ethnic minority Britons (not all of whom are immigrants, of course) are poor but he has little idea of the capitalist framework within which migration and the struggle for jobs and housing occur. He refers quite often to ‘the elite’, but this seems to mean the political and media establishment rather than the capitalist class. Moreover, last year’s Sunday Times Rich List featured nine immigrant individuals or families in its top twelve, but the extent of inequality gets almost no mention here.

The two biggest sets of arrivals in the last decade are Poles and Somalis, neither of whom Goodhart regards as ‘model immigrants’ (which presumably would mean causing no problems and producing plenty of profits for the owners of industry). The Poles are mostly hard workers but (though no real evidence for this is provided) have helped to drive down wages for the unskilled. Moreover they ‘mainly have a guest worker mentality and many have no particular interest in joining British society’. As for Somalis, they are highly dependent on welfare, and as a group have retreated into themselves. So refusing to integrate (whatever that might mean exactly) is seen as a major problem. Perhaps, if they lived in grand mansions in some posh part of London and consequently had little contact with the average worker, that kind of non-integration would be acceptable.