What Labour is Really Worth 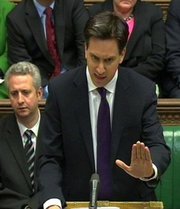 “Labour alone, therefore, never varying in its own value, is alone the ultimate and real standard by which the value of all commodities can at all times and places be estimated and compared. It is their real price; money is their nominal price only.”

These are the words of Adam Smith about the system we inhabit currently but what would they mean if anything in the alternative system we may choose for the future?

Take money for instance, what does it mean to most people? Simply a means of acquiring the things they need and want, in fact most things throughout life and for the majority that isn’t easily attained. And in many cases there is never enough, however hard they try. How much one needs for an average life for an average lifetime who knows? On an average wage, wherever you live on the planet, who can imagine what it means to be a millionaire or a billionaire (the numbers of which are rising fast)?

Counting at the rate of one dollar, pound or euro per second it will take twelve days to count a million and thirty one years to count a billion. Longer if you stop for the necessities of life. And as for a trillion, a number bandied about more frequently of late, with the expectation that within a few short years the first trillionaire will hit the headlines, simple maths shows us that 31,000 years would be required. That’s an awful lot of toil and trouble, potentially an awful lot of labour.

It is the predatory nature of capitalism that has, in recent years, awakened increasing numbers to question what it is that is happening around the world and to feel aggrieved enough to protest in their thousands. From believing they lived in functioning democracies we are now aware that that belief has been overturned as demonstration after demonstration reveals the deeper awareness of masses of people. It is now commonly recognised that governments are running countries for the benefit of business and that business is extremely friendly to compliant governments. Revolving doors, hefty donations, lecture tours for ex-politicians, seats on boards, fees for access, you scratch my back and I’ll scratch yours. We know how the system works and for whom it works best, so the question for the great majority for whom it doesn’t work becomes ‘what are we going to do about it?’

Who can have failed to notice how the sphere of things that used to be freely available has shrunk, has been taken away by force for the benefit of capitalists and corporations? Here cost comes into play. The cost to the public in general of the loss of the commons is impossible to put a price tag on. Water, land and hitherto public spaces have been acquired from the public sphere as money-making ventures: factories, mines, building projects, dams, monocrops for feed or biofuel; town centres, former public land and playing fields, even the ground underneath housing is vulnerable to takeover. The air we breathe is highly susceptible to pollution as an externality of the market system we endure. The polluters are also the beneficiaries of the profits from their businesses but they readily pass on the costs of that pollution to workers as externalities. The costs are borne by people living locally as air, water, ground and food is contaminated – and by those living far away as poisoned waste is shipped thousands of miles to be dealt with at a fraction of the cost it would be in the producing country. Huge health costs to be borne by those in the recipient neighbourhoods.

Accumulatively there are costs from loss of space, loss of freedom to use such spaces, health costs, loss of individual privacy and freedom of speech, loss of choice in all manner of areas signifying both personal and collective costs – all whilst the capitalist minority continues to steal more and more of the common wealth and influence law making. Current politics is far from inclusive and certainly not democratic in many eyes.

Those with money are the ones with influence. They are free to buy whatever it is they want – material goods and the time and labour of others. However, in the grand scheme of things, they are the minority. Those with little – and we are many – are the labour.

Giving value to labour, in the broadest sense – those of us who work for our living, whether manual in farming, fishing, factory or mine, on road, rail or the high seas, or indoors in health, education, administration or any other kind of service industry – when we recognise the value of giving value to labour, to our labour and the labour of all the others like us, we will be on the path to answering the earlier question – ‘what are we going to do about it?’

Removing the money element from our labour will remove the money from all of our transactions. It will also remove the profit seekers and corporations from any further equations. No more banks, investment companies, mortgage, rent and insurances creating endless headaches and the anxiety of indebtedness. No more middlemen and consumer ideology warping our minds and persuading us against our better judgment to consume, consume, consume. Labour, working together across the world, retaking and rebuilding the commons in the best interests of the common good. Labour, recognising its individual and collective value, working together to secure a democratic world community.