Back to the Future for Working Conditions 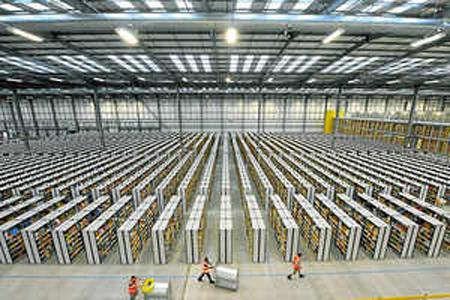 Conditions for workers today in Britain are moving back towards those in Victorian Britain. The struggles of the working class in Britain in the nineteenth century to ensure better working conditions and humane working hours are documented by Marx in Chapter ten The Working Day in Capital Volume 1. With zero hours contracts we have gone ‘back to the future’.

The capitalist class in the UK have about 1 million workers on zero-hours contracts. These contracts mean there is no guarantee of work and pay each week, no holiday or sick pay. The balance of power favours the employer and makes it hard for workers to complain. Workers are often only told how many hours they will work when weekly or monthly rotas are worked out, but are expected to be on call for extra work at short notice, like the day before. If you don’t comply you don’t get any work. Cinema chain Cineworld, Buckingham Palace’s 350 summer workers, retailer Sports Direct (20,000 of its 23,000 staff), Pub group JD Wetherspoon (24,000 of its staff  – 80 percent of its workforce), 1/3 of the voluntary sector, 1/4 of the public sector , McDonalds, Boots, Amazon, Abercrombie & Fitch, and Tate Galleries all use workers on zero hours contracts.

There are now fees for lodging claims at industrial tribunals. A worker has to pay a fee when a claim is lodged at the tribunal and another one at the hearing. Level 1 claims include those for unpaid wages, payment in lieu of notice and redundancy payments which cost £160 and a hearing fee of £230. Level 2 claims include unfair dismissal, discrimination, equal pay and whistle blowing which cost £250 and a hearing fee of £950. There will be higher fees for those cases where there are multiple claimants.

Currently an employer could discuss offers of settlement with a worker to terminate his or her employment on a ‘without prejudice’ basis, which means they could not be divulged in future tribunal proceedings as evidence against that employer. There would need to be a prior ‘dispute’ for an employer to take advantage of this protection. Under new rules, employers will now be able to engage in pre-termination negotiations/ early exit discussions with a worker even where no formal dispute has yet arisen. The new law allows employers a free reign at any time to enter termination discussions with their staff without fear of it being used against them.

The maximum compensation that could be awarded for routine unfair dismissal claims at an employment tribunal was £74,200. Now it will be the equivalent of 52 weeks’ pay or £74,200, whichever is the lower. Average salary today is £26,500 for full time workers.

These changes prompted Elizabeth George, a barrister in the employment team at law firm Leigh Day to say:

‘This sends a very dangerous message to employers who will be less inclined to abide by their legal obligations as the risk of being challenged will be much reduced, these fees will disproportionately hit those suffering discrimination because of their age, race, disability and gender, the disproportionate fees will mean many people having to put up with discrimination and unable to challenge unfair dismissals, however badly they had been treated. We have already seen guidance from lawyers advising employers to wait to fire people as it will be cheaper and the chances of being taken to tribunal will be less following the introduction of fees. Instead of standing up for people suffering unlawful discrimination in the workplace, the government is doing the exact opposite’. (Guardian, 29 July)

Online retailer Amazon opened a huge processing centre in Rugeley, Staffordshire in 2011. Arthur Valdez, vice-president operations Amazon said at the time: ‘We look forward to assembling a team of talented people who will play their part in ensuring that customers receive the millions of items that will be ordered’ (Daily Telegraph, 10 July 2011). Mike Dell, president of the Black Country Chamber of Commerce concurred: ‘It’s excellent news. It brings jobs to an area that desperately needs it’. Aidan Burley, local Tory MP put his tuppence in: ‘It’s absolutely fantastic news for Rugeley. People are crying out to get back into work’. (BBC News Stoke and Staffordshire online, 10  July 2011)

A recent Channel 4 investigation discovered at the Amazon factory in Rugeley timed toilet breaks, workers’ movements were monitored by GPS trackers, workers given 30 minutes for lunch in a ten-hour shift, 20 minutes of which were spent walking to and from the canteen, workers were issued penalty points for talking to colleagues, taking sick leave, or even spending too long in the bathroom. This all on a ‘three strikes and you’re out’ basis. Workers were searched for stolen goods at airport-style security checkpoints before going into the canteen, and temporary staff laid off to avoid giving them the same benefits and rights as permanent workers. Zero hours contracts were used extensively which meant those staff having no job security and were forced to make themselves available for work with no guarantee they will be offered a shift on a particular day. Also Amazon tried to avoid paying out hundreds of pounds in accrued holiday pay to agency staff by instructing agency representatives not to inform employees that it was owed to them.

We should always remember that the capitalist class demand the free exploitation of working class labour-power. Engels wrote The Condition of the Working Class in England in 1844 and Marx’s Capital came out in 1867. There are differences between life today and life then but fundamentally there is no change as the capitalist mode of production grinds relentlessly on, a person has to ‘sell their labour or starve’. Capitalism can never operate in the interests of the working class.