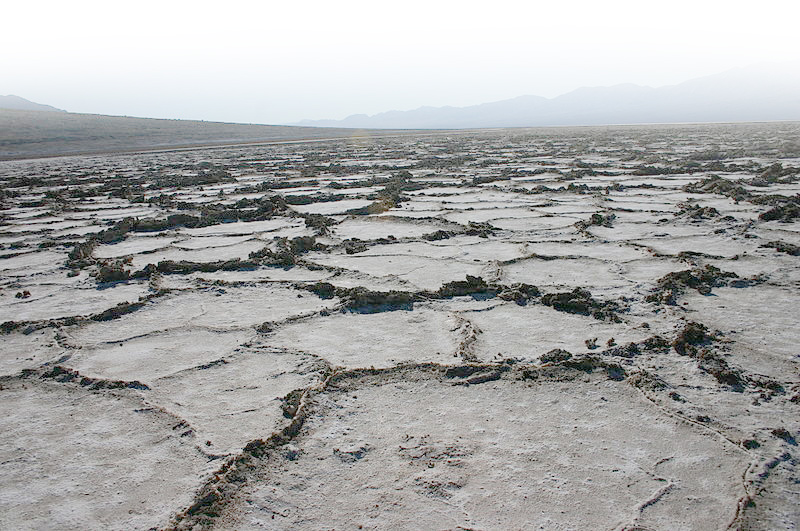 UN data predicts that by 2025 more than half of countries will be either under water stress or have outright shortages. Many rivers are overtaxed, for example the Nile, Jordan, Yangtze and Ganges; and underground aquifers below growing urban areas such as New Delhi, Beijing have falling levels. World population is rising and there is also increased demand by people for water as part of rising living standards. The minimum requirement per person is 1,000 cubic metres per year for drinking, hygiene and growing food (Marlin Falkenburg of Stockholm International Water Institute -and others).

The International Assessment of Agriculture Science and Technology for Development (IAASTD) conclusion on worldwide water quality is that conditions appear degraded in almost all regions through extensive agriculture and other developments; with pollution as a growing problem and faecal contamination serious in developing countries. It is estimated that half of wetlands have been lost during the last century. The land has been converted to agricultural or urban use – or filled in to combat diseases  – with the resultant adverse effect on flood control, storage and purification of water, and habitat for biodiversity. There were differences in the damage caused by the December 2004 tsunami on shores protected by functional coral reefs, and shores where reefs had been degraded (IAASTD 2008 P36).

It is not just developing countries that face difficulties. Parts of the United States have suffered severe droughts; northern parts of Georgia and large areas of the South west. Global climate change can increase aridity and reduce supply. Then there is the problem of waste disposal – things like releases of industrial pollutants, fertilizer run off, and coastal influxes of salt-water into aquifers as groundwater is depleted. As has happened in Almeria in the South of Spain where there are some 20,000 hectares of greenhouses in a desert where they consume 5 times more water than the region gets in rainfall (The Sahara Forest Project 2008).

There is plenty of information about the problems including warnings about the urgent need to make changes in the way critical resources are used. At the World Water Week in Stockholm in August 2011 a report issued jointly by the International Water Management Institute (IWMI) and United Nations Environment Programme (UNEP) said that water limits are close to being reached or breached in many of the world’s breadbaskets (including the plains of northern China, India’s Punjab and the Western United States); that 1.6 billion people already have inadequate access to freshwater. The report An Ecosystem Services Approach to Water and Food Supply calls for a more sustainable approach to food production requiring co-operation and co-ordination between the various agricultural and environmental interests. However the kind of co-operation called for between ‘international, national and local level’ decision makers in order for them to ‘embrace an agro-ecosystem approach to food production’ cannot overcome the competitive nature of market production.

International organisations earnestly strive to resolve problems related to food security and the environment – the IWMI and its partners in the CGIAR (consultative group on international Agricultural research) are developing a multi-million research programme that will look at water as an integral part of the ecosystem. However governments act on behalf of their national agricultural and industrial business interests which means concerns about profit and cost have a higher priority than any ecosystem.  It is reckoned that up to 90 percent of China’s freshwater has been contaminated as have 40 percent of US rivers and lakes – in spite of stricter environmental laws.

Unfortunately within capitalism the solutions are seen in terms of return on investment. The massive spending required on infrastructure in order to cope with the increasing demand for water and resolve some of the disputes over access to water sources is seen as providing ‘economic opportunities’. The water industry is worth $480 billion and is growing at a rate of 6 percent a year (Global Water Intelligence quoted in Money Week 20.04.2012). However analysts have estimated that the world will need to invest $trillion a year to ensure water supplies through 2030 (Annual military expenditure worldwide is $1.6 trillion. globalissues.org).

It was observed in 2008 that investment in water facilities as a percentage of GDP had dropped by half since the late 90’s, and that if a crisis comes it would not be for the lack of know-how but from an unwillingness to spend the money. New technologies do not need to be invented “we must simply accelerate the adoption of existing technologies to conserve and enhance the water supply.” (Scientific American, August 2008).

Technologies  – ways in which water resources can be better conserved and used  – are already known. However the proposed solutions and predictions all assume the continuance of the present system and the calls for better water management that work with nature may only be applied where economic advantage can be demonstrated.

Among useful ideas are the underground storage of water in sub-surface reservoirs to limit evaporation loss. Such ‘water banks’ are operating in Arizona and California and being proposed for Singapore. Drip -irrigation systems minimise consumption, and there is ‘investment’ in new crop varieties that tolerate drought conditions and saltish water. Hygiene and sanitation facilities could adopt dry, low water use devices. Technologies exist which not only use less water but can convert waste material into an organic compost. There are pilot projects for example in the Gebers Housing Project in a suburb of Stockholm.

As well as saving water there is also the possibility of desalination to increase supply. Only 3 percent of water is fresh the rest is salty. Large scale desalination plants have been built for example in Singapore. More energy efficient technology has meant substantial savings in the cost, and scientists are working on reverse osmosis filters composed of carbon nano tubes with the potential to lower the costs still further (Experiments are also being conducted on forward osmosis and biomimetics with the same object the results of which are expected to be ‘on the market’ in 3 to 5 years). Despite improvements the technology is still energy intensive.

A more promising method is The Seawater Greenhouse which uses solar energy, seawater and the humidity of the surrounding air to provide desalination and cooling- and fresh water for plants. It is seen as a sustainable way of cultivating high quality crops in hot, arid coastal regions. The process produces 5 times more freshwater than is needed for the plants and it is claimed could have reversed the environmental damage caused by the greenhouses in Almeria. There the authorities looked at diverting the Ebra River but have chosen instead to build twenty large scale desalination plants on the coast. Trials have been taking place in Tenerife (1992), Abu Dhabi, UAR (2000) and Oman (2004) and have shown how well crops of salads and vegetables have grown in hot desert areas. The first commercial seawater greenhouse farm is situated near Port Augusta in Southern Australia and is on degraded land that would not be suitable for agriculture. Using only seawater and sunlight the farm produces a variety of vegetables and salt. It has a brine cooking facility which produces ‘gourmet salts and nutrients.’

Even new technologies will not resolve the problems inherent in a social system where profit and cost provide and qualify the motivation for action, and fuel the rivalry over resources. For example where river systems cross national frontiers countries upstream have the advantage when it comes to harnessing the waters for hydroelectric power or irrigation which can interfere with the access to water for territories downstream. Water is an aspect of Chinese occupation of Tibet – the continent’s watershed. China has built many dams on Tibet’s river systems, and more large dams are planned and under construction for example on the Salween. On the Upper Mekong dams have “dramatically altered the flow of the river” affecting five countries downstream (The Epoch Times March 22, 2010).

A US intelligence agencies report commissioned by the Department of State warns that during the next ten years many countries “important to the US” will experience water problems that will contribute to instability and state failure. This is seen as a danger threatening American interests (Money Week 20.04.2012).

Some of the unstable areas where there is competition for waterways are managed by special commissions.

The Indus Waters Treaty was signed between India and Pakistan in 1960. Water is a core issue in the dispute over Kashmir but the treaty has held good even when those countries have been at war; and the severing of diplomatic relations has not prevented the treaty stipulated Indus Waters Commission having amicable meetings and sharing hydrological data (Slate newsletter Aug 4 2011). It remains to be seen how well the treaty can stand up to the pressure of increasing rival demands for the vital resource. An added factor is of shrinking glaciers in the region –at least 30 percent of the Indus waters comes from glaciers. It was suggested 60 years ago that the whole Indus system should be operated as a single unit.

The logical conclusion is for the whole world to be considered as a single unit. The best framework for dealing with the effects of climate change and the increasing pressures being put on water supplies by growing populations, and the demands made by agriculture, is to have resources owned in common and democratically controlled by the whole world community. So that agricultural production, and indeed all production, would be solely for the use of human beings and not for sale and profit. This would mean worldwide co-operation and co-ordination so that sustainable agricultural practices which have proper regard for biodiversity would be the normal way of providing for the needs of people. Measures now suggested for the more efficient use of water in agriculture which include stopping up leaks, and implementing low loss storage would simply be the commonsense way of doing things.