Material World: Protests in Russia – For Democracy or Just Against Putin? 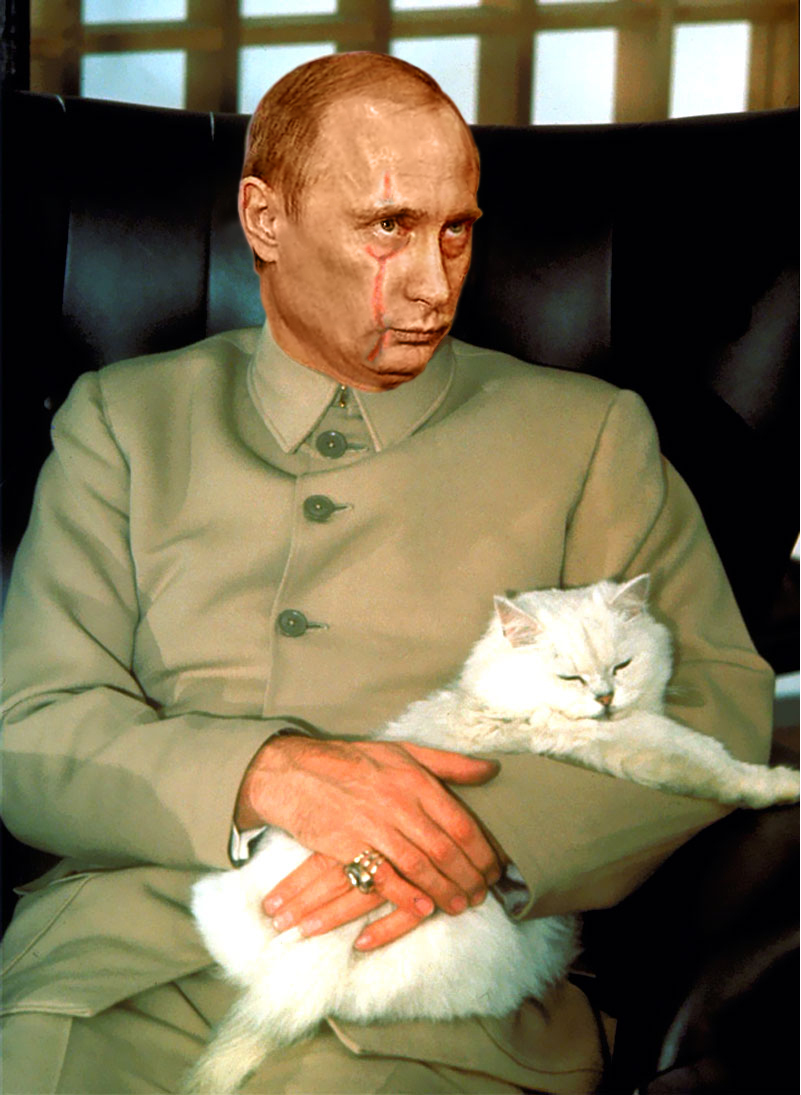 In late 2011 moderately large-scale protests broke out in Russia directed against election fraud in particular and, more generally, against the increasingly authoritarian regime of Vladimir Putin. (Putin remained the regime’s dominant figure even when he was taking his turn as prime minister and Dmitry Medvedev kept the presidential seat warm for him.) The protests continue, but on a smaller scale, despite repressive measures adopted after Putin’s inauguration for his third term as president.

It is clear what, or to be more precise, who, the protest movement is against. But what is it for? On May 18 a critical assessment of the movement appeared on the website of the Confederation of Revolutionary Anarcho-Syndicalists, the Russian section of the International Workers’Association (http://aitrus.info/node/2171). An English-language version can be found here (http://stephenshenfield.net/places/russia/current-politics).

The author of the assessment, who identifies himself only by the initials V.G., first warns against exaggerating the size of the protests. Even at their height, there were “at most a few tens of thousands” of demonstrators in Moscow, while those in provincial cities were numbered in the hundreds or low thousands. “The overwhelming majority of the population have observed the latest round in the struggle for political power with complete indifference.” And they are right, he adds: the interests of working people are not at stake.

The protestors called their movement Occupy Abai in an attempt to create a resemblance to Occupy Wall Street. ‘Abai’ refers to a statue of the nineteenth-century Kazakh poet Abai Kunanbayev in Pure Ponds (Chistye Prudy) Park, close to where the protestors set up a camp, which has now been broken up by the police.

As V.G. points out, any resemblance to Occupy Wall Street is superficial –one of style and organizational structure only, and not political content. The protests in Western Europe and the United States give voice to social and economic grievances directed against the greed of banks and corporations. Most of the Russian protestors just want a “Russia without Putin”. All sorts of political groups are involved in the movement, but ‘bourgeois liberals’ occupy the pivotal position. Other tendencies: leftists, anarchists, nationalists, etc; provide ballast, making the opposition look like a mass movement.

In V.G.’s view, the confrontation is a power struggle between, politicians and capitalists that have close ties with the regime, and those that do not. Among the outsiders one of the most important is Mikhail Prokhorov, a tycoon (‘oligarch’) who stood for president against Putin and did quite well in Moscow, where he outflanked Gennady Zyuganov, candidate of the Communist Party of the Russian Federation. According to Forbes magazine, Prokhorov, who has interests in technology, mining, banking and insurance, is worth $18 billion, making him the third richest man in Russia and the thirty-second richest in the world. In his election campaign he openly called for revisions to the Labour Code that would abolish restrictions on working hours, deregulate overtime pay and make it easier for employers to dismiss people.

Can we say that whatever the economic interests behind the opposition, it is at least a movement for democracy? Opposition to a specific authoritarian regime cannot automatically be equated with support for democracy. This applies especially to countries like Russia with weak democratic traditions. Consider, for instance, the mass movement in Iran that replaced the Shah’s dictatorship by the rule of the ayatollahs.

Some of the many political groups that make up the anti-Putin movement are committed to democracy; others are not. There are two major and overlapping anti-democratic tendencies: those ‘leftists’ who still hope to restore some variant of the Leninist (Soviet) system, and the Russian nationalists and neo-fascists.

At the beginning of 2012 a “civic council” was formed to represent the protest movement. Equal numbers of seats were allocated to three categories of organization –liberals, leftists and nationalists. Considering that only some leftists and not necessarily all liberals can be regarded as democrats, it is doubtful whether democrats constitute a majority on this council.

At first some leftists and human rights activists objected to the participation of Russian nationalists in the movement but found themselves in a small minority on the issue. The main counter-argument was that excluding anyone would weaken the movement and make it harder to achieve the common goal –getting rid of Putin. The Russian nationalists made it very clear that they were not going anywhere.

V.G. is especially scathing about fellow anarchists and former ‘anti-fascist’ activists who are now willing to cooperate with neo-fascists. He calls it “a shameful tragicomedy”. They should have kicked up a big fuss, he says, and declared that unless the nationalists went they would go themselves (“either them or us”).

Some of the campers in Pure Ponds Park moved a resolution to stop ethnic hate propaganda being distributed in the camp. The resolution was not even accepted for discussion. In fact, nationalist thugs were entrusted with the job of guarding the camp and enforcing the camp rules. (Many young nationalists earn a living as bodyguards and security men.) Can you imagine Nazis ‘guarding’ the camp of Occupy Wall Street? V.G. asks sarcastically?

“The anti-Putin movement,” V.G. concludes, “is just as reactionary … as the Putin regime. Real anarchists and leftists … do not want to choose the lesser of these evils.”