A curious fact unloved by politicians eager to stoke public paranoia is that serious crime rates have been falling for decades, both in America, Europe and the UK, which despite being Europe’s ‘crime hotspot’ nevertheless is enjoying its lowest murder rate for 12 years.  Murder rates are a particularly good indicator of trends, because they are nearly always reported, and because they are universally counted in the same way (ie by victim rather than by case). Rates for Europe are around 2 murders per hundred thousand of the population, while there are murder sprees in some South American and Caribbean countries.  The rate in Honduras for 2010 was 78 (50 in 2000), El Salvador was 66 (60) and Jamaica 52 (34) (Wikipedia). The higher the rate the more volatile the change seems to be. In general though, in all countries across the world with low murder averages the trend is either stable or declining.

Steven Pinker, the Harvard evolutionary psychologist, is currently doing the rounds with his new book The Better Angels of our Nature which argues that murder rates have been falling in all modern societies since the Middle Ages. The question exercising everyone, assuming that the evidence is correct, is why.

An obvious fact about global social development is a general improvement in material well-being, albeit at vastly different rates, the poorest tending to benefit least. This might perhaps suggest a simple inverse ratio between material security and murder rates, the one going up as the other goes down. Murder rates globally do show that some of the most violent countries are also poor, however a closer look shows that there is no reliable correlation. For example Haiti is one of the poorest countries in the world (4th in the table cited below) yet has a murder rate of 6.9, roughly similar to Moldova (position 80) and Estonia (position 102).  The three murder-prone countries cited above (Honduras, El Salvador and Jamaica) are in positions 14, 64 and 122 respectively. (http://www.nationmaster.com/graph/eco_pop_bel_pov_lin-economy-population-below-poverty-line). Meanwhile the USA, the richest country in the world, has a higher murder rate than Romania, Turkey, Yemen, Albania, Cuba, Belarus and many others.

A new suggestion comes from Randy Thornhill, an evolutionary psychologist at the University of New Mexico (New Scientist, 12 November). Dubbed the ‘parasite stress’ model, his idea treats all diseases as parasites on human society, and argues that diseases tend to fragment societies into defensive, family-based micro-units in which xenophobic and autocratic conservative values are the norm.  Thornhill’s study shows a link between high disease rates and high murder rates across different US states even after taking into account local levels of economic inequality.  A separate study shows a link between high murder rates and ‘conservative’ style cultures.  No study has yet combined all three factors . The devil is in the causality though. Do people commit murder because there is a lot of disease about, or are they both functions of something else? If one takes infectious disease as a general indicator, most African countries are at very high risk, whereas their positions in the murder rate tables vary considerably, some being close to the European average.

There is more to be done with this notion of the ‘parasite model’ from a socialist point of view.  In a sense all living organisms are parasitical on something. In nature this parasitism is often driven into competition by population or resource ‘stress’, and can express itself either destructively, neutrally or beneficially to the ‘other party’. Most obviously, the predator can simply wipe out the prey, as Ebola does, or as early humans probably did with extinct large fauna such as woolly mammoth, horses and giant bison.  Often a neutral balance is achieved. In a closed eco-system, the predator and the prey achieve a population equilibrium known as homeostasis. If predators become too numerous, prey will be depleted, which will in turn drag predator numbers back down. A similar corrective pressure exists for prey increases.  The third manifestation of parasitism is symbiosis, where two species ‘learn’ to live off each other in a mutually beneficial arrangement. 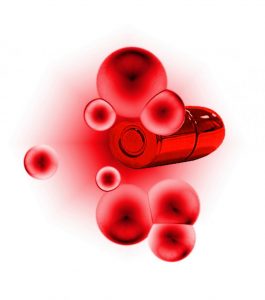 All these forms of parasitism exist at every biological level, including bacterial, viral and genetic. At the level of microbiology it is easy to see that ‘killer diseases’ are in fact biologically self-defeating organisms, since they too easily destroy the vehicle for their own reproduction, while the most successful parasites are those which have ‘learned’ not to be deleterious to their hosts, and are in fact beneficial to them. This is the ‘good bacteria’ we hear about in yoghurt adverts, for example.

What holds for microbiology also holds for macrobiology. Socialists often describe capitalists as parasites, because it is literally true. It therefore makes sense to view this relationship in terms of a medical condition. Once they came under competitive population and resource stress, human social organisms, however egalitarian they may have started out, collapsed into hierarchical and parasitical structures.  They became ‘diseased’.

We can show that this ‘disease state’ is actually a disease and not a neutral or beneficial adaptive behaviour pattern. While rabbits and antelope don’t have the mental faculties to get depressed about their status in the scheme of things, there is evidence to show that primates do. Stress produces the hormone cortisol, which furs up the arteries leading to heart disease, while also lowering the immune system. In studies of zoo-kept monkeys, the individuals suffering highest levels of stress and heart disease, with lowest immune systems and serotonin levels, were those at the bottom of the hierarchy.  In a study of 17,000 Whitehall civil servants, low job status was a more reliable indicator of heart disease than obesity, smoking or high blood pressure. A 1960s study of a million workers at Bell Laboratories in the USA found the same thing (Matt Ridley, Genome, Fourth Estate, 1999, p154). Since hierarchies are pyramidal structures with the vast majority at the bottom, we can say that hierarchies per se are generally bad for human health. From this perspective, current human behaviour including murder is better understood as part of a disease pathology.

What do we gain by medicalising society in this way? Much is made of capitalism’s ‘natural’ place in human behaviour, as if that makes it desirable, beneficial and unavoidable – a ‘good thing’. Its defenders forget that disease is natural too. If we incorporate class society into an overall ‘parasite stress’ model of diseases, it is intuitively easier to apprehend capitalism as a natural killer disease like cancer, blind, destructive and out of control, a parasitism gone wrong. We can also begin to liberate ourselves from deterministic ‘human nature’ arguments that try to normalise abnormal behaviour. Most importantly, we can work on a cure, because unlike monkeys and microbes, we have the ingenuity to help ourselves. Scarce resources may have caused the original problem but now technology can solve it. The voracious runaway parasitism of capitalism is not inevitable and can be supplanted by a beneficial symbiosis within and beyond human society.  We can become the planet’s ‘good bacteria’, once we have correctly diagnosed the problem.