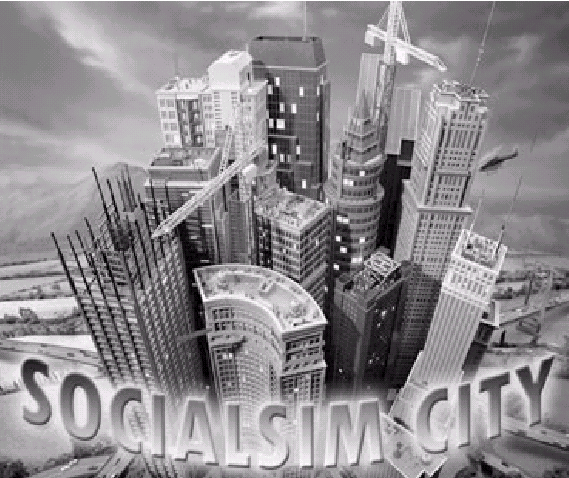 How can you ever prove socialism will work?

As socialism has never yet existed a very big obstacle for socialists is the lack of a working model. In the absence of this we are obliged to rely on theoretical arguments in order to persuade people. But not many people enjoy theory. Help however may arrive from a quite unexpected source, the computer games industry. As the internet becomes all pervasive and as computer games become ever more sophisticated, a new type of game may be able to create this model by simulation.The Sims launched in 2000 it became the all-time best selling computer game, and parents reported how their children’s perception of life and relationships changed after playing the games. So popular is the idea of simulation that now political parties are using it to promote their policies. In Uruguay the opposition left wing  coalition Frente Amplio devised a game called Cambienos (Let’s Change) for the October elections, while in the US elections there were five or six ‘party games’ on offer (BBC OnlineTechnology, Sat Oct 23).More significantly,sophisticated computer simulations offer a way of conducting complex what-if analyses of live systems from ecology to economics.

So could a socialist sim game be developed? The short answer is yes. But would it be any good? That depends on the number of variables in play, and the processing power available. Using distributed  processing across home PCs, as the NASA SETI project and the British Astronomical Association do, would provide a computational power unequalled by the world’s largest supercomputer, and with continual update and modification by online participants there is no theoretical reason why a working prototype could not provide valuable insights into some of the complexities of socialism in practice. If a simulation could give us an idea in advance of what sort of production and distribution problems are likely to occur, we can begin to find concrete answers ahead of schedule. And if we can show a stable model of socialism in practice, audited by independent third parties, it will go a long way to destroying the claims of economic calculationists and others who insist that socialism could never work in practice.

How do you know what to produce, where it goes and what happens to it?

Capitalist theorists are comfortable with the argument that the only variable they need to track is price.
Consumption and distribution don’t matter in themselves and can’t really be gauged anyway, whereas  in socialism, with no prices, the unmeasurable needs to be measured. But even capitalists have uses for better information and better tracking, and a revolution is taking place in stock control which has  enormous potential for socialism – the humble RFID tag. A radio frequency identification chip is inserted into all products which then emit a unique identifier bleep, a kind of audio bar code, enabling a receiver to identify all goods present, and track the passage of all goods through time and space, anywhere in the world. The applications however go well beyond supply chain tracking, with the US State Department issuing a million RFID tagged passports next year (New Scientist, 23 Oct) and supermarkets hoping to use CCTV to monitor which tagged items customers tend to pickup (NS, 28 August). What this means in capitalism is that the technology become mired in a new row about  state and corporate surveillance. What it means for socialists is that for a fraction of a cent per item capitalism has produced an easy way  to measure the ‘unmeasurable’, which in turn could greatly facilitate the operation of a socialist non-market economy.