In the late 1920s and the 1930s a series of books by the American anthropologist Margaret Mead created a tremendous following among the general public. Coming of Age in Samoa, Growing up in New Guinea, and other blue Penguins still to be found on second-hand bookstalls thrilled generations of readers who wondered, after reading the accounts of free love among the people of the Pacific islands, whether they were getting their share. Then came spoilsports to interrupt the dream of what was reported to go on under the swaying palms and around the sleepy lagoons of Polynesia.

The whole thing was a hoax, these academics argued. Margaret Mead spent very little time in the Trobriand Islands, didn’t bother to acquire the language, only learned what she wanted to learn, and her interpreters obliged by making it up. 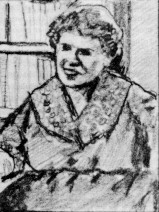 There is a long tradition of hoaxes and forgeries in the human sciences. The fossil of Piltdown Man provided British archaeologists with something home-grown to offer against the French and Spanish with their sumptuous finds of Cro-Magnon people, their art and artefacts at Lascaux and Altmaira. By the time the Piltdown fossils had been identified as the skull of an ape mixed together with the skeleton of a not very prehistoric man the perpetrators were long dead.

The psychologist Sir Cyril Burt was discovered after his death to have produced some very original home-made statistics in his anxiety to prove that people are differently equipped with intelligence. He was one of a long line. A recent book The J Curve by another psychologist named Murray and an economist, continued this sterling work among social Darwinists to prove that the poor are poor because they are stupid. A sceptic might argue that if Natural Selection was a reliable hypothesis, then the most intelligent and robust should be sought among those who were products of the most testing circumstances—the historically poor.

These distortions mattered less in the nineteenth century before psychology was invented and anthropological research was carried on by chair-bound scholars like Sir James Frazer in his Golden Bough, which was a hotchpotch of classical mythology, and stories brought back from the Empire by missionaries like Dr Livingstone and army officers like General Pitt-Rivers. This cosy world was burst open by a new breed who took research out into the field. The Pole Bronislav Malinowski went to the Trobriand Islands and brought back to the newly-founded London School of Economics his findings published as Argonauts of the Western Pacific. This was a materialist account of the daily lives of the people. He supplied the sex himself by getting his leg over the nubile Margaret Mead.

American anthropology of this time was dominated by the German scholar Franz Boas, much of whose work had been concerned with the American Indians. The Frenchman Marcel Mauss had also written about the native Americans of the north Pacific coast in his classic essay The Gift, but like the amazingly prescient, and home-grown Lewis Henry Morgan with his Ancient Society of a century earlier, he had come up with conclusions of primitive communism which were clearly unacceptable and mostly ignored in the US. An added disability for Morgan was his being taken up by Engels in Origin of the Family, Private Property and the State. It was not until the women’s movement in the 1960s that either could be mentioned in academic circles.

Boas was much more interested in a cultural approach and pressed his student Miss Mead for details of the sex lives of her subjects. Her publisher was also pressing for juicy details which would guarantee big sales. The result was a succession of best-sellers which guaranteed her a mass following. Margaret Mead became a living embodiment of the Statue of Liberty. Enter the villains, in particular the Australian Derek Freeman, to the hisses of American academics.

The Australians are frequently anti-American, we are warned; although Margaret Mead “did provide misleading embellishments” to her accounts of native life, they did not materially affect their accuracy. Freeman, for his part charges her with being anti-evolutionary and stuck in a rut of cultural determinism. He pleads for an interactionist view of things. Her defenders counter that he is viewing 1920s’ anthropology through the glasses of the 1980s with the benefit of hindsight.

If Americans are charged with reductionism, with ignoring the interaction between factors, then it would not be the first time that they laid themselves open. More recently than Margaret Mead, the biologist Garrett Hardin argued in The Tragedy of the Commons that medieval common land was destroyed by overgrazing until private property arrived to save it. But Hardin’s unregulated free-grazing was as false an assumption as Mead’s Polynesian lovelies being available to all-comers. There were rules, as wiser American counsels urged, also Karl Heinrich Marx:

“Men make their own history, but not just as they please. They do not choose the circumstances for themselves, but have to work upon circumstances as they find them, have to fashion the material handed down by the past.”