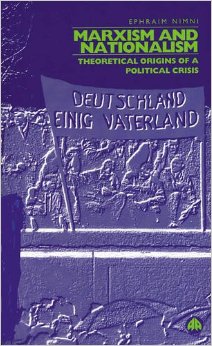 The Socialist Party is a Marxist organisation. We accept the main points of Karl Marx’s theories of history, economics and politics. But not uncritically. We differ from Marx on a number of issues, and we have made our own contributions to socialist theory. Without doubt our most serious disagreement with Marx is over nationalism.

Although Marx and Engels had declared that workers have no country and urged the workers of the world to unite, this was not their only statement on the matter. They also made a distinction between “historical nations” (such as Poland and Ireland) and “non-historical nations” (such as the Czechs, Scots and Welsh). Historical nations met with their approval because, as independent states, they could be progressive in terms of capitalist development. Non-historical nations, on the other hand, were doomed to be assimilated into the more progressive states (with “democracy as compensation”, as Engels put it). Non-historical nations were not viable as independent states in a capitalist world, argued Marx and Engels, and any movement for state independence in such nations could only be reactionary. The nation is largely cultural and linguistic whereas the state and its machinery of government is a geo-political entity.

Nimni also claims that Marx and Engels got it wrong on nationalism—but from a different point of view to us. He says that socialists can legitimately be nationalists, though not necessarily statists, given the widespread concern on the issue. His book is mainly a defence of Otto Bauer on nationalism. For Bauer, a member of the Austrian Social Democratic Party in the early years of this century:

“Integration of the whole people in their national cultural community, full achievement of self-determination of nations, growing spiritual differentiation of nations—this is the meaning of socialism.”

Which calls into question Bauer’s and Nimni’s understanding of capitalism and socialism. Certainly socialism will allow the fullest linguistic and cultural diversity, but to make this the basis of a political programme is something altogether different. Marxism explains how workers are exploited and unfree, not as individuals or particular nationalities, but as members of a class. From this perspective, identifying with a class provides as a rational basis for working class political action. The objective would be a stateless world community of free access. Given that nationalism does nothing to further this understanding, however, it is an obstruction to world socialism.