Socialism is the enemy of Nationalism 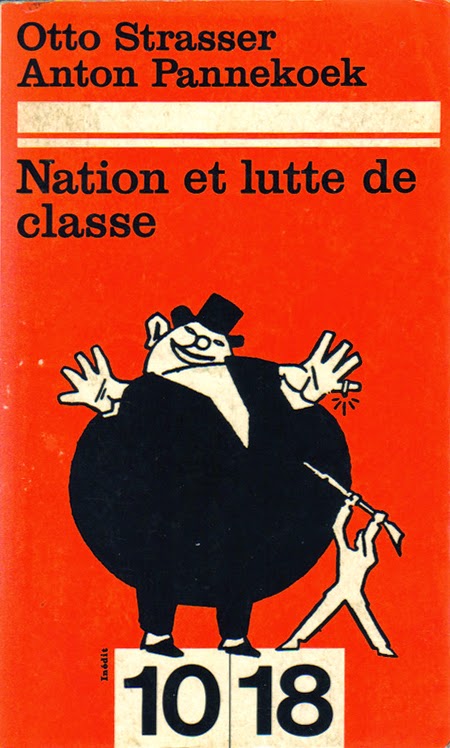 Before the first world war, Austria was a multi-national empire in which the Emperor and his bureaucracy ruled not only over Germans and Hungarians but also over Czechs, Poles, Ukrainians, Croats, Slovenes and others. As a result theoretical discussion of “the national question” became a speciality of Austrian Social Democracy. The problem was particularly acute in Bohemia where Germans and Czechs lived side by side and where a language quarrel raged over schools, jobs in civil service, signs in railway stations, and so on. Even the Social Democratic Party was not immune, the Czech party splitting in 1905 into those who wanted a separate Czechoslovakia and those prepared to work with the German-speaking party within the Austrian Empire.

Orthodox Social Democracy found difficulty in arguing against the Czech separatists since they were too nationalists, regarding the nation not only as a legitimate political form but even as the suitable framework for “socialism”. However, within the Social Democratic movement, there were people who insisted on the world-wide nature of socialism and on the incompatibility between nationalism and socialism. They called themselves “intransigent internationalists”. Among these were the authors of two pamphlets, first published in 1912, recently translated into French and published together as a single book: Otto Strasser, editor of a local German-language Social Democratic paper in Reichenberg (then in Austrian Bohemia, now in Czechoslovakia and called Liberec) and Anton Pannekoek, a native of the Netherlands then active in the Social Democratic Party in North Germany.

In his pamphlet L’Ouvrier et la nation (The Worker and the Nation), Strasser takes the various arguments of the nationalists as to why workers should regard themselves as part of a nation with a common interest (such as language, land of birth, national character) and demolishes them one by one. He also attacks those Social Democrats who argued that the best way to beat the nationalists was to meet them on their own ground by showing how the Social Democratic programme was in the “national interest”. This (which was in practice the policy of the Social Democratic Party) was, said Strasser, self-defeating and should be opposed.

Pannekoek’s pamphlet Lutte de Classe et Nation (Class Struggle and Nation) is more theoretical. He accepts the definition of nation given by Otto Bauer, the Austrian party’s leading theoretician, viz. “a human grouping linked by a common destiny and a common character”. He sees, however, nations as the product of the era of the rising bourgeoisie; at that time capitalists and workers did indeed have a “common destiny” against the forces of feudalism. But, with the development of capitalism, the class struggle more and more breaks out between capitalists and workers shattering their “common destiny”.

For the workers the nation then comes to be replaced by the class as the “common destiny”. Becoming class conscious, therefore, involves rejecting nationalism. He describes the “national conflict’ in multi-national States such as Austria as merely an aspect of the competition between the capitalists within such states, with the different sections using language and nationalism to try to win mass support for their vested interests. He advocates that workers speaking the same language finding themselves divided between two different states (he gives as an example Ukrainian-speakers who were then to be found in both Austro-Hungary and Russia) should not form a single cross-frontier party, but should join the Social Democratic party of the state in which they happened to live, in order to help the struggle to win political power in that state.

Pannekoek emphasises the world, rather than inter-national, character of socialism:

“The socialist mode of production does not develop opposing interests between nations as is the case with the capitalist mode of production. The economic unit is neither the State nor the nation, but the world. This mode of production is much more than a network of national production units linked with each other by an intelligent communications policy and by international conventions as described by Bauer on page 519. It is an organisation of world production as a unit and the common affair of the whole of humanity (Pannekoek’s emphasis).”

For him, “nations” will only survive in world socialism as groups speaking the same language and even then a single world language may evolve.

For all their criticism of the national policy of the Social Democratic parties, Strasser and Pannekoek were themselves Social Democrats and (at this time) shared many of their illusions, particularly that a socialist party should have a maximum (socialism) and a minimum (social and democratic reforms within capitalism) programme. This mistaken belief that socialists should try to combine the struggle for socialism with a struggle for reforms comes out occasionally in the text of both pamphlets. But this does not detract from the fact that both pamphlets put essentially the socialist case against nationalism.