Diary of a Capitalist 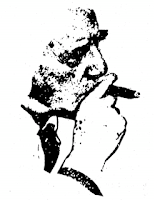 Sunday
There has been a lot of ill-founded criticism of Princess Anne’s behaviour on her visit to Norway. She was shown on Norwegian television touring a hospital nursery. The television audience watched as a five-year-old boy “tried to shake hands or get a cuddle from her and was apparently spurned. ‘No cuddle, not even a smile’ was the headline on one newspaper’s front page” (Daily Telegraph, 7.11.78). Thousands of people rang the papers expressing their distaste, and suggesting the Princess should go home. Most of them said they could not understand how Princess Anne, herself a mother, could show such coldness to a child.
All these proley protesters are missing the point. Motherhood isn’t the same thing in the capitalist class as it is in the working class (and the Royal Family are in the capitalist class: they have a very large income from investments, apart from their annual State payments). Upper-class mothers still have to bear their children themselves — the workers can’t do it for them yet (though these experiments to plant a fertilized human egg from one set of parents into someone’s else’s womb may soon solve that little difficulty): after that, the hard work of bringing the children up is done by the servants. Most upper-class children form what emotional links they are capable of in the circumstances with their Nannies. Take me: I was brought up by my Nanny and a nursemaid. My parents came in most days about four o’clock to see me having tea in the day nursery: apart from that I saw little of them. When I was a bit older, other servants looked after me and introduced me to blood sports on the estate. As Lord Lovat says in his March Past: a Memoir, just published, the person who first took him fishing was not anyone in his family, but an “old retainer, the castle lamplighter” (Daily Telegraph, 2.11.78). Then at nine I was sent away to boarding school: prep school till thirteen, public school till eighteen. There I was given a thorough training in how to order other people about, which is the role in life of a member of the upper class. (At the same time the state schools very properly teach the workers’ children the mirror image of that: how to conduct themselves at the bottom of the pile, and how to obey those above them. As the Daily Telegraph leader said on October 27, the teachers’ power to cane their pupils is a necessary “supplement to a whole system of ritual and convention designed to instil the notion of hierarchy and predispose the young to habitual obedience”.)
The result of this upbringing is to implant in the future members of the upper class the necessary harsh, tough, unsentimental character which one must have to be a ruler in class-divided society. Kindness, pity, sympathy, humanity — all these would be a handicap to us in doing our job: we can leave all that to the workers.

Lord Brooke is letting the side down. He is the present descendant of the Greville family, who have owned Warwick Castle since 1604. The Fulke Greville of that time, who was a rich man in Warwickshire. mainly through the fortunate marriage of his grandfather to an heiress, jumped the right way on the death of Queen Elizabeth in 1603. and backed the successful claimant to the throne, who became James I. Soon after James’ coronation he gave Warwick Castle and its lands to Greville. The Grevilles have had them ever since. The present head of the family, the Earl of Warwick, sold some farmland in Warwickshire for £500,000 in 1959, and moved away to live in Rome. Warwick Castle he handed over to his son, Lord Brooke. The castle makes a nice profit from the hundreds of thousands of tourists who pour in each year, including 500,000 adults at £1 a head. But since 1968 Lord Brooke has been selling off the treasures in the castle, including twenty-six pictures (Canalettos, Rubens, Van Dykes) for about £2 million, and the famous Warwick Vase, the 1800-year-old Roman marble masterpiece at present in a Wimbledon warehouse awaiting a buyer for about £250,000. Now Lord Brooke has sold Warwick Castle itself to Madame Tussauds. the waxwork people, for £1,500.000.
For years Lord Brooke, who prefers to live on various properties he owns abroad, has refused to explain his activities. Finally, in August, he said he had to sell his pictures and so on in order to repair the castle. Now he has sold his castle, unrepaired, and kept the picture money as well.
Lord Brooke should realise that we in the upper class have to put up a united front against all the others, who naturally can’t see why we have all the property. One good excuse is that we really only look after our wealth, as trustees for the nation: we are safeguarding the country’s heritage. The Greville family motto is “Scarcely do I call these things our own”. Now he has blown the gaff, and everyone can see what a hollow excuse it was. I sympathize with all those members of the Greville family who arc very annoyed with Brooke for having given the game away so openly, such as his cousin, Priscilla Greville, who said, “the house of Greville is in the dust” (Observer, 8.10.78). She said she hoped that if Tussauds do put some wax models in the castle, as they intend, one of them will be of Lord Brooke being beheaded by the guillotine.

My friend Viscountess Chelsea has had her BMW stolen from a garage in Hungerford. The irritating thing was that she had £150,000 worth of jewellery in the boot. She has offered a £10,000 reward (Daily Mail, 1.11.78). Even worse was what happened to Sheikh Salman Jassim, of the Royal Family of Qatar in the Persian Gulf — I met him some time ago over an oil machinery contract. He was having treatment at a London hospital, and someone stole his bedside briefcase containing gold and diamond jewellery worth £250,000. The country’s coming to a fine pass if one can’t carry a few gem stones round with one.

A few years ago I was involved in a small business arrangement with William Stern, a big property dealer. He wasn’t able to control the huge empire he created well enough, and it collapsed leaving him a bankrupt, owing over £100 million. However, he had shown some foresight, and though he has had to draw in his horns a little, he still lives very adequately. He used to spend £70,000 a year, and now he still gets through £30.000 a year. “His six children still go to private schools. His family still live in an elegant house at West Heath Avenue, Golders Green. They still use the luxurious furniture. They can still admire paintings that cost £30,000” (Daily Telegraph, 21.10.78). All the finance comes, apparently, from a trust in New York for his children that he set up in good time before the crash.
A man who can contribute to society by buying and selling property like Mr. Stern deserves to have a luxurious standard of living, even after his slight business contretemps.Friday

I sent off today for a statue of a horse, ‘’the Flying Horse of Kansu”, which should fill a corner in the hall of the new house. It is a reproduction in hall-marked eighteen-carat gold of a Chinese bronze sculpture, found in a Han dynasty tomb. The reproduction weighs 250 grams, and costs £3000. The advert of the company selling these reproductions (this one in gold, and others in silver and brass) gave a lengthy, would-be learned commentary (Daily Telegraph, 21.10.78) covering the historical and cultural background. “The horse is shown in an attitude expressive of ecstasy and freedom supported by one hoof on the back of a flying swallow which turns its head in surprise.” Well, it would, wouldn’t it? A pity they can’t spell Buddhist (they think it’s “Budist”), but most of the people who will be coming to my house and listening to me bragging about the cost of the statue aren’t too hot on spelling anyway: they don’t mind, so long as they have enough arithmetic to count their dividends.

When the newly-elected Pope John Paul I died, so soon after the deaths of the previous pope and of Metropolitan Nikodim (officially ranked second in the Russian Orthodox Church), Dr. Billy Graham thought it was significant. He “said in Stockholm yesterday: ’Perhaps in the deaths of Pope Paul VI., Metropolitan Nikodim and Pope John Paul I within such a short time in Rome God may have a message for the world.’ Graham said he did not know what the message was” (Daily Telegraph, 30.10.78).

This Graham man is losing his grip. What we capitalists require, to keep the workers’ minds off stern practicalities, is supernatural certainties, not these vague hints. For example, the Daily Mirror said Yuri Geller would mend watches and clocks by long-range, wholesale magic, if people put them near his photo in the Daily Mirror (in other words, you had to buy the paper to try it). The usual flood of simpletons wrote in convinced that this optimistic treatment had worked, and the Daily Mirror was able to announce in a banner headline taking up most of its front page, “You did it. Yuri!” The same with the miracle shoe which has turned up at a convent in Canada. The old priest who founded the convent died there eighteen months ago. and the nuns who laid him out were convinced they could see a face on the sole of his old shoe — the face of Christ, naturally. The Sunday People (24.9.78) published a picture of it, and if you look a long time at the picture with the eye of faith you might be able to see in the scratch marks something like a face. A professor of organic chemistry at Quebec’s Laval University had no doubts: “there is no possibility that the face was placed there by a human being, using artificial means. That leaves only one conclusion.” The convent’s medical adviser (a man doubtless quite impartial as to the prosperity of the convent, to which thousands of pilgrims have been flocking since the discovery) said, “I have no doubt that something strange has happened. This could not have been done artificially.”

That’s the stuff we capitalists need! One of the best ways to divert the workers’ minds from the annual wage-cut called inflation. for example, is to persuade them there is a great supernatural being demonstrating his power, and reminding them that eternal bliss is in store for them.

Graham should be ashamed of himself.