The nationalist argument, as propounded by Plaid Cymru in Wales and the SNP in Scotland, is quite simple ― and wrong. The people of Wales and Scotland, they say, suffer because they are misgoverned from England; what they need is an independent State of their own so that they could begin to solve their problems. In fact the problems faced by wage and salary workers in Wales and Scotland are basically the same as those in Britain or Ireland on any other country; they are caused by international capitalism and can only be cured by world Socialism. The setting up of “more frontiers in the world”, as the former Welsh nationalist MP Gwynfor Evans so frankly puts his aim, would be irrelevant and a waste of time.

Socialists reject allegiance to any State and regard themselves as citizens of the world. We accept the boundaries between States as they are (and as they may change) and work within them to win control of each State with a view to abolishing them all. Our aim is the establishment of a democratic world community without frontiers based on the common ownership of the world’s resources.

“Celtic nationalism” is a misleading phrase as the word Celtic, like Aryan, has no real meaning outside linguistics where six languages (Welsh, Irish and Scottish Gaelic, Breton and the extinct Manx and Cornish) form a distinct group labelled “Celtic”. What Ireland, Scotland and Wales share is that they are areas where now only a minority of the people speak a Celtic language. This, however, does not justify calling them “Celtic countries” or creating a mythology about “the Celtic nations” or, worse, about “the Celtic races” (a phrase which repeatedly occurs in Ellis’ book).

Of course people should be free to speak the language of their choice and, if they occupy a distinct area, to have social affairs discussed and administered in that language. The language question, however, is distinct from the so-called national question. Welsh-speakers have had a real grievance against the English-speaking administration; this to a certain extent and thanks to their protests has now been resolved and certainly would be in a Socialist world. These grievances have been misdirected by the partisans of a separate State in Wales in accordance with the old nationalist slogan “no language, no nation”. This is nonsense. Those who speak Welsh are just Welsh-speaking human beings, not members of some imaginary Welsh nation. Welsh-speaking Socialists have long recognised that they are Welsh-speaking world citizens. 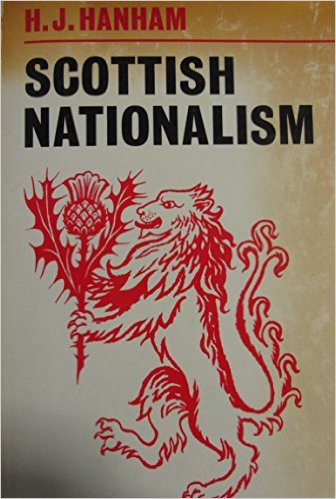 Of these books, Ellis’ is a readable journalistic account from a nationalist viewpoint of Welsh nationalism; Hanham’s is a more scholarly history of Scottish nationalism; the three essays on nationalism in Ireland, Wales and Scotland are a deadly bore. MacDiarmid, the eccentric writer who stood as a Communist against Sir Alec Douglas Home in 1964, has filled his essay with large chunks from the Communist Party’s programme and makes the absurd suggestion that “the Labour Party’s betrayal of the Scottish cause is on the point of being effectively contested by the development under Communist leadership of a Scottish National Liberation Movement”. He should stick to poetry.

Home Rule as distinct from independence, i.e. a separate parliament subordinate to Westminster, was for a number of years the policy of the Scottish TUC and, in view of the current moves of the Communist-led Scottish Area of the NUM to revive this, it is interesting to note some of the views Hanham records as being expressed at the STUC in 1921 :

“It was disgraceful they should be wasting time over a question like Home Rule. It was of no consequence to the working class”.

“While capitalism continued the workers would not be any better off even when Home Rule was in operation”.

Let us hope someone can be found to say the same at the next STUC conference.

“is to be found in the old Colonial empire, where dominion status or independence simply meant a transfer of power to a new group of politicians, while the structure of state and society was but little changed.”