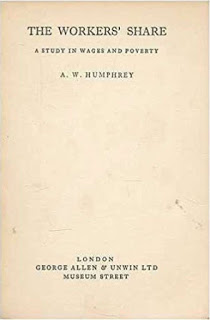 This little work is a compact handbook of information on the wealth and poverty which exist side by side in capitalist society.

Part I, “Evidence of Statistics of Wages and Wealth,” gives facts and figures relating to wealth distribution over the past three-quarters of a century, together with the authority for the various statements.

The price 2s. 6d. seems somewhat high for a work of 92 pages, but the book is a mine of information, most of it not easily accessible otherwise, and not elsewhere brought together in one handy volume. It will prove of great value to propagandists.