We do not forget Jack Cornwell,” said the Lord Mayor of London addressing same 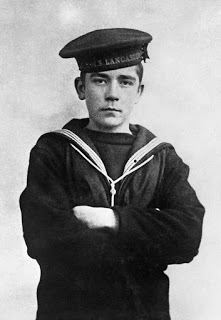 of the men of the Navy. The humbug of it is paralyzing to those who remember how the class for whom he was speaking kept Jack’s mother out of her pension, tied up the money publicly subscribed for her benefit, and left her to starve.

Similar cant is the Government’s eulogies of the rank and file who did the fighting and the suffering, and the workers who supplied the means by which the war was carried on and won. Thousands of those who bore and reared the men who died in the trenches or at sea, and those men and women, and boys and girls, who were blown to pieces in the munitions factories, are Old Age Pensioners, yet, we are informed by the “Daily Chronicle” (Aug. 5th), notwithstanding that the London Old Age Pensions Committee is “still urging the Government to authorise a special allowance to old age pensioners in order that none of them, owing to poverty, should be left out of the peace rejoicings,” the Chancellor of the Exchequer “has hitherto declined to authorise a special allowance of 5s. to every pensioner, as recommended by the Committee.”

And at the moment when they are refusing a stingy 5s. to the poverty-stricken fathers and mothers, and grandfathers and grandmothers, of their “heroes,” they are showering hundreds of thousands upon their fighting-chiefs, and fighting like the very devil to pass a Bill to raise their own salaries from £2,000 a year to £5,000. They are as dead to shame as they are to humanity.

Stir yourselves, workers, and settle with the gang once for all.