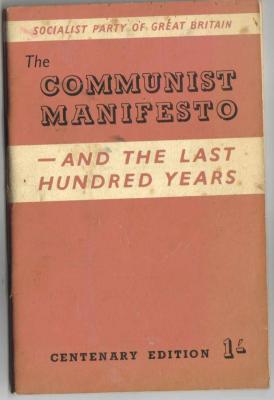 This year being the centenary of the publication of the Communist Manifesto we are reprinting the latter, together with Engels’s preface to the authorised English translation. Prefixed to these is an introduction we have prepared covering the working-class movement over the past hundred years. Limitations of space have compelled us to be brief; we have had to omit reference to working-class development in Canada, India, China, Japan, Australia, and elsewhere, as well as to make only fleeting references to many important phases of the movement; but we have endeavoured to give a clear and lucid picture of those developments that have had a deciding influence upon the main course of the working-class movement since 1848.

END_OF_DOCUMENT_TOKEN_TO_BE_REPLACED 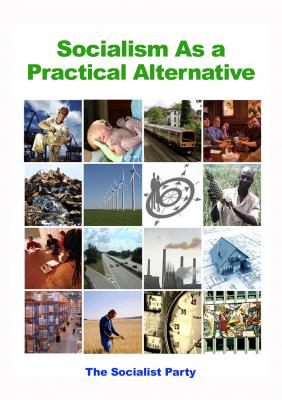 Preface to the Revised Edition

A pamphlet with the title “Socialism As A Practical Alternative” was first published by the Socialist Party in 1987. Its purpose was to add some proposals for organization in Socialism to its basis of common ownership, democratic control and production solely for needs. The original text has been reissued with a few minor amendments.

Since 1987 the ravages of world capitalism have continued. Further millions have been added to the list of those who have died from hunger and avoidable disease. The market system continues to feed on its diet of misery. Now in a phase of world slump, it prevents society using its powers to solve problems. Around the planet, violence also continues with war  coming yet again to Europe in the former Yugoslavia.

END_OF_DOCUMENT_TOKEN_TO_BE_REPLACED 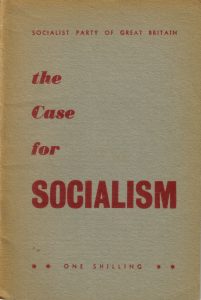 It may well happen that the contents of this pamphlet will not be at all what some readers anticipate from the title. The word ‘Socialism’ is widely used in so loose and inaccurate a way that they may expect to find in ‘The Case for Socialism’ arguments about the supposed merits of the nationalised industries or about electing a Labour Government. No such arguments will be found in this pamphlet or in any of the propaganda of the Socialist Party of Great Britain and its Companion Parties in other countries. Instead, the reader is asked to consider the case for replacing the social system that exists here and in all countries of the world by a fundamentally different social system.