Life and Times – The Beer Festival 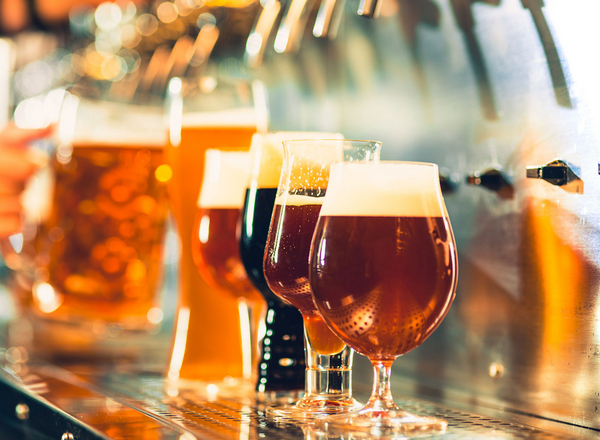 One of the frequent objections to the possibility of socialism is that it proposes a moneyless society. After all, no one willingly works for free. This truism runs counter to examples of how, even under money-driven capitalism, a great deal of work is undertaken freely.

I am going to outline one example which centres on a community beer festival. Over the last weekend in November, 2021, such a festival ran in the village hall within the Metropolitan Borough of Barnsley. Running from mid-Friday afternoon through to late Sunday afternoon, it eventually raised, that is made a profit of, over £10,000.

The first thing that needs to be acknowledged here is that this is hardly an exemplar of socialism. The whole purpose of the festival was to raise money to fund local community projects, the motivation was blatantly profit.

How could it be otherwise? There was a time during the prominence of Arthur Scargill and the militancy of the NUM that the area around Barnsley was referred to in the media as the People’s Republic of South Yorkshire. More of a nod to Soviet-style state capitalism than anything to do with actual socialism.

Barnsley, just like anywhere else in the world, at present abides by the rules of capitalism. This means community events and projects require money. However, just as the seeds of capitalism were nurtured and gradually grew under the previous system, feudalism, so it is possible to identify a similar sowing of socialist notions under present capitalist conditions.

The thing to note is that apart from myself, none of those involved in organising and running the festival would identify as socialists. Rather the contrary, especially those who are local business men and women. This demonstrates that a willingness to give time and effort for free does not have to be motivated by ideology.

And there was a considerable amount of time and effort given by those involved, beginning with an organising group that began meeting in July. At this point those who were prepared to plan the event came to the fore. They met regularly and identified all the component parts of a festival and the arrangements that needed to be made to realise those plans.

Then the business people came in, the ones involved in the licensing trade and brewing whose direct commercial interests ran counter to the festival in that the local pubs would lose custom over that weekend. Nonetheless, on top of running their own businesses, they worked hard to source and arrange the supply of beers from a wide range of breweries, not just their own.

Other local business people sponsored the barrels, and this at a time when Covid lockdowns had affected them over a long period. Admittedly, as sponsors there was an advertising aspect, but I suspect this brought more local kudos than actual profit.

The event itself was run entirely by volunteers. From those who the day before set up the bars, primed the pumps and cleaned the lines, decorated the hall, arranged the furniture and so on, to those who pulled the pints and generally ran the event and then dismantled it all and cleared it away on the Monday.

On Friday evening the local primary schools came along with teachers and parents to sing carols around the Christmas tree, then on the Saturday, local singers and musicians performed for free.

To reiterate, I am not claiming this as an example of socialism in action. Patently, money remained the driving force behind it all and commercial profits were made by the breweries whose beer was sold.

Yet all of the work required for the festival to take place was given freely, and in a commercial context. How much more likely is it that people will be willing to contribute their labour in a society without commercial pressures, especially for the common good?

It is surely clear that the motivation was the wellbeing of the community, the common good and this elicited a great deal of local support from the wider community. If this is possible under capitalism in straitened times then there are clear grounds for positing a society where this is the norm.

Also, the wide range of people freely giving what they could of their time and energy is a practical demonstration that ’from each according to their ability’ is not just a theoretical aspiration. And even while those people would not necessarily identify as socialists, indeed they probably represent the main political parties in their voting habits, they willingly acted in practical ways that surely encourage the presently small number of socialists.

This is but one of many examples throughout society of people working for free for the common good. There’s a long way to go to realise socialism as a worldwide system, but this was one small step, be it, in the circumstances, an unsteady one.