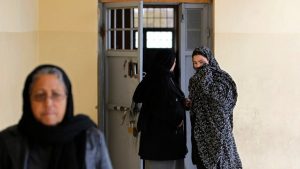 Religion – Thy Name Is Superstition

‘A Pakistani court has sentenced a Muslim woman to death for committing “blasphemy” by sharing images deemed to be insulting to Islam’s Prophet Muhammad and one of his wives, also considered a holy personage by many Muslims. The trial court in the northern Pakistani city of Rawalpindi on Wednesday sentenced Aneeqa Ateeq under the country’s strict blasphemy laws, which impose a mandatory death penalty for insulting the Prophet Muhammad’ (aljazeera.com, 20 December).

Pakistan is one of thirteen countries, all of a Muslim majority, where blasphemy is punishable by death. The past lies like a nightmare upon the present: ‘Two years after Michelle, 15, was kidnapped, sold, forced to convert to Islam and married to a stranger, relatives still ostracise her. “My aunts and uncles have left us, and my two older brothers, till a few months ago, were not even talking to me,” said Michelle, talking to IPS over the phone from Faisalabad, in the Punjab province of Pakistan. They believe she has brought dishonour to them. Her captors and even the cleric who officiated the marriage are free despite committing multiple offences, including abduction, trafficking and rape. “There are several laws that can be invoked for tackling offences, such as kidnapping and abductions,” lamented Peter Jacob, executive director of the Center for Social Justice (CSJ), a research and advocacy organisation. “But the prosecution has failed to do so”’ (ipsnews.net, 19 January). According to one Dr. S. Faizi: ‘It is important that Muslims reclaim the Quran, discarding the distorting interpretations by patriarchal men’ (countercurrents.org, 18 January). The humanist and feminist author, 59-year-old Taslima Nasrin, who was born in East Pakistan (now Bangladesh, from where she is banished, her books banned and bounty placed on her head) would likely disagree, having stated: ‘The Quran can no longer serve as the basis of our law. A thousand years ago it may have been useful for fending off barbarism. But we live in modern times, the era of science and technology. The Quran has become superfluous. It stands in the way of progress and the way of women’s emancipation’ (Index, September/October 1994). 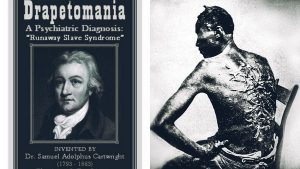 Believe it or not, religion was humans’ first attempt at science. We could not explain the forces of nature, the rising and setting of the Sun, phases of the moon, etc., and ascribed them to the supernatural. Viewed through the lens of the materialist conception of history, it can be seen as a necessary adjunct to our development. Yet religion has long served the interests of the minority master class. Science too. Science itself has become bourgeois and is dependent upon capitalism for its operation and expansion. In 1850s America a Dr Cartwright identified a condition, drapetomania, that caused black slaves to flee plantations. Russian psychiatrists famously aided Stalin by diagnosing dissidents as insane. Contemporary examples include the sociobiology of E.O. Wilson and Steven Pinker’s evolutionary psychology. An article titled ‘Capitalists Only “Trust the Science” When It Suits Their Agenda’ (leftvoice, 21 January) explores this theme further.

’Even when ‘good’ research is done, the products of that research still exist in a social milieu: not all research or results see the light of day in publication and distribution. That information must still navigate a web of entities with vested interests in the ‘outcomes’ of science. Often, when a study uncovers information that certain entities (the funding agency, the university, the government, corporations in a particular industry) don’t like, they bury or discredit the study. For example, Katherine M. Flegal has been the victim of a 15-year-long campaign to discredit her research demonstrating that being “overweight” is not actually a risk factor for health. Some resistance to her work comes from the weight loss and health insurance industries, but some of it also comes from another classic abuser of “science”: Big Tobacco. When analyzing the data from another study, Flegal found that some of the perceived risks of obesity were actually due to smoking, which had not been accounted for in the original study’.

Reflecting last year on how her 2005 and 2013 papers were received, Dr. Flegal concluded: ‘Scientific findings should be evaluated on their merits, not on the basis of whether they fit a desired narrative’. Indeed.

‘In an admirable, longstanding tradition, heedful Americans are taking multiple, pragmatic, science-based precautions against a virus that […] has killed 900,000 people, […] and is still infecting almost 700,000 people a day. LOL. Just kidding. In moronic fact, […] crackpots still roam the land, spewing their crazy. […] Add to their ranks […] Christopher Key, who as bonkers head of the Vaccine Police […] now advocates […] drinking urine to ward off COVID. He cites […] “antidotal” evidence, to support urine therapy; he himself has been drinking his own urine for 23 years, evidently proving, “God’s given us everything we need,” except perhaps a working brain’ (commondreams.org, 12 January). 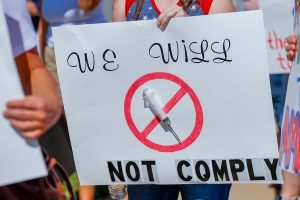 When you doubt ‘our’ leaders or science alone can save us, and begin to question the ‘alternative facts,’ distortions, lies and misinformation of mainstream media, conspiracy cranks and fundamentalist fakirs, consider instead scientific socialism which provides an analysis of the capitalist system that explains how wealth comes to be produced and distributed and who gets what from the pool of social production. It is able to place this in an historical context showing the development of its productive relationships from past systems. It is also able to define the economic limitations of political action within the system and reliably predict the results of various political policies. Another world is possible, one where scientific progress comes hand in hand with societal progress, which is in turn driven by personal betterment of every member of that society. Let’s make it so.