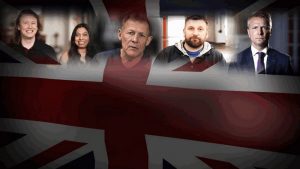 The pandemic has understandably pushed Brexit out of the limelight recently. But an edition of BBC One’s Panorama reminded us that the issue drags on, and has impacted on how many businesses which export overseas run. Brexit: Six Months On follows several ‘UK businesses at the sharp end of Brexit’ and how they have managed through top-down changes to the market they have to operate within.

One common complaint is the burgeoning bureaucracy now involved in transporting commodities to Europe. For Loch Fyne Seafarms, a shellfish business in west Scotland, one delivery to a European Union country used to involve one delivery note, whereas now there are over 80 pages of tiresome forms which take hours to complete. ‘Paperwork, paperwork. It’s just madness. It’s so much a waste of paper, a waste of time, a waste to the environment, a waste to cost’ says managing director Jamie McMillan. One piece of required admin is a ‘transit declaration’, a messy procedure involving umpteen reference numbers from umpteen different databases. Another food exporter featured in the programme, Creative Nature, faced headaches from other Brexit-related regulations. A planned delivery to Malta got delayed for months while they argued that their vegan snack bars don’t need the same certification as animal products, and then while they added mandatory new labelling to all their Europe-bound stocks. An estimate from before Britain left the EU said that all this kind of knotty red tape would cost British-based businesses £7.5 billion a year. As well as costs taken up by the time taken to plough through additional admin, firms have also had to pay out for customs fees and health certificates when exporting to Europe. For Jamie McMillan these are equivalent to tariff costs which Boris Johnson boasted wouldn’t be part of his ‘jumbo’ Brexit deal. Small businesses are particularly vulnerable to financial pressures from increased costs (compounded by the pandemic), lacking the resources and capital which allow larger companies a little more security. In time, it’s likely that protocols will change so that costs are reduced, because costs eat into profits. Ultimately, Brexit means a shift in the markets so that some profits end up going to different capitalists than they otherwise would have. Along the way, the weakest businesses will go bust, wrecking the livelihoods of their staff, although the documentary doesn’t cover businesses cut off by ‘the sharp end of Brexit’.

The new complications and costs of exporting to EU countries have meant that many British companies have found that it’s easier and more lucrative to transport goods elsewhere, or they have needed to do this to survive. Loch Fyne Seafarms stopped exporting to Europe altogether and instead switched to places such as Singapore, Hong Kong and Taiwan. Similarly, Creative Nature decided to concentrate on the Middle East and American markets. It might sound counter-intuitive for it to be more worthwhile to export thousands of miles further, especially considering the additional pollution caused by moving shellfish or snack bars halfway round the world to places which could probably produce them anyway. But the market isn’t driven by what’s practical or sustainable, nor by genuine needs and wants, but by whatever’s more profitable.

Concert equipment transporters Stagetruck fell foul of new rules restricting how they can operate overseas. Lorries registered in the UK can no longer make more than two drop-offs in Europe, causing a problem because their business supports musicians on tour across multiple venues. To get round the change, Stagetruck built a new base in Holland for their lorries to be registered from, and then had to arrange Irish driving licences for their British drivers so they could travel around Europe. Lynas Foodservice, also featured in the documentary, is based in Northern Ireland, which is still part of the European Single Market and therefore subject to specific rules complicating how they deal with British companies. Its managing director Andrew Lynas says that nowadays it seems easier to attend a trade show in France than one in England. The convoluted way which these and other firms have had to manoeuvre around the system highlights its absurdity. The root of the problem here isn’t Brexit, but rather in nation states and the way that they divide up people. Legislation, policies and procedures formalise and normalise this, clogging up our lives and alienating us from others. Panorama: Brexit: Six Months On doesn’t reach this conclusion, of course, its analysis not looking deeply into capitalism’s workings, and certainly not beyond them.

The programme includes the views of a few economists, such as Julian Jessop of the Institute of Economic Affairs. An optimist about Brexit, he claims that shocks to the economy can have a positive impact if they make businesses think about doing things in a fresh way. In other words: treat ‘em mean to keep ‘em keen, which could be one of the guiding principles of capitalism itself. All that businesses can do is try to adapt to different circumstances, not having any say over what the legislators decide, nor, more fundamentally, any control over market forces. And this is the case whether or not Britain is part of Europe.

One Reply to “Proper Gander”