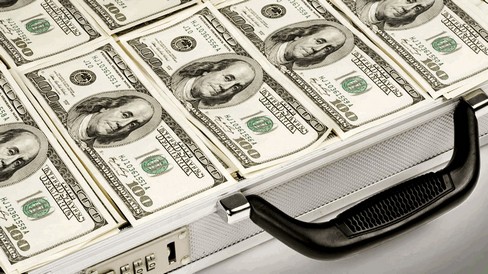 As a result of the recent conflict, many supporters of the Palestinian cause portray Hamas as gallant freedom-fighters up against Israel’s military might. While, in turn, the pro-Israel Zionist lobby depict Hamas as the super-villains. Many readers will be surprised that Hamas exists through the acquiescence and collusion of the Israeli state which appears to adhere to policies of better the foe you know, keep your friends close but your enemies closer and divide to conquer.

The origins of Hamas have their roots in the Muslim Brotherhood, led in Gaza by Sheikh Yassin. Not only was he allowed to openly spread his Islamist message while Israel was conducting assassinations of members of the PLO, but Yassin was also permitted to form Mujama al-Islamiya as an official charity that would eventually evolve into Hamas (on.wsj.com/3wDFzfV).

Yitzhak Segev, the then governor of Gaza, has said he was in regular contact with Yassin, ‘We had no problems with him.’ Segev actually arranged for the Muslim cleric to have hospital treatment in Israel. Segev told a New York Times reporter that he had helped finance the Palestinian Islamist movement as a counterbalance to a shared enemy, the secular leftists, hoping Hamas would become an alternative to the PLO, a need that grew greater when the PLO started negotiating the two-state solution. The Islamic militants accused it of treachery and this suited Israel at the time who wished to keep building Jewish-Israeli settlements on occupied Palestinian land.

Like Baron Frankenstein, Israel spawned a monster over which it lost control. Sheikh Yassin was assassinated in 2004 by missiles from a helicopter.

Old history? Not so. Israel still indirectly facilitates the funding of Hamas to this day.

A process confirmed by the Reuters report:

‘Qatar, with Israeli acquiescence, has provided substantial funding to Hamas in recent years, by some tallies, millions of dollars a month, chiefly to pay administrative salaries, some of which can then be siphoned off… A guy from Qatar comes every month with his suitcases of money accompanied by Israeli soldiers to pay Hamas administrative staff…’ said the senior European official (reut.rs/3wFhZiU).

Moshé Machover, a close observer of events in the region, wrote in the Weekly Worker how Netanyahu explained why Israel permits the financial support of Hamas:

A common refrain is that it is for the Palestinians themselves to determine the methods of resistance, not ourselves, and they have chosen Hamas as their representatives.

Has Hamas ended the 14-year long siege? Has it provoked Israel to invade with ground forces for Hamas fighters to inflict heavy casualties upon the IDF? Has it overcome Israel’s defences when several hundred rockets fizzle out before even reaching Israeli territory and of those that do, 90 per cent are shot being down by Iron Dome? Has Israel’s ‘self-defence’ been a financial cost to it considering that the USA pays Israel’s bills?

What Hamas rockets did do was to distract from East Jerusalem and the Palestinian-Israeli protests across Israel. Some critics suggest it was a power-play by Hamas, not an act of solidarity. They want to present themselves as the leadership of the Israeli-Palestinians and protectors of the holy places.

Hamas could have revived the March of Return to the fences as a non-violent alternative to the very clear suicidal strategy of armed struggle, although even that tactic was not without a likely cost in lives from past experience of Israel army snipers. Regardless, Hamas wanted a media event of Israeli bombings and mass misery and Israel, for its domestic politics, obliged them.

Michelle Bachelet, the UN high commissioner for human rights, has said, referring to the Israeli bombing, ‘Air strikes in such densely populated areas resulted in a high level of civilian fatalities and injuries, as well as the widespread destruction of civilian infrastructure’. If deemed to be indiscriminate and disproportionate in their impact on civilians ‘Such attacks may constitute war crimes’.

Equally pertinent, Bachelet went on in her statement to say the Hamas tactic of locating rocket launchers in densely populated civilian areas, and firing rockets which were indiscriminate and failed to distinguish between military and civilian objects, ‘…constitutes a clear violation of international humanitarian law…’

Both sides in this war caused innocent civilians to die and the only difference being that Israel killed far more than Hamas.

People have taken to the streets for the cessation of violence and ‘Boycott, Divest and Sanction’ has become a popular policy for campaigners, but in many situations, there are problems in this capitalist world that have no solution. The Israel-Palestine deadlock may well be one of those where we have to await the creation of a cooperative commonwealth. In the meantime, for the sake of stopping the killings and destruction, there is an opportunity for the Palestinians and Israeli government to agree to the Hamas offer of the hudna, an Islamic form of a long-term and renewable armistice where both parties mutually accept the pre-1967 borders.

But even that is also a very distant hope according to many informed commentators.

One Reply to “Material World”