In a League of Their Own 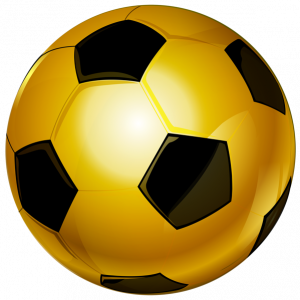 April is known for showers and fools. The shower presently in charge of six leading Premier League football clubs seemed determined to make fools of the rest. Their stated intent was to form an elite of European teams to secure the largest possible slice of the revenue pie.

As it turned out they were the April fools as the scheme quickly collapsed as all 6 English (geographically, if not by ownership) clubs withdrew from the scheme. However, even though a Spanish and an Italian club followed suit, according to Real Madrid’s president, the European Super League isn’t dead, it’s ‘on hold’).

The other 14 Premier League clubs had been joined by the rest of football and publicity-seeking populist politicians, including the prime minister, in condemning this blatant money-driven assault on purported sporting values. Many a pious platitude was solicited from commentators, pundits, former players and supporters.

Whether this was a serious proposal or a high pressure negotiating position remained unclear. It did seem remarkably coincidental that it appeared as football authorities were announcing changes to present structures. Whatever the purpose, money will be the driving force behind it. How could it be otherwise under capitalism?

Those loudly protesting this assault on the values of the game have more than a little hypocrisy about them. The Premier League was formed in 1992 for precisely the same reasons offered in support of the European Super League.

Sky Television offered fabulous amounts of money for exclusive rights and football was reformed for that reason alone. Subsequently, other media platforms have bought into the product, the only value actually realised being the commercial one.

Football has succumbed to modern capitalist financial practices. Clubs are purchased via leveraged deals, whereby the buyers borrow the money they need, but then settle that borrowed amount as debt on the club. Manchester United led the way in this sort of trading, but even smaller clubs are now subject to these methods.

One such is Burnley, recently bought out this way by an American deal, ending local ownership for the first time in the club’s history. Burnley was one of the original 12 founding members of the Football League in 1888, when the town was a major centre for cotton textile manufacture.

Of those 12 clubs, 6 were in Lancashire, the rest were in the industrial heartlands of the Midlands. The common factor was economic dynamism. The original Football League was itself a product of the financial circumstances of the day.

Football served an ideological function, encouraging workers to identify with their local team and, by association, the local capitalists who actually owned the clubs. It also encouraged workers into rival groups, sometimes leading to violence.

The link between football and violence of supporters is usually portrayed as emerging in the 1970s. However, a Times report on the 1914 cup final between Burnley and Liverpool made a point that the two sets of supporters did not assault each other, which suggests such events were not unknown.

Capitalism is all encompassing. Sport is not, and has never been, exempt from that. Even amateur football cannot escape: there’s the hire of the ground to play on and facilities to change in, kit to change into and various other expenses. Free it is not.

Whatever the eventual formulation, huge sums of money will be involved. One often-voiced criticism is that footballers are generously remunerated while nurses, for example, aren’t. Which are of greater value?

While the word ‘value’ has various dictionary definitions, for capitalism there is only one significant meaning, and that relates to profit alone. Footballers sell far more media subscriptions than nurses. Which is why the major factor driving the Super League is the production of a commodity that can be marketed around the world.

The big difference between1888 and now is that capitalism has moved on from the local (as it was already beginning to do even then) to the global. Football must reflect this. If it’s not the Super League then some similar formation will be required.

Supporters can gather outside clubs, chant their dissatisfactions and burn replica shirts all they like, but sooner or later commercial decisions will be the deciding factor in how the game is organised and played. It might be football in Britain, soccer in America, but the name of the game, as it’s always been, is profit.

The media has alleged that a deciding factor in making the infamous 6 change their minds was fan power, as supporters outraged at the prospect of their game being threatened by greedy businessmen forced them to abandon their plans. If only it was so.

When the Premier League was first launched a major concern expressed in the media was that the ready availability of televised football would result in fans no longer going through the turnstiles. Indeed, it was posited that entrance to games would become free to attract a crowd to provide the atmosphere.

Clever marketing sold the concept of glory by association to the point that some clubs had a waiting list for season tickets being sold at inflated prices. Cinemas showed matches live for those who could not afford either tickets or subscriptions.

The elite league as it then was quickly became a financial juggernaut, attractive to oligarchs, Middle Eastern princes and American speculators, among others. The Premier League became the ‘promised land’, the only worthwhile place for a club to be. A European Super League, by capitalist logic, would have been a reasonable next phase.

That it will not now be realised in its proposed form does not mean some version of it will not eventually emerge. If the financial imperatives require it to happen it will, whatever the opinion of fans, politicians or a media willing to curb their usual enthusiasm for free enterprise to court populist opinion. Not that such enterprise has anything to do with being free.

As with all aspects of life, free development is contingent on freeing society from the obligations of capitalism. Sport in general, football in particular, will mirror the social environment it exists in. Only with socialism and the subsequent absence of money can true sporting values be allowed to develop freely.