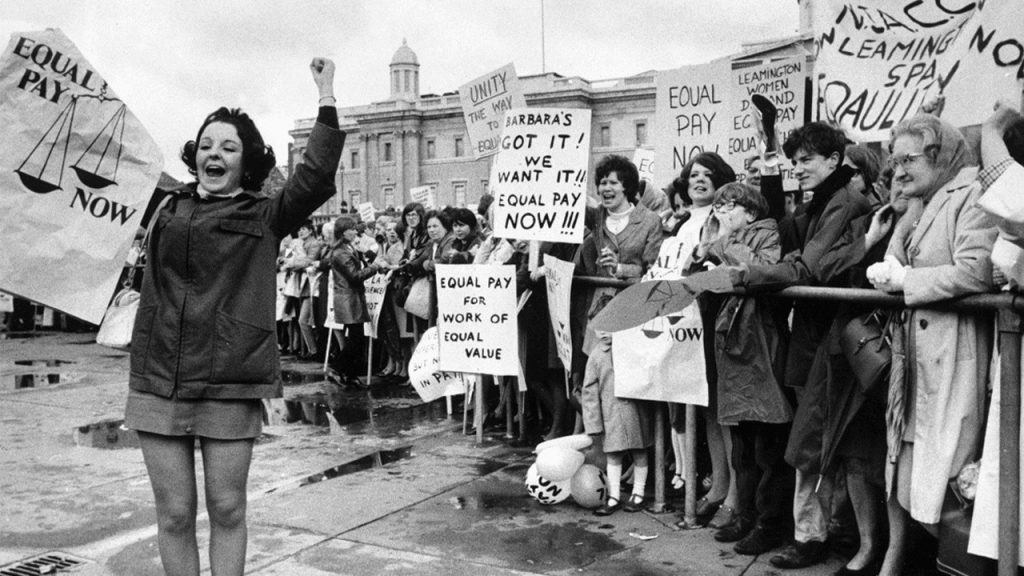 If the success of a movement is to be judged by the amount of popular misconception about it, then Women’s Liberation Movement have almost won. Discontented women have traditionally been a target for lewd contempt from gentlemen, and any dissatisfaction with their social conditions is often treated as a projection of sexual frustrations. Thus any woman who has ambitions above being a shorthand typist at work, a housewife at home, or a sexual vehicle in bed, is liable to be dismissed as a shrivelled spinster, or a hairy lesbian, or at any rate someone in need of a good, cleansing orgasm.

It was this sort of contempt which gave such licence for the maltreatment of the Suffragettes, who could be kicked and punched and mauled by the police and subjected, by the gentlemen of London, to such indignation as would under other circumstances have earned a court appearance for indecent assault. When the last Miss World contest was disrupted by a few Women’s Lib members Bob Hope, who is not a famous anthropologist or psychiatrist or sociologist, but who was earning a few bucks as compere to the flesh parade, could attribute the incident to the only possible cause that the demonstrators were junkies. Of course, Hope was in trouble; his gag writers had not supplied him with material for such an eventuality. (…)

The aims of the Women’s Liberation Movement—a free association between men and women, pure of the contaminations of capitalist society—can be attained only when capitalism is no more. Conditioned as we are to capitalism’s degradations, it is difficult to imagine what the freedom of socialism will be like. How it will feel, for a woman and a man to associate only because they like and respect each other. How it will be when sexual activity is not a matter of conquest and possession, not a suppressive neurosis too easily exploited to sell cars, hair sprays, washing machines, suitcases, toothpaste, politicians—but a pleasure. To reach that we need all of us to be conscious of our role in society and the reasons for it. From there we will not be far from the will to change our roles by changing society.