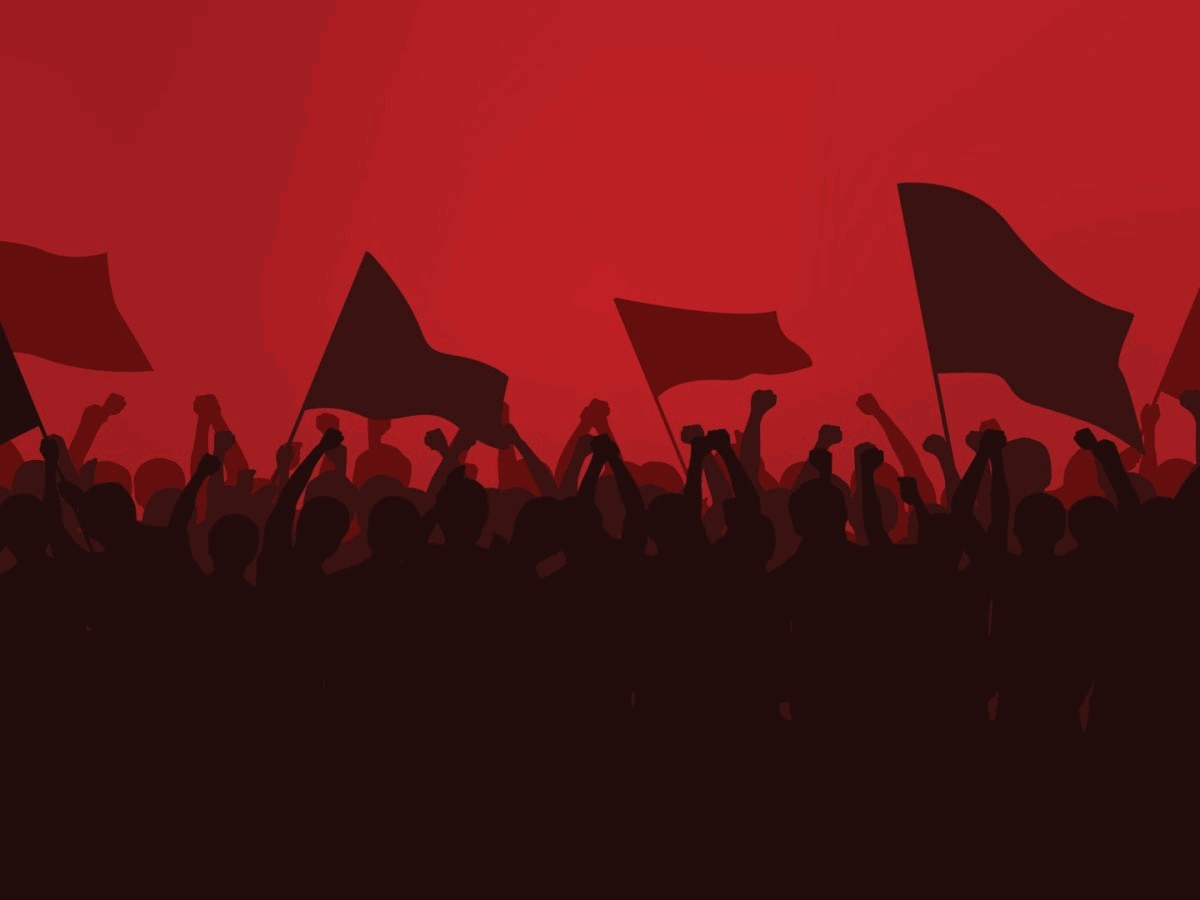 ‘Vasudhaiva Kutumbakam’ is a Sanskrit phrase found in Hindu holy texts such as the Maha Upanishad, the Rig Veda and the Bhagavata, which means ‘the world is one family’. Although anti-religion, the companion parties in the World Socialist Movement embody that concept in our axiom ‘One world, One people.’

The ongoing COVID-19 pandemic and the climate emergency has shown us that there is something very wrong with the system we live under. It has led many people to contemplate a future other than apocalyptic catastrophes and instead hold hope that the threat of pollution and plague might lead to a better world. Both crises have made clear the oneness of the peoples of the world. What we share is much more powerful than what keeps us apart. All people are inescapably interconnected, and the more we can come together to solve our problems, the better our chances that we can avoid a possible collapse of civilisation.

Capitalism, through its creation of a world market, has broken down many of the barriers between the nations. The capitalist method of production draws all the peoples of the globe together. But this same capitalism also promotes the strengthening of nationalism through trade wars that from time to time turn into armed conflicts to secure more of that world market. Commercial rivalries intensify national enmities. That is why the idea of a world community and universal peace cannot prosper under capitalist society.

Whereas the globalisation influence of the corporations is continually frustrated by competing national capitalisms, the internationalism of the working people is strengthened by the mutual solidarity of the interests of all the workers, regardless of their location or nationality. The position of the workers is almost identical in its essential features throughout the world. While the interests of the capitalists of different countries unceasingly conflict with one another, the interests of the working class coincide and workers come to realise this in the course of their struggles. For instance, in their attempts to secure higher wages, a reduction of hours, and other workplace protections, our fellow workers continually meet obstacles, which arise from the competition between the capitalists of various nations. An increase in wages or a reduction of the working day in any particular country is undermined by the competition of other countries in which these reforms have not yet been achieved. Such things convince workers of the solidarity of their interests and of the necessity for joining forces in the struggle to improve their condition.

Emancipation from wage slavery is unthinkable without a worldwide socialist reconstruction of society. The Socialist Party’s goal is the union of the workers of the whole world in a common struggle for liberation, the greatest social movement in human history. A movement is rooted in the blood, sweat and tears of millions who have spent their lives throughout history clamouring for a better society that works for everyone. This movement does not appear by magic and we need to consciously commit ourselves to the systemic transformation to a classless society where the resources of the Earth become the common heritage of all humanity. Humanity can work together to prevail over problems and learn the folly of battling one another.

The climate crisis and the pandemic demonstrate the mutual dependencies of the world’s peoples and the requirement that the planet’s resources be redirected for the service of health and peaceful life. The overriding goal must be human security, providing food, water, a clean environment and good health for people. Socialists recognise the value of collective social relationships. We’re brothers and sisters who must think and act cooperatively to achieve common goals.

We must become one world through genuine cooperation and collaboration among all the people of the world, coordinating to protect humanity. We need a mighty movement to transform the political institutions and economic structures. The same dedication and determination with which wars have been conducted through the ages must now be applied to building a peaceful and prosperous planet.

What is up to us within the socialist movement is to present a positive vision of the future. To point out all the mutual aid networks we see flourishing across the world. Now is the time for the alternative. Society must redirect the resources it’s currently wasting and instead provide for the needs and wants of people.

To survive and prosper, to fulfil our potential, we must reject divisions and recognise that it is possible to build a new system of social justice. From the chaos of the old, we can create a future civilisation in which humanity can live in harmony. In times of crises such as these, people are offering support to one another. This as an opportunity to reset society for a better future. We can rebuild our society in an egalitarian way, in an environmentally friendly way. We can banish the politics of hatred.

The Socialist Party proposes a society-wide democracy, and an end to the profit system. Working people have had enough of being fed the false arguments that human nature, over-population or shortage of resources prevent socialism and that we need leaders and a process of gradual reforms to bring about a socialist society. We have had enough of waiting. It’s possible now. We can bury forever all national chauvinism, racial prejudice, and religious bigotry beginning today.

One Reply to “Global Socialism”