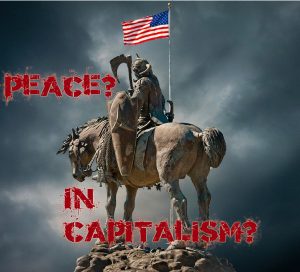 To mark the retirement earlier this year of David Krieger, founder and director for 38 years of the Nuclear Age Peace Foundation (NAPF), The Spokesman published a special issue, Waging Peace. The Spokesman itself is a publication of the Bertrand Russell Peace Foundation which was founded in 1963. The general aim of both these foundations is that of maintaining peace in a nuclear era world and to work to bring about the reduction, if not total abolition, of nuclear weapons.

This particular edition offers much good evidence of the need to stop war (of all kinds) but socialists have a number of points of issue to address that can demonstrate the clear need for recognising the imperative of superseding the capitalist system in order to achieve this goal. However, the publication refers to capitalism per se only occasionally as one of the stumbling blocks but never puts it directly in the spotlight.

Elephant in the room

Waging Peace contains twelve articles which have a common view of a world of states accepted as the norm, not questioned. The crying need to explore the reasons of how and why separate states develop animosity towards others is the elephant in the room waiting to present the socialist case. For instance Richard Falk, Senior Vice President at the Nuclear Age Peace Foundation and who has acted as counsel before the International Court of Justice states that geopolitical factors are not generally considered. He states that geopolitics subverts ‘the major premise of state-centric world order; namely, the equality of sovereign states’ (Article 2.1 of the UN Charter). ‘The Organization is based on the principle of the sovereign equality of all its members.’ However, Falk reveals serious flaws in a policy of so-called juridical equality:

‘A primary ingredient of sovereignty is the unconditional authority of states to determine their own security policy, especially in response to threats. The irony of the managerial approach is that the two states with the most plausible security justifications for recourse to nuclear deterrence, Iran and North Korea, are the only states under pressure to forgo or renounce such weaponry[…] Instead of juridical equality, nuclear weapons policy is geopolitically hierarchical’.

Another contributor, Daisaku Ikeda of Japan, founder of several international institutions promoting peace, culture and education, wrote in 2011 that we should abolish and dismantle not just nuclear weapons but ‘the war system itself’. He follows this with suggestions of how to measure military spending comparing this with what other, better, things could be done with that money for the good of populations around the world. Two examples: three hours’ equivalent worth of global military spending was what it cost the World Health Organization to eliminate smallpox; and three days’ worth of global military spending in 2011 could have taught the 275 million illiterate children of the world to read and write. Later he talks of the cold war and the fact that more than half of the world’s physicists were engaged in military research in order to manufacture more than enough nuclear weapons capable of annihilating the human race many times over. And then he declares ‘What absurdity! What an incredible waste of human resources!’ Well, absolutely, but the socialist answer to this would be that dismantling the profit system would have a much more solid assurance of improving, by abolishing, the various negatives listed in his article. Instead of a cry to dismantle the war system we say dismantle the whole profit system because this is what prolongs the inequalities and inadequacies facing us.

Commander Robert Green served in the British Royal Navy between 1967 and 1982 and was well acquainted with nuclear weapons. After retirement he talks of how, as a former operator of British nuclear weapons, he came to a gradual rejection of pro-nuclear deterrence indoctrination. He is author of Security Without Nuclear Deterrence published in 2018 by Spokesman Books. One of the points he raises about deterrence or reduction of nuclear weapons is that of a ‘new world role for the UK’. He sets out a case for the UK, as the smallest member of the P5 (the five permanent members of the UN security council which were the first five nuclear states) to claim a new world role by unilaterally declaring a rejection of nuclear deterrence. If they were to do so he writes that ‘an overwhelming majority of world opinion would erupt in support’ and ‘the UK would gain a global role in which it would be welcomed as truly a “force for good.”’ This may be a great rallying call but hardly seems realistic with the current global hegemonic order as it is.

Possible nuclear Armageddon is hardly something to view lightly but a writer of one of the articles certainly has an optimistic viewpoint offering two lights on the horizon. First, the Treaty on the Prohibition of Nuclear Weapons, the achievement of the International Campaign to Abolish Nuclear Weapons (ICAN) ‘is an essential and long overdue first step to the total elimination of nuclear weapons.’ This treaty is seen as a complement to the Nuclear Non-Proliferation Treaty and supposedly reinforces the commitment of its parties to non-proliferation.

The second light on the horizon is Global Zero which, among other things, has ‘developed a plan for the phased and verified removal of all nuclear weapons from military arsenals of the nuclear-armed countries by 2030 with continuing verification and transparency requirements for the entire process of dismantlement to total elimination.’ Again, no mention of the absolute imperative of capitalism and capitalist companies to continue making profit from sales of these to-be-eliminated weapons and all that goes with them.

An article titled ‘If weapons had been the answer’ by Fredrick S. Heffermehl addresses the manipulation and distortion over the years of Alfred Nobel’s statement on the establishment of the ‘Peace Prize’. It appears that Nobel’s words were about such things as disarmament, creating the brotherhood of nations and promoting the ideas of the peace congresses of the 1890s and, in fact, Nobel made specific mention of disarmament in his will. Heffermehl discusses the distortion of Nobel’s wishes as the prize is given regularly for reasons having nothing to do with his original intentions but is subject to ‘political and diplomatic pressure and a decay of justice’. Two examples of individual prize winners who can hardly be listed as peace activists – Henry Kissinger and Barack Obama.

Three quarters of the Nuclear Age Peace Foundation’s existence has been post-cold war and in those years there has been, globally, an enormous proliferation of all manner of weapons of war and especially the most dangerous of them – nuclear weapons. Treaties have been made and treaties continue to be broken, assuring us of negative progress. Why is that? Could it be linked to one of the biggest bugbears of socialists – reformism? So much of ‘Waging Peace’ is about reforming the system we have into one supposedly more favourable to the whole world’s population.

In 1984, during the cold war and just a handful of years before NAPF was established, a book was published addressing just that – The Futility of Reformism. The author, Samuel Leight, a member of the World Socialist Party of the US, headed Chapter 13 ‘The Inseparables (Capitalism and War)’ which ably and convincingly addresses all the problems raised above.

The book had an appendix of 36 pages, solely pertinent to this chapter, concerning the statistics of war from 1945 to the end of 1983. Leight gathered together information from encyclopaedias and various other sources including newspapers and listed them in chronological order, some of the events lasting for years, some for days and others going on intermittently. In addition to well-known international wars these include coups, invasions and general hostilities, most of them resulting in loss of civilian lives and wrecked communities with hardly a day going by without conflict somewhere in the world.

Leight drew attention early in the chapter to the month of July in 1983 when an article was published, ‘Even in ‘Peacetime’, 40 Wars Are Going On’ and that these hostilities claimed as many as five million lives. Certainly politicians worldwide claim to want peace and abhor war whilst building up their ‘capabilities’ for defence, never for attack, and they are always ready to blame the other party for provocation. Worldwide budgets for defence have risen year on year and international sales of war materiel continue to increase annually assisted by armies of lobbyists – layer upon layer of profit to be made throughout the whole continuous and continuing procedure.

Also in 1983 referencing a Los Angeles Times 16-page supplement ‘Servants or Masters? Revisiting the Military Industrial Complex’ Leight drew attention to statistics pertaining to the numbers of specialists engaged in Reagan’s five-year plan of expansion of ‘defence’ spending. Workers in the military industrial complex included 30+ percent of the country’s mathematicians, 25 percent of the country’s physicists, 47 percent of the aero/astronautic engineers and 11 percent of computer programmers. Nearly 40 years later no doubt the numbers in these areas will have changed as technology has changed considerably but it certainly holds true that a huge percentage of the workforce will still be working in this area of research, development and production. And, as in all areas of employment globally, individuals rely on this work to support their lives.

Leight wrote about the various treaties, especially relating to nuclear weapons that have been signed by different countries at different times only to be broken by one or other of the signatories at some future date, just as the contributors to Waging Peace also do. Some of his references were to older treaties such as one from 1925 on chemical and toxic weapons which have been broken by one or more signatories over the years as they discover even better (more lethal) options, leading him to point out the fact that ‘not only can governments not be trusted but the measures they support are not reliable or practical for their intended purposes.’ 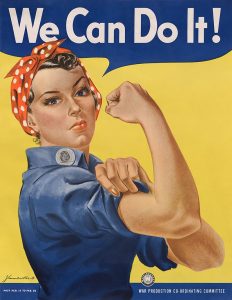 years, there has been a common factor which is that nuclear weapons only make sense as a means of deterring nuclear aggression by a potential enemy (whilst decades go by with increased yields of these weapons – greater deterrence?). Leight pointed out what should be abundantly clear to any thinking person – a nuclear war cannot be planned with the aim of winning it.

A brief look at active wars at the time this book was written – Iran and Iraq, Lebanon’s civil war, Afghanistan and USSR, Libya v. Chad, the Basque separatist conflict, Northern Ireland’s ‘troubles’, just to mention some, and all of these ‘Even in Peacetime’.

The final words from Samuel Leight: ‘As always, capitalism and war go hand in hand. “The inseparables” can never be separated. To get rid of one is to get rid of the other.’