Something about the recent revolt of the younger UK royals reminds us that celebs may be good box office but they are sometimes hard for the management to keep in line. Film stars are often notoriously hard to work with, and can misbehave off set too. They even insist on having their own ideas, as if they’re real people, and using media opportunities including awards ceremonies as platforms to spout their own pet worthy causes. Ricky Gervais nailed it recently, when presenting the recent Golden Globes, by asking the assembled luvvies not to lecture workers on life and politics when most of them have spent less time in school than Greta Thunberg.

But this problem may go away by itself, as new technology dispenses with reality entirely by creating a new population of purely virtual celebs who never have tantrums, make off-message statements, get caught in scandals or demand pay rises. This virtualisation has already started. In fulfilment of everyone’s perfect fantasy, actors can be ‘de-aged’ to play themselves when they were 30 or 40 years younger, as we saw with 2019’s Captain Marvel and The Irishman.

But that’s nothing. Actor Peter Cushing had a largish speaking role in the 2016 Star Wars movie Rogue One, a remarkable bit of casting considering he died in 1994. Now one company has bought the ‘rights’ to James Dean’s appearance and is proposing to have ‘him’ star in a new Vietnam movie. Ethical opinions are divided, with Marvel Studios perhaps surprisingly expressing moral repugnance (yhoo.it/38bKKra).

Think this is all rather creepy? Of course it is. This is another Alice-in-Wonderland rabbit hole that technology has opened up. But you can see the fascination. Suppose they remade The Maltese Falcon, or Casablanca, with today’s budgets and production values, but with the original actors? Wouldn’t people pay good money to see that? Or you could do mash-ups of different classics, featuring actors and storylines who never met in real life. Think Gaslight crossed with Diabolique. Gone With The Wind crossed with Cold Mountain and Red Badge of Courage. Or recast classic roles to see how other actors might have done it. What would James Stewart have done with 12 Angry Men, or Peter O’Toole with Psycho?

Ok ok, now starting to sound like the pub film buff bore. But you have to admit, there’s something horribly amusing about the idea of these privileged Hollywood legends continuing to be plundered and commodified in perpetuity, even after they’re dead. At least when we workers snuff it, the bastards finally leave us alone.

But wait, they’re not thinking this through. The tech will get cheaper, and then why only make box office movies for the family-friendly customer? Screw morals, why not take deep fake porn movies to the next level, with Marilyn Monroe or Jane Russell doing physically unfeasible things with Errol Flynn or Elvis Presley? None of it’s real, so the punters don’t have to feel guilty. How dark and twisted could it go? How dark and twisted can capitalism go? Shirley Temple in a paedo slasher movie? There would be a public outcry. Eighteen months later it would be considered tame. Feminists would fight back of course. Annie Get Your Gun crossed with Death Wish for starters, then Mary Poppins and Terminator. All ideas copyright SPGB, by the way, and we will sue.

Then there’s the wages factor. At the moment they have to use live actors who will then be digitally converted into Bogart or Gable. Given that half of most films is CGI nowadays anyway, you could shoot the entire thing in CGI and then you can dispense with the bodies too, and just pay voice actors. If the tech continues to improve, with a big enough library of voice samples you can probably get rid of them too. Your entire production team could consist of a gaggle of pale and half-starved teenage computer programmers trying to support sick parents and pay their way through college on the minimum wage. Just watch the cash roll in!

Better still, with advances in AI, let the digital celebs write and star in their own stories. They can direct and produce them too. So you won’t need to pay writers (always an awkward resentful bunch) or directors (prima donnas) or even producers (jumped-up investors). It could be just you, sitting on a 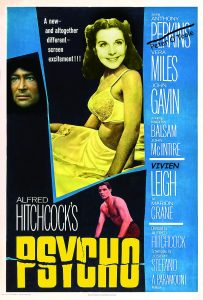 mountain of cash, with more pouring down on you like a perpetual money monsoon from heaven.

Better still, the AI celebs will take over altogether and manage their own finances, PR and contractual negotiations. Then they’ll finally sack you too, and good riddance. And then, supposing that AI celebs really are smarter than humans, perhaps they’ll start using their awards ceremonies to lecture us on why we should have abolished capitalism and established socialism when there was still time to do it.

But probably by then there won’t be anyone left alive who cares anymore. The audiences will all be virtual too.

Two recent news items illustrate capitalism writ large and writ small. One, the Australian wildfire apocalypse, is a tragedy that makes any further comment redundant. The other is quite trivial, ridiculous even, yet is a perfect example of capitalism making complicated and wasteful what socialism would make simple and economical: the matter of phone chargers. In 2009, there were over 30 different types of charger, generating an estimated 51,000 tonnes of waste and giving everyone a drawerful of old and useless cables. European regulators have got this absurd superfluity down to three charger types, but Apple has been deliberately uncooperative. ‘A common charger should fit all mobile phones, tablets, e-book readers and other portable devices,’ says the European Parliament (bbc.co.uk/news/technology-51137069). But this self-evident truth flies in the face of capitalist reality, where competition constantly bucks any trend toward standardisation. In socialism, production would not be atomised by a farcical war of competing interests, so parts could be interchangeable, repairable, recyclable, and standardised, while minimising waste and environmental impact. Common sense, right? Not in capitalism.