Many people point out the astonishing extent of inequality under capitalism. For instance, the twenty-six richest billionaires own as many assets as the 3.8 billion people who make up the poorest half of the planet’s population. Supporters of the present system sometimes defend this by saying that capitalism is not a zero-sum game.

By this is meant that it is not just a matter of a pie of a fixed size, so that if a small number of people get large slices, the majority each have to do with smaller helpings. Rather, they say, capitalism is a non-zero-sum game, where the size of the pie is not fixed and can be expanded. Thus a small minority become richer and richer, but each member of the majority can get a larger share too. So, in theory, everyone benefits, even if some benefit more than others. As another cliched metaphor has it, a rising tide lifts all boats, both big and small. 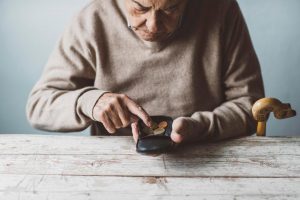 One pro-capitalist writer put it as follows: ‘wealth creation is not a zero-sum game. Those producing and trading goods and services for profit are not taking anything away from others – the producers and traders are creating material values that would not exist without their productivity’ (capitalismmagazine.com, 27 November 2017).

Except that by ‘producers and traders’ here was meant the capitalist class, so this is a completely twisted view of who produces the wealth. Further, the capitalists are indeed ‘taking things away from others’: the workers they employ and exploit.

It is certainly true that, in general terms, the amount of goods and services produced under capitalism does increase. But the profit motive means that capitalism actually restricts output and, if we want to talk in these terms, limits the size of the pie. Unprofitable goods and services are not produced, and much effort is put into useless or actually harmful industries: banking, armed forces and so on.

It would be straightforward to provide enough food to feed the global population, but this does not happen, as so many do not form a useful (from the viewpoint of profit) market.

And it is simply not the case that things continually get better over time: for instance, the number of children and pensioners in absolute poverty in the UK increased in 2017–18, including an extra 200,000 children.

Last year, a report from the New Economics Foundation showed that, in terms of real living standards, people were worse off on average than they were in 2008. Life expectancies of children have been reduced by three years or so. Globally, the number of people with not enough to eat has risen for three years in a row. Meanwhile, the share of income going to the world’s top one percent has nearly tripled in the last four decades: so their boats (superyachts, presumably) have risen much further in a tide which has benefited most people far, far less.

So talk of expanding pies and non-zero-sum games does not in any way justify a system that means unimaginable riches for a few in contrast with varying degrees of poverty, destitution and insecurity for so many, and that prevents a true effective abundance being produced.