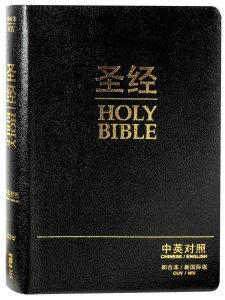 ‘China is set to censor all translated versions of classic religious books to make sure that their messages reflect the principles of Socialism’ (dailymail.co.uk, 27 November). Such news concerning Emperor Xi’s regime comes as no surprise
to socialists. Kautsky in his Foundations of Christianity shows how its teachings
were turned from those of a rebellious sect into a state religion, suitably servile
and cringing. All religions have been, in all phases of history, the allies of the ruling classes in keeping the masses bent under the yoke. Churches have crowned the peoples’ oppressors, and crucified our forebears. New Age religion is merely the old repackaged in a new, modern form.
Rather than obeying a priest, they choose the form of our own mental domination and the flight from reality into a magical world. Socialists, by contrast are scientific materialists. We argue that the origin and development of the universe, of life, of society and religion itself can be explained adequately without recourse to the so-called supernatural, and that this is an integral part of socialist theory.

Mao stated in 1949 ‘China must utilize all the factors of urban and rural capitalism that are beneficial and not harmful to the national economy and the people’s livelihood, and we must unite with the national bourgeoisie in common struggle. Our present policy is to regulate capitalism, not to destroy it’. Time to banish gods from our minds and capitalists from the Earth.

No masters
During the election SPEW, formerly Militant, stated that the Labour manifesto ’offered ’a glimpse of jobs, homes and public services for the 99%, protection
for our environment – and making the capitalist class pay. No wonder the boss
class and their representatives in politics and the press attack it – they will do
anything to prevent a Corbyn victory’ (socialistparty.org.uk, 27 November).

No and no. The manifesto was for reforming capitalism. A real socialist revolution would see all means of production transferred to the community to be used, democratically, to directly satisfy people’s needs without any top-down control.
Corbyn was as little a threat to the status quo as earlier Labour leaders. What did they do for us? Just look at Labour’s record. Wage freezes ,benefit cuts, racist immigration controls, strike-breaking, student tuition fees, etc, etc. Briefly, running capitalism on its terms of profits first. Corbyn in office would have ended up doing the same as all previous Labour governments have. Capitalism simply cannot be reformed to work in the interest of the many.

Free access
‘Jeremy Corbyn and John McDonnell are part of a breed of socialists who argue
that this time will be different. Socialism never failed, they insist: only the walls,
barbed wire and jackboots did. So what they plan for Britain, while radical, is bound to work! True, it’s more radical than anything done in any European
country today. Comparisons with Venezuela or Cuba or Soviet Russia are unfair, they say. But there is one model that today’s socialists talk fondly about: the Israeli kibbutz’ (spectator.co.uk, 30 November).

Yet more nonsense. ‘Maduro recognizes Venezuela is still a capitalist-based 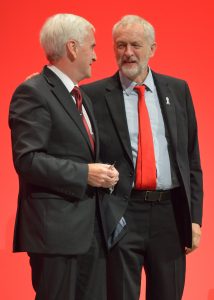 economy…” (mintpressnews.com, 31 May, 2018). Fidel said in 1988: ‘We are
capitalists, but state capitalists. We are not private capitalists’ (Daum, Walter, The Life and Death of Stalinism, 1990). Lenin wrote of Russia in 1918: ‘reality says that State capitalism would be a step forward for us; if we were able to bring about State capitalism in a short time it would be a
victory for us’ (The Chief Task of Our Time).
Socialism can only be a world community without frontiers. It cannot be established in one country let alone on one farm. The kibbutzim do show that human beings can live without money and can work without wages, but their small scale means that what they can offer is very restricted. In practice they have paved the way for the development of capitalism in Israel and some have themselves become capitalist institutions employing outside wage labour and producing for the market with a view to profit.