Take a Tip From Me? 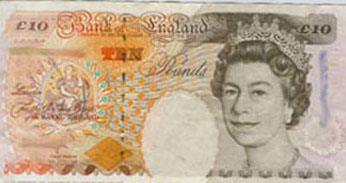 You tip the waiter but not the cleaner, the taxi driver but not the bus driver. Should you tip in a restaurant but not in a pub? Social customs, like tipping, differ from country to country, from situation to situation and change over time. Here, Ian Parkin explores the origins of tipping, its geographical and social nuances, and suggests its subservient nature is an anachronism.

It has filled the pages of countless tourist guides and been a topic of social etiquette for centuries. To tip or not to tip: how much to tip and who to tip? Recent news reports of high street companies regarding tips as profit have made the issue even more divisive.

Whenever I go to a restaurant, whether it is with friends, family or loved ones, we always end up disagreeing about tipping.

I recently booked a table at a restaurant and arriving early was shown to the bar. The barman serving offered, or should I say, persuaded me to add the cost of the drinks to my table bill. I wondered why since I was offering cash. The penny dropped when the bill arrived: it was a great deal more once taxes and gratuities were added.

There is the legal, government-imposed 20 percent Value Added Tax and a 12 percent service charge, which, I appreciate, is not obligatory. You can ask for it to be removed but must suffer the social embarrassment that this request involves. But the expenditure does not stop there.

The attending staff ask: ‘Was everything okay for you with your meal and the service?’ Which very much feels like a strong hint for: ‘Don’t forget my tip?’ When this is all added up, 12 percent service, a customary tip of at least 10 percent along with the 20 percent VAT: my bill has rocketed by a whopping 42 percent – almost half the total price.

On another occasion, when making a reservation at a different restaurant, I was informed that the restaurant levies a 10 percent music charge for the entertainment provided. In small print at the bottom of their menu it also states that a 12 percent service charge would be added to the final bill, and, true to form, the staff were still angling for their tip.

Furthermore, I am given to understand that 10 percent is increasingly being considered as a derisory gratuity. In the USA between 15 percent and 20 percent is now the threshold of social acceptability, if you don’t want to be branded a ‘Canadian’ (the insulting term for a mean tipper).

So, to tip or not to tip then, that is the question. It confronts us in so many social situations these days. But, before I attempt to offer an opinion on the subject, there are a number of factors to consider; not least the historical origins, the cultural, social and economic traditions and, not to forget, the political ramifications.

It is generally believed that the custom of tipping began in the taverns of England in the 17th century. Patrons would offer their waiter or server some money, ‘To Insure Prompt Service’, making the acronym a ‘tip’. The practice seems to have quickly caught on and soon spread among the taverns, pubs and restaurants of the time.

Similarly, guests who stayed in private homes around this time would pay monies to the servants as a gift; these gifts were known as ‘vails’. However the practice of vails predates tipping and as far back as the 16th century and earlier, during feudal times, lords and ladies who travelled the dirt roads of England would give a coin to longbowmen to ensure their safety of passage.

One popular misconception is that tipping started in the USA since they are the society that promotes and champions tipping more than any other. In fact, until the early 20th century, Americans viewed tipping as inconsistent with the values of an egalitarian, democratic society and at variance with the principles of the Founding Fathers.

The US, unlike Europe, had no aristocratic tradition but was founded on the constitutional principle that ‘all men are born equal’. The aftermath of the Civil War saw wealthy Americans beginning to travel to Europe in significant numbers, and returning home to the States they brought the tip tradition with them to demonstrate their status and sophistication as well-heeled and well-travelled.

And, as tipping spread, like ‘evil insects and weeds’ according to a New York Times report in 1897, many thought it was incompatible with America’s democratic ideals. ‘Tipping, and the aristocratic idea it exemplifies,’ commentators said, ‘is what we left Europe to escape.’

Opposition to tipping was not limited to the media and, in 1904; the Anti-Tipping Society of America sprang up in Georgia. 100,000 members signed pledges not to tip anyone for a year. Leagues of travelling salesmen opposed the tip, as did most labour unions. In 1909 Washington became the first of six states to pass an anti-tipping law.

William Scott wrote a stinging diatribe against the practice in his book, The Itching Palm. In it he condemns the policy of paying for a service twice – ’once to the employer and again to the employee’. He criticises tipping as ‘democracy’s mortal foe’ that creates ‘a servile attitude for a fee’.

‘In the American democracy,’ Scott cautioned, ‘to be servile is incompatible with citizenship’.  ‘Every tip given in the United States is a blow at our experiment in democracy. The custom announces to the world… that we do not believe practically that ‘all men are created equal’. Unless a waiter can be a gentleman, democracy is a failure. If any form of service is menial, democracy is a failure. Those Americans who dislike self-respect in servants are undesirable citizens; they belong in an aristocracy.’

Scott continues: ‘If tipping is un-American, some day, somehow, it will be uprooted like African slavery.’

One periodical of the same era deplored tipping for creating a class of workers who relied on ‘fawning for favours’.

But hostility to tipping was not limited to those previously mentioned. Some proprietors also regarded tips as equivalent to bribing an employee to do something that was otherwise forbidden, such as tipping a waiter to get a larger portion of food.

And more broadly in society, tips, gratuities and gifts were viewed pejoratively; to curry favour, secure a contract, to win a bid or gain an unfair advantage.

Despite this opposition, while diners and servers alike haven’t stopped grumbling since about the system of tipping, there was no serious legislative effort to end the practice.

Prohibition, when introduced in 1919, made the sale of alcohol illegal and had a huge impact on hotels and restaurants which lost a major revenue stream. The resulting financial pressure converted proprietors to welcome tipping as a way of supplementing employee wages. Contrary to popular belief, tipping did not necessarily arise because of servers’ low wages – the waiter profession was relatively well paid in the era when tipping became institutionalised. And tipping persisted.

The new laws rarely were enforced, and when they were, they did not hold up in court. By 1926, every anti-tipping law had been repealed.

Ultimately, even those who, in principle opposed the practice found themselves unable to stiff their servers. Samuel Gompers, President of the American Federation of Labour and a leading figure of the anti-tipping movement, admitted that he ‘followed the usual custom of giving tips’.

In Britain after the Second World War, the period became known as the post-war consensus (1945 -1979) during which time both the Conservative and the Labour shared common ground on policy.

Nationalised Industries such as the then General Post Office (GPO) strongly discouraged their staff from accepting gratuities and local authority workers such as refuse collection had ‘no gratuities’ marked on their vehicles.

The process of tipping itself is whimsical and ambiguous. The people that tip tend to have golden rules about who to tip that, in fact, do not stand up to scrutiny when analysed. People tip when travelling. They tend to tip taxicab drivers, who are in fact self-employed, but they do not tip a bus driver, a train driver or an airline pilot.

People who tip when dining, tip a waiter or waitress in a restaurant but not in a café, coffee shop or an airline steward. Furthermore, they do not leave tips for the kitchen or cleaning staff that contributed towards them enjoying their evening.

Tipping is therefore both capricious and illogical and engenders a ‘doff the cap’ mentality. However, on a positive note, it does afford the individual the opportunity to express their appreciation for a job well done. But it should of course be the norm that a job is well done and not the exception.

Tipping is an anomaly and not all tips get to be kept by the intended recipient. When a tip is included in a credit card payment, there is no guarantee that the person it was intended for will receive it and furthermore they have no right to it.

Many establishments operate a ‘Tronc system’ under which all tips are collected by the Troncmaster, the monies are then pooled and shared between all employees, both front of house and back room staff.

I am reliably informed that New Zealand once displayed a sign in their airport arrivals lounge to the effect that: ‘Our people are paid good wages and there is no need for tipping’. And in Japan I understand that tipping is rarely seen and any direct offer of money is viewed as rude.

In Britain there is a legal minimum wage in place to ensure that people do not rely on the ‘grace and favour’ of a no-wage or low-wage economy, where tips are often used to make up wages.

Tom Bishop, head of travel insurance at Direct Line said: ‘Our laws prevent restaurants in Britain from using tips to up salaries, meaning that there is not an established tipping culture in the UK.’

It can be argued that we should not support tipping but strive for increases to minimum wages and to lessen the disparity of wealth. Furthermore, it is difficult to support Fay Maschler’s idea of a legally-enforced service charge (Evening Standard  28 August 2015). Restaurants should pay their staff realistic, living wages. Whether a tip or service charge is expected or legally imposed to supplement low wages; it is in fact exploitation of both staff and customers.

Tipping is an anachronism that finds its roots in class-based society and encourages staff to be subservient. All the time that we find ourselves living in the money-orientated, capitalist system we should reject the notion of tipping and gratuities in favour of increased wages and a more egalitarian society.

The realisation of a socialist system would of course render the whole process of capitalism as a social economic system redundant – and tipping with it.