No outsiders in the class war

Two Birmingham primary schools starting the new autumn term will see the reinstatement of the ‘No Outsiders’ programme, dedicated to teaching LGBT rights and earlier suspended after being strongly opposed as non-age-appropriate by Muslim parents, an opposition widely interpreted as homophobic (BBC News, 3 July – bbc.in/2xrzTZZ).

Muslims in Britain suffer their own share of discrimination, so you might imagine that such a marginalised group would be more sympathetic and respectful of other groups in the same situation (in the jargon, ‘intersectional’) and so less likely to dish out discrimination of their own. But you’d be wrong.

For example, racism is notorious in the gay community. For ‘a glaring personification of the lack of intersectionality that exists within broader gay culture’ see ‘Gay bars can be mind-bogglingly racist’ (bit.ly/2xLeUlf).

Then there is the trans-terf war, which has ripped the LGBT community apart to the point where dialogue and compromise have become well-nigh impossible. This is partly a product of post-modernist ‘queer’ (LGBT) studies, in which the concept of gender as being socially constructed has moved the emphasis away from simply ‘owning’ identity towards ‘performing’ it, thus disappearing Alice-like down the rabbit hole to a Wonderland where anyone can identify as anything and any attempt to deny this is an oppressive act.

The fuss isn’t so much about women self-identifying as trans-men, it’s mainly the other way round. Many women are furious at what they see as a new form of male colonialism, in which men, accustomed to getting their way on everything else, now attempt to hijack womanhood itself. Others see it as an existential threat, a sinister plan to ‘deconstruct’ that womanhood out of existence. You can’t fight for equal rights if you don’t even exist.

Here is a domain where common sense has no sway. Is it reasonable for a man self-identifying as a woman to be allowed to swim in the women’s swimming areas of Hampstead Heath in London? No, you say? Yes, according to new rules from the City of London Corporation (Evening Standard, 23 May – bit.ly/2NIkFKZ). If a man self-identifies as a woman, should s/he be entitled to enter women’s refuges? You might call that crazy, yet Women’s Aid has indeed caved into this very demand and changed their entry policy accordingly (bit.ly/2Jpp1m9). Some situations you simply can’t win. An attempt to combat the colossal rate of violence against and rapes of trans-women in male prisons resulted in one trans-prisoner being admitted to a women’s prison and then committing several sex offences against women inmates (bit.ly/2zxUg9d).

Lesbians meanwhile are proposing to quit the LGBT collective (‘Get the L out’) in protest at the idea that someone with a penis must be accepted as an authentic lesbian, with the further implication that if they refuse to have sex with such a ‘lesbian’ they are being somehow oppressive.

Such protestors in turn are pejoratively labelled TERFs (Trans-Excluding Radical Feminist) by transgender activists. Do most trans-women really expect to speak for all women? Do they really have a male colonial agenda? Do they really expect lesbians to accept them as ‘dykes with dicks’? Almost certainly not. Most trans-women would just like to get through the day without being spat on or hospitalised. They are rejected as men, obviously, but women are also slamming the door on them as women. So they are treated as sideshow freaks, as something less than human, as a perfect target for violence and murder (‘Transgender hate crimes recorded by police go up 81%’, BBC News, 27 June – bbc.co.uk/news/uk-48756370).

Why has this situation blown up now? It’s partly a matter of technology. Successful transitioning from one sex to the other has not been possible until comparatively recently, so society has never really had to deal with this debate before. It raises all sorts of new questions about what we mean by gender, and whether we can continue to see things in binary categorisations (male/female, straight/gay) or whether in fact these are more like shades on a spectrum. And academic LGBT theory is running far ahead of the herd. Capitalism has only very recently started to normalise homosexuality, and then only in some places, and that has an ancient pedigree. There is really no precedent for people changing biological sex, and that is a challenge too far for those brainwashed with gender stereotypes and looking for someone easy to punch.

Now even anarchist and class-war political groups have waded in and taken up mutually hostile and hard-line positions. Liberals wanting to do the right thing are utterly perplexed. Express an opinion at your peril.

This is the war of all against all, the political nightmare of identity politics, a world of echo chambers and mutual rage, a world where everyone shouts and no one listens, where class consciousness evaporates and the working class eats itself alive. Who’s right, in all this? That’s just the point – everybody and nobody. Identity politics is never a battle of right versus wrong, it is always a tragedy of right versus right. In the multiple pile-up of discriminations capitalism engenders, nobody escapes completely innocent or unscathed.

So much for gurus

You might at least expect the Dalai Lama to rise above it all. But this widely-revered guru and living saint (and self-declared feminist), again caused a furore recently by reiterating his 2015 remarks that any female Dalai Lama ‘must be attractive, otherwise it is not much use’ and ‘[If not] people, I think prefer, not see her, that face’ (Telegraph, 2 July – bit.ly/2L9wOqe).

What would happen to the identity debate in socialism, a world of free association and free access, where nobody has power over anyone? There are no gurus to guide us there either. Nobody knows how gender and sexuality may evolve when society has stopped making war against itself. Perhaps there will be a continued trend towards post-humanism, as organic and machine technology converge in symbiosis. Maybe more people will want to change sex, or live as multiple sexes, whatever that means. Conversely it’s possible that the current preoccupation with sexual and gender identity will come to be seen as irrelevant, an obsessive hang-up among many others typical of the capitalist age. From our barred window looking out from the current madhouse, we can’t even say for sure what sanity looks like.

What is likely though is that people will adopt the practical limitation of freedom not licence. What this means is that you are free to do anything you like but you do not have licence to impose on the freedom of others. Anyone who objects to this is free to style themselves as an ‘oppressed minority’, however in a democracy there are always minorities, and not getting your way on everything is not the same thing as oppression.

Returning to the present, the 2014 film Pride told the true story of lesbian and gay activists making common cause with striking Welsh miners who, for their part, had to confront their own entrenched homophobic attitudes. The film’s feel-good message was unequivocal – if we are workers, whether we’re gay, straight or whatever, we’re on the same side in the class war, and fighting the bosses is what brings us together. Class consciousness transcends all and unites all.

The problem is, this consciousness of being part of a class prevails best when the external class threat is felt urgently and equally by all affected workers, as in the case of a strike or a lockout. But it’s rare for a threat to be that localised and acute. The class war is not just a street battle or a strike, as the Left romanticise it. Class is really the dynamic expression of minority ownership of the means of living. We, the overwhelming majority excluded from and by this ownership, feel its force whenever we have to get up for work, tolerate our boss, pay our bills, swallow our dignity and accept our limitations.

Some workers face additional problems that come at them in different ways depending on who, when and where they are. Some of these forms may be just annoyances, but others can spell deadly danger. Sometimes they come from the police and the state, but often they come from other workers who are angry and ignorant and ready to lash out at somebody vulnerable and within reach. If you belong 100 percent to what society calls ‘normal’ then you won’t be especially vulnerable or exposed, and you might be tempted to downplay these effects as trivial, or even imaginary. But if you are exposed, they can loom so large that they fill your horizons and eclipse all other things. And here is why class consciousness begins to fracture and fall apart. When you suffer as a victim, you don’t care if you’re helping to victimise others. If you’re a battered wife, you don’t care if you’re also a racist. If you’re a male with your head under the boss’s foot, you don’t care about your attitude to women. If you’re attacked as an Asian, you don’t care if you’re also homophobic. Individual identities become locked into silos, and communication is cut off. Class consciousness is dead. Game over.

Hijacking at the intersection

If you don’t want the capitalist class to win, you have to force people out of these silos by offering a generalised view of discrimination they can all relate to. Intersectionality was an attempt to do this, by creating a common framework of overlapping or ‘intersecting’ discriminations, but which has largely been taken out of context and distorted.

The trouble is, some people are too fired up to focus on common frameworks, and will seize any excuse to promote their unique victimhood (the ‘I’m more oppressed than you’ game). As soon as you accept the idea that people really do have different experiences of discrimination, and you try to understand these differences in order to work together, they will twist this into a promotion of their own agenda.

This is not a reason to throw the baby out with the bathwater, however. If your class consciousness is strong and coherent, then acknowledging as workers your different 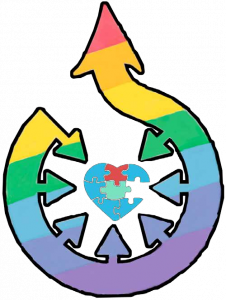 lived experiences will only make you stronger. And make no mistake, it is vital to acknowledge these different experiences, because in the past what has passed for class politics on the left has too often been the uni-dimensional preserve of a dominant identity group while other groups were ignored, marginalised or even excluded. In practice this leads to a self-perpetuating cycle in which like attracts like and the circle never widens. It’s no good if you’re attracting one person but putting off nineteen or twenty others because they fear they won’t fit in. Class consciousness, properly understood, is more than just being against capitalism and bosses, it is also about ending minority ownership and all discrimination, and it requires some positive attributes too, like inclusivity, empathy, the ability to listen and share, to criticise honestly and to be open to criticism in the same way. This is the class consciousness socialists need to create, because it’s the only kind strong enough to defeat capitalism, and that means including all workers, with nobody left outside.

We are sorry to say that Summer School won’t be able to go ahead now. Fircroft College have had to cancel the booking, which is unfortunate but understandable given the current situation.