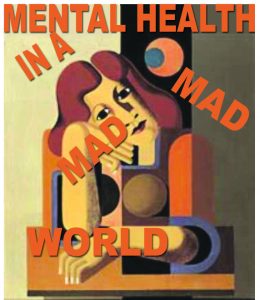 Most of us are likely to experience mental ill-health at some point or another in our lives. For some it might be a short episode of low mood, or feeling a bit fed up and will usually pass within a few days or weeks at most. While for others it may include prolonged periods of intense depression and possible suicidal thoughts. And in the most extreme cases, the ending of one’s own life.

So, what are the reasons that cause so many people to feel so hopeless and helpless as to feel that they have no choice but to take such a desperate measure as suicide?

The answer to this is of course a very complex one that cannot possibly be attributed to any one single factor affecting any one person’s life. For most people who feel there is no longer any point to their existence, the chances are that their problems and challenges feel insurmountable and impossible to deal with, and as such they cannot face another day of the relentless torture associated with their thoughts and feelings of perpetual misery.

Sometimes these feelings can be caused by biological factors that affect thought patterns within the brain, while for many these feelings are entirely as a result of environmental factors.

The brain is an extremely complex and intricate part of the functioning of the human (and other mammals) body. Comprising some 86 billion cells known as neurons, it is the command centre of the nervous system that in turn controls the body’s sensory organs and outputs information to the muscles, which in turn control movement.

The brain is responsible for producing a number of hormones associated with pleasure including dopamine, oxytocin and serotonin. They each in their own unique way and when in balance are supposed to maintain a healthy and happy state of mind and mood. But what happens when things go wrong?

For some people they will no doubt take matters into their own hands. That is to say, they

will quite often try to alleviate their symptoms by self-medicating in order to induce some kind of relief from the stress and/or misery that they are experiencing. This might take the form of a quick puff on a fag or maybe something stronger like a spliff – which some medical professionals say may actually worsen the situation. Some may hit the booze, while for others a coffee and a cream cake might offer a quick fix.

Should things not improve it may well become necessary to book an appointment with the local GP. No doubt having waited for several weeks for your appointment to finally arrive, it may be that having discussed the matter with your hard-pressed doctor you will be presented with a prescription for any one of the myriad antidepressant drugs available in order to try and lift your mood by restoring the natural chemicals that are missing. A further appointment will probably be made and following on from that, if the meds have worked and some relief has been found then you will probably be advised to keep taking the pills, given a pat on the back and told to come back if the symptoms worsen. On your way out you will probably pass another long line of people with identical problems waiting for their 10 minutes with the Doc and another repeat prescription for their preferred choice of antidepressant drugs. While somewhere in the background, the big pharmaceutical companies who produce these drugs are laughing all the way to the bank.

In Scotland alone there has been a significant rise in the rates of suicide between 2017 and 2018. Recent figures show that in 2018, 784 people took their own life, an increase from 680 the year before, with the increase in suicide rate among young people age under 25 in Scotland, the highest annual rate since 2007. While over the last 5 years, 3,560 people took their own life. Making the average suicide rate in Scotland for that particular period 13.4 deaths per 100,000.

James Jopling, Executive Director of Samaritans Scotland, said: ‘Suicide is preventable. And that means not just looking at access to mental health services, but also at how money worries, job insecurity, experiences of loneliness and disconnectedness can impact young people’s wellbeing … People of all ages reach out to the Samaritans for a wide range of reasons – some of the most common include worries about their mental and physical health, family and relationship breakdown and feelings of loneliness and isolation. Just under a third of people who contact Samaritans express suicidal thoughts and feelings’.

While these figures are but a snapshot of the picture in Scotland, the issues are the same the world over. And while each and every government or NGO attempts to solve these issues in their own way, there will never be enough resources available to deal with the epidemic that is such a blight on what the professional politicians and leaders like to describe and convince us is a civilised society, and the only one available to us. No matter how hard they try to dress things up with their many brainwashing initiatives such as ‘resilience building’, ‘managed expectations’ and ‘dealing with disappointment’, there can be no escape from the harsh reality and brutality that is the fall-out from the present global (dis)order, and root cause known as capitalism.

What can be done?

Regular readers of this magazine will be all too aware of the issues raised within this article, most will readily relate to its content and will need little advice or information about the underlying cause and affects that capitalism has on predominantly the working class (I would not be so foolhardy as to suggest that members of the capitalist class are somehow exempt from feelings of clinical depression). However there can be little or no doubt that the challenges faced by the working class are far greater than those at the top of the tree looking down.

So, what can and must be done to find a cure for this imbalance and exploitation?

Far be it from us to sound like preachers or motivational speakers – we’re sure you get enough of that bullshit when attending works seminars and such like. You know the kind of thing, everyone in a room for team building exercises, being forced to pair off with someone you don’t really like, or worse still, if you’ve drawn a particularly short straw, the ‘team leader’ – the company man (or woman) for whom the company is the be-all-and-end-all in their life.

Given that socialism – properly understood – has never had the chance to be tested anywhere in the world before it is almost impossible to know precisely how this new system of society will unfold. That said, we can be sure of one thing, it couldn’t possibly be any worse than it is for most of us under capitalism.

No more wars or terrorism, no more greed, hunger and thirst, no more decision-making based on budgets or cost effectiveness, no more social isolation or loneliness, seclusion or discrimination, no more choosing between heating or eating, and the list goes on and on and on.

With people throughout the world living their lives according to their own self-defined needs and in harmony with each other for the benefit of each other, there can be no doubt 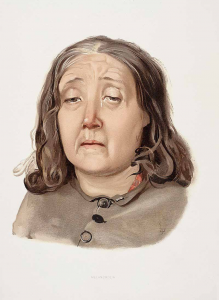 that slowly but surely as we all work together in order to reverse the damage caused by around 300 years’ worth of the destructive fallout from capitalism, people’s health, both mental and physical will improve dramatically as we all give and take our share of working together towards a truly civilised society, where no one will be left behind to fend for themselves. The elderly, the disabled, anyone born with a genetic condition and who may be predisposed to mental health issues, will all receive the best treatment and care without having to consider costs.

In truth, and for the sake of the continuation of our species, we simply cannot afford to do otherwise.