Tucked away on BBC3 is a worthy, if a little rushed, drama which aims to explore and explain how people can come to adopt far-right views. The Left Behind follows Gethin, a young man living with his sister, along with her husband and child, in a run-down Welsh community. The family is threatened with eviction from their rented home, and approaches the council for help with finding other accommodation. A new housing development is being planned, but the family realises that a place there won’t be within their financial reach. When they become homeless, the council doesn’t place Gethin with the others in temporary accommodation, as he’s not classed as a ‘priority’. So he ends up sleeping rough, alongside his father who fell into homelessness after losing his job. Gethin works whatever shifts he’s given in a fast food joint, which isn’t enough for him to have either enough money or enough fulfilment in his job. His gang of friends live similarly precarious lives, with little prospect of anything changing for the better. They blame their situation on immigrants and Muslims, who they believe have taken ‘their’ jobs and houses. The gang’s growing nationalist, far-right views push them to extremes against a local family who run a halal butcher shop.

The Left Behind’s writer, Alan Harris, based the script on research by sociology professor Hilary Pilkington, who has studied what motivates people to espouse far-right beliefs. At only an hour long, the drama doesn’t have time to go deeply enough into the reasons, but it tells a sadly plausible story. It’s set in a community where most people have to struggle on a low income with the threat of homelessness, and research suggests that these circumstances can breed support for far-right views. The play’s director Joseph Bullman says that a feeling of ‘hopelessness’ drives people to the far right. ‘Most of those people, when you read the studies, live ultra-insecure lives in ultra-low wage jobs and they can’t have a narrative for their lives. They feel humiliated, excluded and left behind’ he said at the film’s premiere (www.bbc.co.uk/news/entertainment-arts-48723274). Someone who feels hopeless is likely to believe that they have no power or influence, especially over their own lives. A misguided way of compensating for this is by trying to get power over other people, shown in the drama through the gang trashing and then burning down the halal butcher shop. The gang, and their real-life equivalents, scapegoat Muslims for their own and society’s problems. Prejudice against Muslims is a common route for people who adopt far-right views, as found by Professor Pilkington’s research. It’s easier to blame another group (especially if they look a bit different) than to understand the economics behind issues like low-paid work or the housing shortage. 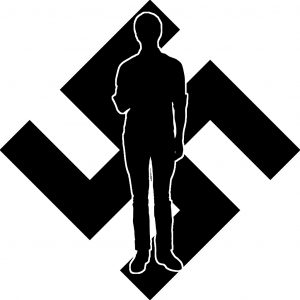 It’s a complete myth that Muslims are prioritised for social housing or jobs. Those who hold this misguided belief don’t seem to bother asking themselves why religion would be used as a criterion for shortlisting, whether for a home or a job. Councils and companies just don’t work like that. Right wing falsehoods get stirred up by social media, usually as mis-spelt rants on message threads. People of similar views reflect and reinforce each others’ beliefs, an ‘echo chamber’ based on ignorance.

Islam, and other religions, should be criticised for their tenets and practices, but challenging this ideology in a legitimate way requires evidence and rational arguments, best delivered calmly. The far-right takes a stereotypical, alarmist view of Islam, a false starting point which isn’t likely to lead to a reasonable debate. Threats, abuse and violence are used because their arguments are so weak.

Nationalism goes with far-right views. In the drama, the gang talks of ‘standing up for Britain’, which rests on the wrong assumption that Britain is theirs to defend. It’s a case of mistaken identity. The far right, whether as a group of alienated young people or political organisations, see divisions between people in nationality, culture and ethnicity. The real division in society is between the minority who own and run things and the vast majority, of whatever nation, culture or ethnicity, who have to cope as best they can with their circumstances. Unfortunately, the play only hints at the reasons behind the bigger picture.

Where the research behind the script comes through clearest are the scenes with Gethin arguing and pleading with the council housing officer. Their replies of ‘we have a limited number of properties and we have to prioritise people’ and ‘there’s only so much we can do’ must have been said thousands of times in real-life council offices. The other characters representing some sort of authority tend to hide behind bland, hollow turns of phrase when challenged about the system. For example, the councillor at a public meeting about the out-of-reach housing development uses ‘I understand your frustrations’ and ‘I will be working my hardest to take that forward’. Even the manager of the fast food caff pretends his zero-hours-contract staff are ‘associates’ who ‘facilitate our customers’ needs’.

The scenario shown in The Left Behind shouldn’t make us jump to the conclusion that living in poverty automatically leads to being a right-wing numbskull. And while the drama may describe how some people sink to the far right, it’s certainly not the only route. Abhorrent racist and nationalist views are obviously also found among the rich and the reasonably well-off, with different causes. What anyone in the far right has in common is not seeing the real reasons behind society’s problems, and using this to encourage harmful divisions between people.