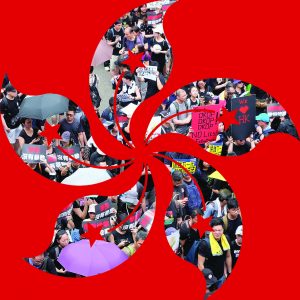 On 9 July, Hong Kong Chief Executive Carrie Lam declared that a widely unpopular extradition bill, which had already been suspended by the Hong Kong government, was ‘dead’ – albeit not formally withdrawn, as most of the protestors against it had been demanding.

And what a protest it has been. Over recent months, hundreds of thousands of people (nearly two million on 16 June) have regularly swelled the streets of Hong Kong in opposition to the legislation, which amongst other things would make it easier for crime suspects to be removed to the mainland. The mostly non-violent demonstrators have faced rubber bullets, batons, pepper spray, water cannons and tear gas from the police, as well as opposition from counter-protestors.

Hong Kong has long been a place of refuge for dissidents and activists fleeing persecution in China. These fugitives include some rich Chinese capitalists who have fled to Hong Kong in fear of losing their wealth. But they also include many political activists. The concern is that those extradited to China could disappear or be subject to vague or trumped-up charges and unfair trials.

Such fears are well-founded. Recently, university students from Peking University who tried to link up with workers have disappeared, a fate that regularly befalls workers and students deemed a threat to China’s authoritarian state. To take another example, in 2015 five booksellers specialising in publications critical of the (so-called) Communist Party disappeared. And Hong Kong activists have been detained upon crossing the border. It is unsurprising that many young people fear for their futures.

We can see in these protests an impressive display of people power. With limited electoral means, protests and occupations of public spaces and buildings are the only way that many locals feel they can express their opinions. They are participating in a long tradition of civil protest in Hong Kong. In 2003, for example – just six years after the formal handover of Hong Kong from Britain to China – an anti-subversion bill, Article 23, was withdrawn after half a million people took to the streets. But many of those involved in the recent protests are too young to remember this event or even to have been involved in 2014’s ‘pro-democracy’ Umbrella Movement.

Clearly, these protests – and Lam’s apparent inability to contain them – have rattled Beijing. The Chinese government will be deeply concerned that the unrest might spread across the border to Shenzhen or other Chinese cities and connect with the struggles of industrial workers. Predictably, media coverage of the protests in China has been minimal and propagandistic. After all, Chinese state media ruthlessly suppress public discussion of events such as the 1989 massacres of students and workers in Beijing and other Chinese cities or the recent, massive anti-pollution protests in Wuhan. When Hong Kong has been mentioned, Chinese media have described the mainly non-violent protests as an outbreak of criminality and an affront to public opinion. As is usual in authoritarian states, the media have also blamed the disturbances on foreign meddling. But while there is no doubt that foreign powers are using the situation in Hong Kong as a political football (particularly in the context of the ongoing US-China trade war), the suggestion that such massive protests are the result of Western manipulation is absurd.

There is no doubt, however, that many of the protestors harbour illusions in nationalism. Surveys show that most people in Hong Kong, especially younger age groups, proudly identify as Hong Kongers rather than Chinese. Some protestors are driven by nativist resentment, blaming mainlanders for rising living costs. Others want to take Hong Kong back in time: some of those who stormed the Legislative Council building on 1 July (the anniversary of Hong Kong’s return to Chinese sovereignty) even carried Union Jack flags. Politicians and other nationalists in the UK have made the most of this regressive nostalgia. The British Foreign Secretary even threatened China with ‘serious consequences’ if Hong Kong’s ‘freedoms’ are not protected.

Of course, the freedom that capitalists are most concerned about in Hong Kong is the freedom to continue exploiting the working-class. The small minority of socialists and anarchists on Hong Kong’s streets know that working-class people in Hong Kong (and elsewhere) cannot be truly free in a capitalist society. The removal of the extradition bill may prevent some of the repression faced by activists, but the basic problems faced especially by younger workers in the region – such as unaffordable housing, falling real-terms wages and relentless gentrification – will not be solved either by ‘independence’ or a return to the colonial past.

These protests, which are still ongoing, do not express a socialist perspective. But we do not dismiss the participants as naïve idealists, or worse still, as the ‘useful idiots’ of Western imperialism, as Stalinist organisations like the CPGB-ML do in a direct echo of Chinese state propaganda. We admire the determination of the mainly working-class protestors to stand up to the system. Being ‘leaderless’, mostly non-violent and massive in scale, these demonstrations display some of the features that will be required of the socialist revolution.