Freedom of Movement: Another Euromyth

Freedom of movement: Can wage workers ever truly have it? 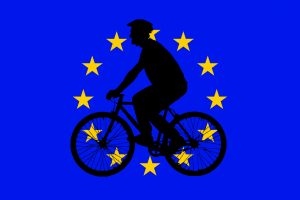 Genuine socialists seek to abolish class, and with it the money, wages and nation states which facilitate its reproduction. As such, one could say that the freedom of labour will become as irrelevant in socialist society as the freedom of capital. However, socialists accept that work of some form – in contrast to wage labour – will continue to exist in a democratic society. It follows then that there will still be ‘workers’ who would benefit from an enhanced and genuine freedom of movement. In a border-free world, workers will be able to reside where best suits their abilities and needs, without the constraints of economic and social mobility.

The socialist response to this is to categorise freedom of movement in the EU as freedom of movement of wage labour. This, of course, is oxymoronic. Under a wage labour system, freedom of movement is utilised to facilitate economic and political regression. Freedom of movement undoubtedly generates national and ‘racial’ divisions between workers in a context of false scarcity. It is also, in reality, a contradictory concept to say the least. At its southern frontiers, workers from outside the EU are often presented with a grave fate quite polarised from that of freedom.

Economic migration is seen as undermining wage rates, and placing a strain on welfare resources. To many in deprived areas, these arguments against immigration have become intrinsically logical and deeply engrained. Despite its considerable merits in comparison to a system of economic migration such as ‘hukou’ in China, Liberals and Social Democrats obnoxiously replicate and encourage support for right-wing populism by acting as dogmatic apologists for the EU.

Unfortunately, recent political developments have provided increasingly fertile ground for smug liberal apologism in certain circles as well as right-wing populism in deprived economic regions. As this binary divide deepens, it increasingly becomes perceived as a question of good and evil. Going by results in the recent EU elections, potential socialist sympathisers seem to have been unable to not prioritise supporting the supposed ‘good’ option.

As socialists, we are right not to take sides in capitalist debates such as Leave or Remain, but we must be forthright in our economic critique. In other words, we must challenge, engage with and supersede capitalist debates and binaries. It is up to us to present the objective and inherent forces of capitalism as being to blame for economic deprivation, monotony, strife and the working class’s distance from any influence over their communities and society in general. It is only the socialist critique of capitalism that can reconcile the interests of workers. Only socialism can rebuild a sense of empathy between deprived workers inside relatively desirable borders, and those who are desperately trying to reach them. Ultimately, all workers are driven by a sense of fear regarding our own ongoing economic security – it is socialism’s job to bring those in the same economic class together politically.

It is vitally important that socialists provide a critique of EU freedom of movement, if we don’t, right-wing nationalists and vacuous liberals will continue to be able to frame a capitalist binary divide and prevent socialism from taking root in the working class.