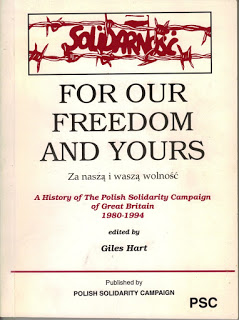 No one committed to the interest of the working class could have failed to have been moved by the events in Poland of August and September 1980. Here, under a dictatorial regime which had not hesitated to shoot down striking workers in the past, hundreds of thousands of workers went on strike to obtain elementary trade union rights, formed their own inter-workplace liaison committees and eventually forced the leaders of the dictatorship to come and negotiate in public, with loudspeakers relaying the negotiations to the assembled workers outside.

We, naturally, were moved and immediately issued a statement on “The Class Struggle in Poland” which began:

“The Socialist Party of Great Britain applauds with sympathy and admiration the courageous stand of the Polish strikers in their struggle to independently organise and negotiate over the wages and conditions. Their action bears out what we have consistently claimed and what no amount of repression, censorship. and pretence can indefinitely conceal. Poland is no “workers state on the road to socialism’’ but a state capitalist, one party regime, where the working class inevitably comes into conflict with those who control the means of wealth production and distribution.”

Others who were moved were some ex-Trotskyists who took the initiative to set up a Polish Solidarity Campaign in September [1980]. This book is a detailed. almost blow-by-blow history of that organisation. Its original aim was to get the TUC and the Labour Party to withdraw their “support” and recognition from state employer-run puppet organisations” as they correctly described the official so-called trade unions in Poland.

Believe it or not, they had some difficulty in achieving this, with the TUC and other unions continuing to invite representatives from the official state “unions” to their conferences, and with Tony Benn, for all his talk about the need for more democratic and trade union rights in Britain, playing a particularly shameful role as what Lenin once called a “useful idiot”.
After General Jaruzelski imposed martial law in December 1981 the PSC had more success but another problem arose. Two separate Trotskyist groups tried to take the PSC over. They failed and the sort of manoeuvres they resorted to—and still resort to with regard to other organisations—are well-documented and exposed in this book. One reason they failed (apart from the fact that the ex-Trotskyists in the PSC knew from their own Trotskyist days exactly what was going on) was that they weren’t wholeheartedly opposed to the Polish regime. They regarded it as a “deformed workers state” but a workers state nevertheless. A “workers” state that oppresses the workers—such is the absurd position of orthodox Trotskyism.
In the following years the PSC’s emphasis shifted from supporting working-class struggle in Poland to supporting the demand for an independent (of Russia), democratic Polish State. In other words, Polish nationalism replaced working-class solidarity. In fact, the PSC became little more than a publicity organisation in Britain for Solidarity, even after it evolved into the right-wing Catholic trade union and political organisation it is today.
We in the Socialist Party didn’t make this mistake since we never supported Solidarity as such but rather the workers’ struggle against their state-capitalist bosses. And our solidarity was with our fellow workers in another geographical part of the world struggling to establish elementary trade union and democratic rights, not with the “people of Poland” trying to establish a capitalist democratic state.
Adam Buick