Book Reviews: Boris and the Bolsheviks 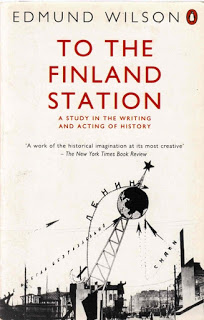 The late Edmund Wilson’s book was originally published in 1940. with the subtitle “A Study In The Writing and Acting of History“. The aim was to demonstrate a progressive development from the French Revolution of 1789 to the Russian in 1917. As Wilson stated in his 1971 introduction:

This book of mine assumes throughout that an important step in progress has been made, that a fundamental “breakthrough” had occurred, that nothing in our human history would ever be the same again. I had no premonition that the Soviet Union was to become one of the most hideous tyrannies that the world had ever known.

In the same introduction Wilson made it clear that he expected socialism to be the outcome: “the Russian Revolution was . . .  to scrap a commercial civilization and to found, as Trotsky prophesied, the first really human society”.

In fact, what occurred was the overthrow of the feudal nobility. The “hideous tyranny” that followed served to hasten the development of capitalism. Instead of heeding Trotsky, Wilson would have done well to note what Marx had to say on the subject of social change:

Even when a society has got on the right track for the discovery of the natural laws of its movement . . . .  it can neither clear by bold leaps, nor remove by legal enactments, the obstacles offered by the successive phases of its normal development.

Conditions in 1917, with only a tiny minority of socialists and the workers of the world engaged in mutual slaughter, made a socialist revolution well-nigh impossible. 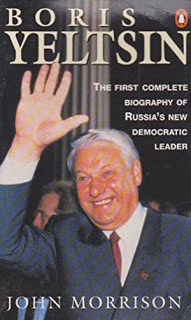 of Boris Yeltsin’s career. As a technocrat he made his reputation as a manager in the civil engineering industry. He became a professional Party man. Later he was promoted by Gorbachev to be head of the Moscow City Party Organisation. His relations with senior colleagues in the Communist Party became increasingly strained over the question of the pace of reform of the economy, with Yeltsin favouring a speedy transition to a “free market”. Yeltsin broke with the party and defeated its candidate Ryzhkov to become the first popularly-elected president of the Russian Federation, to gain “hero” status with the defeat of the coup. The book gives a good account of the political manoeuvring within the Soviet Communist Party, but little insight into the economic weaknesses that undermined the Party’s authority.

What is clear is the lack of even lip-service to world socialism by these leaders of the movement supposedly dedicated to that end:

Ryzhkov accused Yeltsin of pursuing a destructive policy which would “lead to the collapse of a state which had taken centuries to create”.

Hardly the words of someone dedicated to making the nation-state redundant. From the people in the street, it is no better:

Thousands of Yeltsin’s supporters rallied in central Moscow, bearing his portrait and waving Russian tricolor flags. “Boris Nikolayevich, fate has sent you to us” said one banner.

Under the Bolsheviks a large area of the world was transformed, from a peasant-based agricultural economy into a modern industrial capitalist society, with all the contradictions. The peasantry of former times has been transformed into a working class, literate, trained in science, technology and the skills of administration. In fact the pre-conditions for socialism have been established. More importantly, the failure of the Bolsheviks to achieve socialism is proof that it cannot be imposed from above.

Workers will find that Yeltsin will be forced to act on behalf of a social class whose interests are diametrically opposed to theirs, just as the Bolsheviks were, but. now out in the open. “The first really human society” can only be brought about by democratic action backed by socialist knowledge.