Between the Lines: An Open Letter to the Director General, BBC 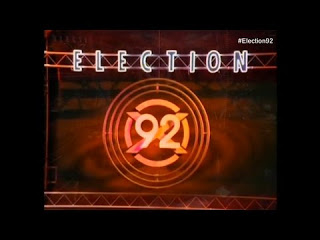 journalists to cover last month’s British general election. Some spent the duration of the campaign following the three big party leaders around the country; others attended the daily news briefings by the three big parties; some reported from marginal constituencies; others paid careful attention to the now discredited poll results. We assume that you would justify this as a useful expenditure of journalists’ time in covering what the BBC tells us is a democratic election.

The Socialist Party was formed in June 1904. We contested our first local election before the Labour Party was ever officially formed. Whatever attitude you might have to our clear-cut case for world socialism and nothing less, we trust that nobody at the BBC would try to dismiss our party as either incoherent eccentrics or insincere publicity-seekers.

Since 1945 no election year has passed without the Socialist Party mounting a campaign. Lack of funds prevents us putting up more candidates than one; in the recent election we stood in Holborn and St. Pancras. The right to stand in an election costs £500 and we have no rich businesses directors or union chiefs to supply such money for us. Standing in an election means more than having our name printed on the ballot paper. If elections are to be more than nominally democratic, the contestants must have the chance to put their case to those who are to vote. Neither locally nor nationally was one minute of air time devoted to our campaign or our message by the BBC in this recent election. Why not?

Permit us to anticipate your reply. There are agreements determining that only parties receiving enough votes to win seats in the previous election or contesting fifty or more seats in this one may have an official election broadcast. Small parties like ourselves must do our best to make “news”. The BBC is not intentionally discriminating against the Socialist Party.

As for the election broadcast carve-up. into which our political opponents cynically and undemocratically join, we can only note the absurdity of the situation. For example, prior to the recent election the SDP was given a broadcast, on the basis of its 1987 vote, even though the party no longer officially exists. More absurd still, the Natural Law Party, a crankish cult backed by a few millionaires and formed only this year, was able to pay the £25,000 required to stand fifty candidates and therefore had an election broadcast on BBC TV and radio. Their right to such a broadcast rested on the £24,500 higher price that they could afford to pay than our mere £500. Is this the best way to determine the democratic dissemination of ideas?

As for “making news”, we accept that there are cheap stunts that we could have performed which might have won us two or three minutes precious BBC time. We leave such electoral follies to the likes of “Lord Sutch” and others whose contempt for democratic and reasonable debate seems to make them attractive to TV producers. We are a thoroughly principled and peaceful party, but had we used our campaign to threaten bombing campaigns or mob violence that would doubtlessly be deemed “news” and we would be invited to explain our threat — if only so as to indict ourselves in public.
We note that the loser in the West Belfast constituency was given more than a little TV attention, regardless of the absurd media ban on Sinn Fein, when it became clear that the result of Adams losing his seat could well have had immediate military consequences. In Europe neo-fascists receive TV coverage for making disparaging racist statements. In this country left-wingers, in and out of the Labour Party, are often given BBC coverage disproportionate to their size because of the outrageous and politically embarrassing policies they sometimes espouse. Are we to assume that the price of “making news” would be for our party to descend to such a level? If so, the price will never be paid. If it is not “news” that a party stands in the election with the object of winning majority support for the establishment of a moneyless, frontierless, stateless society, then we shall have to continue to conduct our publicity without the aid of the BBC.

The question of whether the BBC’s lamentable failure to give any coverage to our party and its ideas, in or out of election time, is intentional is not the issue. Our protest does not rest on any conspiracy theory. Nor do we seek to reform the BBC. Wc do not expect money-dominated elections to be fair. We leave it to the good sense of the workers, whose ancestors fought for the vote, to decide whether or not to give a democratic hearing to the case for a sane alternative to the profit system. In the meantime we are willing to publish any response which you may wish to make.