The rich are still there 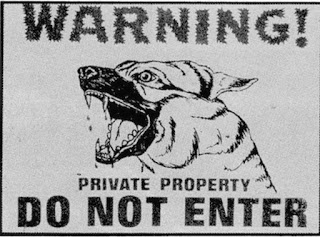 means of production while the majority are forced by economic necessity to work for a wage or a salary in order to live.

Whatever may have been the case at an earlier stage of capitalism, nowadays ownership of the means of production does not take the form of personal possession, management and appropriation of profit, but that of a legal right to draw an unearned income derived from their operation. The most obvious case of this are stocks and shares.

But since any income is a claim on wealth and since wealth can only be produced by humans working on materials that originally came from nature, all forms of unearned income are ultimately derived from the operation of the means of production and so represent a stake in their ownership even if no direct link can be established with a particular factory or mine or railway or whatever. Interest-bearing bank or building society accounts, and government bonds and National Savings, are, like stocks and shares, property rights over the means of production.

So, in modern capitalism, minority ownership of the means of production is not going to be a case of the minority personally possessing as their exclusive private property all land, factories and other workplaces, but of them having a disproportionate share of legal titles conferring the right to draw an unearned, or property, income from the operation of the means of production as a whole. What the statistics can be expected to show is not 1.2 or 5 percent owning 100 percent of unearned income yielding rights, but a range from those having little or no stake in the ownership of the means of production, through those having modest stakes of varying sizes, to those at the top end with stakes large enough to provide an income sufficient to free them from the necessity of going out and working for a wage or salary.

What the statistics show
So what are the statistics and what do they show? Ever since Sir William Harcourt introduced death duties in the budget of 1894, the Inland Revenue has possessed the raw data for working out the distribution of property and property rights in Britain. Once you know how much, and what type of wealth, people leave in their wills it is possible to estimate what and how much those who are alive own:

Briefly, the Inland Revenue collects information about the value of estates and. by applying factors based on inverse mortality tables, derives estimates of the wealth of the living . . . A number of adjustments have to be made in the course of deriving these estimates: some asset valuations have to be converted to values which are more appropriate to the wealth of the living; as no information is available on holdings of some jointly-owned property which would pass on death to the surviving joint owner, this data has to be imputed using limited data available from other sources; similarly, imputations are required for property held in some trusts and for the holdings of the smallest estates which do not require a grant of representation when passing on death. (Economic Trends. November 1991).

The results of these calculations are published each year in the annual Inland Revenue Statistics. The latest edition, that for 1991, came out in January. The provisional figures for the year 1989 are given in Table 1.

But revealing as these figures are, they are not those we are looking for since “marketable wealth” is precisely what the term suggests: wealth of any kind owned by an individual and which they could dispose of for cash. To measure the unequal stake people have in the ownership of the means of production what is relevant is not all wealth but only those forms that confer the right to pocket an unearned income. The ownership of means of consumption such as houses, cars and household goods needs therefore to be excluded. These in fact form a fairly high proportion of marketable wealth.

Distribution of capital
Unfortunately the figures quoted above are not broken down by type of asset, but the raw Inland Revenue data after application of the mortality tables are. The figure for this—called “identified personal wealth”—is somewhat less than the final adjusted figures as it excludes in particular any wealth owned by adults whose wealth holding is too small to have to be declared to the tax authorities (this applies in fact to 65 percent of adults) and also the wealth held in the trusts which are a favourite tax-avoiding device employed by the rich. In 1989 identified personal wealth amounted to only 65 percent of total marketable wealth.

What these figures show is that 46 percent of personal wealth takes the form of residential buildings and 8 percent of household goods, cars and other personal possessions, making a total of 54 percent. It is the distribution of the remaining 46 percent—consisting of stocks and shares, bank and building society accounts, insurance policies, government bonds and other financial assets, and land and non-residential buildings—that interests us since, as assets yielding an unearned financial income, they are forms of wealth that confer a stake in the ownership of the means of production. They are capital in the sense of wealth that is invested to obtain an unearned income, whether profits, dividends, interest or ground-rent.

What the figures for the ownership of such capital show can be seen from Tables 3 and 4.

As stated, these figures do not include wealth that does not have to declared to the tax authorities on death. Of this excluded wealth, all of that held in trusts by and for the rich will be capital and, if included, would increase the share held by the 674,000 individuals who make up the top 1.5 percent of capital-holders. The “wealth” of those who would leave ‘‘the smallest estates”, on the other hand, can be reasonably assumed to be in the form of household goods, personal possessions and perhaps a car rather than as capital except for paltry amounts in a bank, building society or the Post Office. Since 65 percent of adults, or over 28 million out of a total adult population of 44 million, fall into this category of “smallest estates”, we can safely say that two- thirds of adults have virtually no stake in the ownership of the means of production.
The conclusion from these figures is that the richest 1.5 percent—those with wealth of all sorts, not just capital, of £200,000 or more—own at least 36 percent of capital and of the different types of capital. 67 percent of shares and 62 percent of land. When the next richest category of those who own wealth of all kinds between £100,000 and £200,000 is added, it emerges that the top 6.7 percent own 61 percent of personally-owned capital, 85 percent of shares and 81 percent of land.

So the official Inland Revenue figures amply confirm the socialist analysis that capitalism is a class-divided society in which the vast majority own so little capital that they are forced by economic necessity to work for a wage or a salary for the benefit of the tiny minority who own so much capital that they could live off the unearned income.
Adam Buick
Next month: What about pension funds?