This has been the no-ideas election. It has been an insult to our intelligence. Whatever important right to make the working-class voice heard the Chartists of the last century were fighting for, it was not for this foul process of bribery by reform, propaganda by smear, and policy formulation by opinion poll.

But for the pitiful enthusiasts of either side—the Major minors and the pink-rosed tame Kinnockites—nobody believes for one minute that anything big divides the contestants for power. The pathetic Lib-Dems—less “preparing for power” than preparing for a dodgy deal with the highest bidder—and the half-cooked Greens with their dream of a green and pleasant capitalist land, are about as inspiring as a Heinz sponge pudding with ready-made custard.

The Communist Party, once destined to win a few hundred votes in safe Labour seats where life is so bad that Bucharest looked good, is no more, and apart from a few latter-day Leninist nuts the Left is left to cheer for Kinnock and hope that he dies painfully. The fact is that none of them, from Lamont’s lunatics to Lord Sutch and the avowed lunatics, have an idea worthy of more than three seconds’ contemplation.

If the electoral scenario has been bleak here, pity the American voters, the victims of seduction by such mindless wonders as Tsongas. Clinton, Buchanan and Bush. The only clear result so far is that most people who could vote won’t, and those who do are motivated by opposition to the nonentities who are worse than whoever they have wasted their primary votes on. The prospect of a race between Bush and Clinton, assisted by multi-million dollar ad campaigns and enough balloons to give a birthday party for every starving African child, is as dull as it is wretched.

Both the British general election and the US Presidential race are cynical exercises in mass manipulation. This trickery is paid for by those who are concerned to tranquilise the political imagination of the majority. A sleeping working class, either abstaining from voting or abandoning power by voting for leaders, is an exploitable working class which represents no threat. The workers, who run society from top to bottom by producing and distributing all wealth, are many; the idlers who own and control the means of life are very, very few. This election is about ensuring that the many follow the few.

The defenders of the profit system ought to be laughing right now. After all, do they not claim to have defeated “communism”? To be sure, the state-capitalist perversions of the profit system have been falling as fast as . . . well, as fast as British businesses, seeing as a comparison is required. And here lies the cause of the absent laughter by the profit system’s friends. How convenient it would have been for them if the bogus communist regimes had fallen at a time when capitalism was expanding—employment rising, businesses opening, banks doing well, the distinct stench of corporate corruption far away. But this is not the situation these political conmen must defend. Try as they might, it is hard for them to brush aside the tragedy of millions on the dole, record bankruptcies, house repossessions, kids begging on the streets, chaos in the NHS, BCCI, high interest rates facing workers in debt, growing racism, inner-city squalor and poll tax resentment . . . the litany of capitalist maladies is endless. 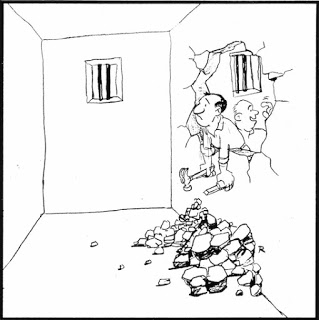 Yet all of the electoral contestants defend capitalism as not only a tolerable system but the best one, and not just the best but the only possible one. Vote for more of the same, they implore, all else is utopia. Even the pitiful Labourites, once the advocates of at least the tiniest of radical dreams, is now so much in love with capitalism that the Bank of England is to John Smith what a brothel is to a sailor. Where once Labour leaders would lyingly speak of some kind of an alternative to the profit system (even though it was only the sterile state-capitalist non-alternative), now Kinnock asks no more than that he may be allowed to run capitalism better than the Tories.

Not only the politicians themselves, but the commentators and the professors have run out of ideas. They are like Chekhovian caricatures, awaiting the grinding completion of history in a soon-to-come, never- to-arrive moment of stabilised capitalism.

In contradistinction to the intellectual bankruptcy of those who profess to be the ideas-people. the situation within the wider world of material reality is everywhere pregnant with contradiction and change. The rapidity with which the dramatic overthrow of the state tyrannies in Eastern Europe and throughout the Russian Empire took place is proof of the electrical current that makes history live for those with the vision to be part of it.

The mess of nationalist conflict and the virtual economic collapse that faces the new “free” states could lead to anything— except stabilised capitalism. The war in the Gulf, fought at a time when the political “experts” of capitalism told us that the world was at last safer if not safe, has left a mass of unresolved problems. In Africa, where they starve while dictators spit at democratic aspirations, the struggle for change is far from dormant. In America an economic crisis, accompanied by deep and unhealable cultural divisions, is producing the greatest collapse of confidence in US history—one which the usually conservative BBC commentator. Alistair Cooke, predicted could end in civil war.

What a time this is to be alive. Who can resist the urgency of taking a stand, offering ideas and solutions? Only the mentally strangled, suffocated by the theme tune of Neighbours and tamed into a political consciousness which will follow the crook with the best advertising slogan, can sit back in passive acquiescence. If ever the age of political valium addiction should end, when could be better than now?

But not only do all of the electoral contestants stand for more of the same old failed system; they dress up their support with the most puny of Big Ideas. Major’s Social Charter; Ashdown’s Proportional Representation; Bush’s New World Order; Clinton and Kinnock’s New Deal for America/Britain (delete as appropriate and swallow the contents in case they cause a bush fire). Nothing less exciting could be offered. Never in the course of political history has so little been offered to so many by such prats—and at a time of such possibility.

Here is a big idea: take the whole world and everything in it and let it he owned and controlled by the people who inhabit it. Let us no longer produce for profit hut solely for use. Let us do away with money and have free and equal access to available goods and services. Let us break down every national border and have a democratic global community, organised locally, regionally and worldwide. Let us stop tormenting ourselves with the nonsense that human nature makes us useless and foolish. Let us recognise that humanity is intelligent and co-operative and capable of living in harmony.

That is the vision. It is no utopia. It is realisable. It has never been tried. It offers a solution to the madness of having a world of potential abundance while millions starve and are deprived in a thousand different ways. It is a big idea. So big in fact that the little parties of capitalism — Labour. Tory, Republican, Democrat — can only deal with it by ignoring, distorting and ridiculing it.

The most exciting and empowering aspect of this big idea (call it World Socialism—call it Gladys if the word socialism offends you) is that it can only come about when the majority whose passivity gives leaders their power stop following and start uniting consciously and democratically.

Despite all the dishonest cynicism attached to this election, we do not dislike the ballot box. On the contrary, used by conscious men and women ballot boxes can be explosive. They can reflect the growing will, and ultimately the will of the overwhelming majority, against leadership and for World Socialism. When the workers of the world use their brain boxes and the ballot boxes, the consequence will be that the age of electoral following will end and John Major can go back to the circus.