“Let us not, however, flatter ourselves overmuch on account of our human 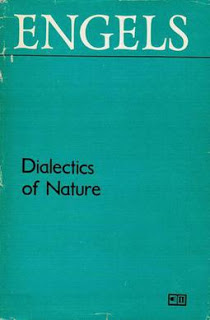 conquest over nature. For each such conquest takes its revenge on us. Each of them, it is true, has in the first place the consequences on which we counted, but in the second and third places it has quite different unforeseen effects which only too often cancel out the first. The people who, in Mesopotamia, Greece, Asia Minor, and elsewhere, destroyed the forests to obtain cultivable land, never dreamed that they were laying the basis for the present devastated condition of these countries, by removing along with the forests the collecting centres and reservoirs of moisture. When, on the southern slopes of the mountains, the Italians of the Alps used up the pine forests so carefully cherished on the northern slopes, they had no inkling that by doing so they were cutting at the roots of the dairy industry in their region: they had still less inkling that they were thereby depriving their mountain springs of water for the greater part of the year, with the effect that these would be able to pour still more furious flood torrents on the plains during the rainy seasons
. . .
Thus at every step we are reminded that we by no means rule over nature like a conqueror over a foreign people, like someone standing outside nature—but that we, with flesh, blood and brain, belong to nature, and exist in its midst, and that all our mastery of it consists in the fact that we have the advantage over all other beings of being able to know and correctly apply its laws.
And, in fact, with every day that passes we are learning to understand these laws more correctly, and getting to know both the more immediate and the more remote consequences of our interference with the traditional course of nature. In particular, after the mighty advances of natural science in the present century, we are more and more getting to know, and hence to control, even the more remote natural consequences at least of our more ordinary productive activities. But the more this happens, the more will men not only feel, but also know, their unity with nature, and thus the more impossible will become the senseless and anti-natural idea of a contradiction between mind and matter, man and nature, soul and body, such as arose in Europe after the decline of classic antiquity and which obtained its highest elaboration in Christianity.
But if it has already required the labour of thousands of years for us to learn to some extent to calculate the more remote natural consequences of our actions aiming at production, it has been still more difficult in regard to the more remote social consequences of these actions . . . But even in this sphere, by long and often cruel experience, and by collecting and analysing the historical material, we are gradually learning to get a clear view of the indirect, more remote, social effects of our productive activity, and so the possibility is afforded us of mastering and controlling these effects as well.
To carry out this control requires something more than mere knowledge. It requires a complete revolution in our hitherto existing mode of production, and with it our whole contemporary social order.”
Frederick Engels: The Dialectics of Nature (First English Edition. 1940. pp 291-294)