Book Review: Not just a singer

Chaliapin. By Victor Borovsky. Hamish Hamilton.
This book is a study of the rise of Fyador Chaliapin from poor uneducated 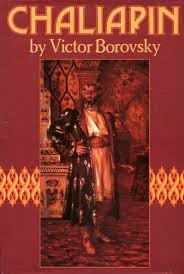 Russian peasant boy to the world’s greatest opera singer and dramatic actor. Its interest from our viewpoint is in the light it throws on Russian life and conditions between 1873 and 1938.
On achieving fame on the Russian operatic stage Chaliapin established a close friendship with the writer Maxim Gorky, who was keen to help him write his autobiography. Both came from the same Volga district, both born to peasant status (a crippling handicap in old Russia) and experienced from an early age the appalling poverty and misery of the Russian casual labourer. Both had in fact been Volga boatmen (the barge hauliers epitomised in the famous song).
Gorky was up until 1917 a constant supporter and financier of Russian Social Democracy, especially Lenin’s Bolshevik faction. It was in fact Gorky’s money that financed the Party school on the Isle of Capri in Italy. But in 1917 Gorky was already disillusioned:

The working class cannot fail to see that Lenin is only doing some experimenting with their living tissues, with their blood The working class must know that miracles don’t exist, that they are going to face hunger, the complete disruption of industry, chaos in transport, a long term of bloody anarchy, followed by a no less bloody and dismal reaction. Aren’t all those who disagree seized and dragged off to jail under the Lenin regime just as they were under the Romanovs.

Despite being sympathetically inclined to the revolutionaries before 1917 and certainly in favour of democratic freedoms. Chaliapin too became rapidly disillusioned with the Bolshevik regime and it was Gorky who advised him to leave Russia, which he did, never to return despite Stalin s blandishments.
At a time when thousands of Muscovites were living in “angles” (corners of rooms) Stalin offered Chaliapin a house in Moscow and a dacha in the country, almost anything in fact, to get him back to Russia. Chaliapin, to his credit, said. “He will give me money and a house but can he give me back my soul?”. Which was one way of putting it.
After leaving Russia Chaliapin went on to consolidate a reputation as the greatest operatic bass singer of all time. He was not merely the possessor of a mighty voice but was also a great dramatic innovator, infusing old and encrusted stage traditions with new life. He toured the world electrifying audiences everywhere.
Early in his career after his first visits abroad he wrote:

I have been all over Europe and have visited North and South America: everywhere I have seen Liberty, but nowhere greater freedom than exists in England. The meetings in Hyde Park surprised me especially. One hears Socialists and Anarchists speechifying almost side by side. The crowd listens with equal attention and respect to both of them. A Catholic defends his religion with fiery zeal, while not far away an atheist deprecates all faith no less ardently. I was very much astonished at some of the speeches that were translated for me by my Russian friends and my Russian habit of thought made me involuntarily wonder what the Police would say about it. At times I almost felt like asking the Park policeman how he could listen to such things unmoved. What an incredible phenomenon it seemed that a policeman should be the servant of free democracy.

This passage from his autobiography Pages from My Life, which, incidentally, was censored from the Soviet edition, shows Chaliapin to have been not merely a great musical artist and genius but an acute political observer.
It is regrettable that Dr. Borovsky (like so many Soviet-trained academics) is apparently ignorant of our existence and that we disowned the Bolshevik dictatorship in 1917—and that we still speak in Hyde Park.
Horatio