While many industries are suffering from the present slump, and their workers 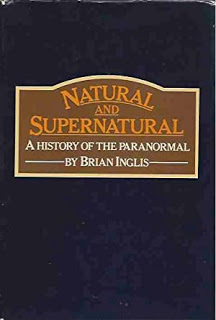 Anyway, Brian Inglis could spread himself on that in his second volume. He might like to hear of another uncanny case of paranormal powers, if he has not already written it up. A couple of years ago Patrick Moore was appearing on Pete Murray’s Radio 2 morning show. He told his listeners that while he was speaking the planet Pluto would pass directly behind Jupiter, thus increasing their gravitational pull, so that here on earth people could jump in the air and experience a floating sensation. Minutes later, “the BBC switchboard was jammed with calls from people claiming the ‘experiment’ had worked. A woman holding a coffee morning said she and her eleven guests left the ground and floated round the room” (Sun, 2.4.76). Another man “said he hit his head on the ceiling”. Patrick Moore thought he was hoaxing people on April Fools’ Day (Jupiter and Pluto could play hide-and-seek all day, and it wouldn’t affect the earth’s gravitation), but there is obviously more to it than that. These witnesses who thought they could fly because P. Moore told them they could on the radio must surely reinforce those other witnesses who thought their spoons were bent because U. Geller told them so on the radio. Or are we to accept the apparent deductions that sometimes people want to believe something so much that they succeed in convincing themselves it really is true? To help divert the workers from the economic and political realities the magical powers of Moore and Geller and the rest have an important part to play, however much scoffers and cynics may sneer. After all, the more people laugh and refuse to believe it, the more . . . Where have we heard that argument before?

Without question, Mr. Inglis is doing a great job for the ruling class. We can only hope he never bumps his head on the ceiling.