Book Review: Off The Rails 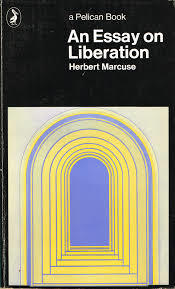 An Essay on Liberation by Herbert Marcuse (The Penguin Press)

Marcuse’s latest work is an attempt to amplify and elaborate ideas contained in his earlier books such as Eros and Civilisation and One Dimensional Man, in the light of recent developments and trends in world capitalism.

Nevertheless much of the book is shot through with a very fine thread of inconsistency and ambiguity in relation to what he says in some of his other works. For instance, he refers to the Soviet Bloc as “Socialist” without qualifying his use of the terms, whereas in his book Soviet Marxism he explains that although he refers to Russia as being Socialist he does not mean it to be understood as what Marx and Engels meant in their works. His use of the term “repressive bureaucracy” aligns him with those sections of the New Left who look upon Russia as a “deformed workers’ state”—as though a caste of officials are actually responsible for the social system there and not vice versa. Marcuse is too good a Marxist scholar to know that this is not the case. But for all his considerable insight in some fields, Marcuse could not be more out of touch with the real situation when he gives his appraisal of the student insurrection of May 1968 in France and the riots in the ghettos of America. In both of these he sees manifestations of a real, growing anti-capitalist movement. Of course they are nothing of the sort. The only aim of both the May students’ movements and Black Power is an amelioration of conditions within the wages-profit system.

According to Marcuse, the working class has been effectively incorporated into capitalist system psychologically and economically. He acknowledges that only a class conscious working class who want Socialism can bring about the socialist revolution. If it is true that they are so committed to capitalism, how are these powerful mental bonds which fasten them to the system, to be broken?

Marcuse’s answer is to point to the students—a new twist on the vanguard and élitest theories of Lenin and others. Not that Marcuse is actually putting forward the same idea as Lenin, for he knows very well that the working class are capable of understanding the Socialist alternative. However, he thinks that the students can be of help in arousing the workers’ awareness of their repression and servitude in capitalist society, although there is also the danger of them provoking a working class backlash, resulting in Fascist and semi-Fascist regimes. Marcuse stresses that “the established democracy still provide the only legitimate framework for change and must therefore be defended against all attempts on the right and Centre to resist the framework”. Socialists would certainly agree with this.

Creative and cultural possibilities in Socialist society, where repression has been abolished and technology and science serve mankind as a whole and not the interests of a minority class through the intensive exploitation of an enslaved class, are discussed (but a better account of this is to be found in Eros and Civilisation in a chapter entitled The Aesthetic Dimension.)

In spite of some glaring howlers, Marcuse’s work is interesting and stimulating nonetheless, and is far more optimistic in its outlook than much of the turgid drivel churned out by many left wing writers.