“Guild Socialism Re-Stated.”by G. D. H. Cole. 6s. Nett.
Among those whose wont it is “to meddle and muddle and fuddle” in vain 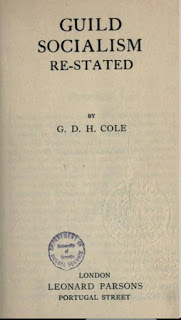