Wood for the Trees: Fake News

Socialists are amused at the establishment’s latest discovery: something called ‘fake news’. Information and its interpretation has, until the advent of the internet, traditionally been the preserve of the ruling class. Ownership of information (the media) is seen as a vital component for preserving the wealth and power of the 1 percent. Besides the handful of private owners (Murdoch etc.) their representatives in various governments have sought to monopolise the access to information. Socialists have, therefore, dismissed most of it as bourgeois propaganda and have always sought to render it transparent in terms of the agenda that defines its content (fake news). Can we ever disentangle the relationship between the events and their (political) interpretation? Of course raw data is useless without interpretation as can be seen from the information overload that is the World Wide Web. Let us engage in a thought experiment and examine what news might look like in a socialist society. 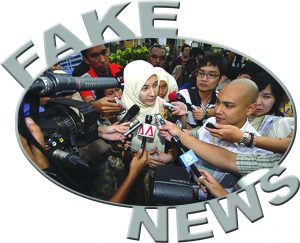 As a species we are always curious about the activities of our fellow beings and there’s no reason to believe that this will fundamentally change in socialism. In terms of global news there would still have to be a decision about the importance of any event. Those with journalistic responsibility (due to their talent in that area) will make this decision. Sometimes it will be obvious that an event has to be covered (a natural disaster or major technical failure etc.) otherwise an editorial judgment will be made. Upon the convergence of journalists at the required scene footage, interviews and interpretation would follow – just as it does today but with one significant difference: no political agenda. There would be no need to discover ‘scapegoats’ so as to deflect responsibility from one class to another, no need to feed the prejudice of the ideologies of racism, sexism, xenophobia, conspiracy or envy and above all there will be no need to protect the interest of privileged minorities – in other words it would not resemble, in any significant way, the ‘news’ we suffer today. In the absence of the political agenda outlined above what would be the nature of the interpretation of events in socialism?

Without the tensions inherent within class society the interpretation of events (the news) would assume that the mistakes (‘bad news’) are due to system malfunctions, human error, unforeseen natural formations or human scientific and/or technological hubris; the good news would, therefore, celebrate achievement in the absence of these qualities. Unlike today no default human malevolence would be assumed although the possible activity of psychologically disturbed individuals would not be entirely discounted.

Another important contrast to today’s newscasts would be the use of the historical perspective to explain the context of any event. History is humankind’s primary teacher. If we have failed to learn through the experience of the past then this will be highlighted. Socialist consciousness will allow journalists to access the dialectical processes inherent within any system and this will, hopefully, reveal the internal faults (or strengths) that have led to a ‘newsworthy’ event. From this the reader may assume, as we do, that this news of the future will be primarily ‘good news’ – something which is, with good reason, almost entirely absent in the contemporary media. Given our cynical cultural context many will roll their eyes at the perceived naivety and idealism of the above account of such a journalistic future unaware that this is a response conditioned by today’s media which seeks to explain events in terms of an innate and unchanging malevolent ‘human nature’ rather than by reference to the underlying tensions within capitalism.

Ironically one of the most infamous examples of fake news in recent times was the scandal of the ‘weapons of mass destruction’. In an attempt to justify the invasion of Iraq (for its oil) the Tony Blair government built a fantasy upon very flimsy and scant ‘intelligence’ that we were all in immediate danger from a weapons technology developed by a madman called Saddam Hussein. The British establishment chose to accept this as a show of loyalty to the flag bearer of international capitalist ideology (the USA) with the added incentive of a share of the liberated oil revenue. However this was such an extreme example of fake news that even the BBC exposed it as such only to have the journalist concerned martyred alongside his boss Greg Dyke for their pains. After the deaths of thousands of innocent Iraqis those who sought to expose the lies of the Labour government were justified and the reputation of both the Labour Party and the BBC should never be allowed to recover from such invidious and servile behaviour.

If the antithesis of fake news is real news how do we access it in a world of propaganda? Is there some source of raw data that exists apart from its interpretation? Given the impossibility of such an unpolluted reservoir of facts perhaps the duality of fake and real is unhelpful in this respect. We may replace it with the human traits of integrity and mendacity. In a society where the news is, like everything else, a commodity which is bought and sold the inability to understand the world in any other terms is intellectually and morally corrosive and inevitably leads to a level of mendacity. When the level of spin reaches such a lofty peak of contradiction then it usually becomes a matter of integrity and courage for those in a position to potentially become a whistle blower. That such individuals continue to exist inspires us all when our turn comes to articulate our defiance toward the manipulated consensus with the subsequent possibility of the loss of our job or even the love and respect of those whom we hold close.